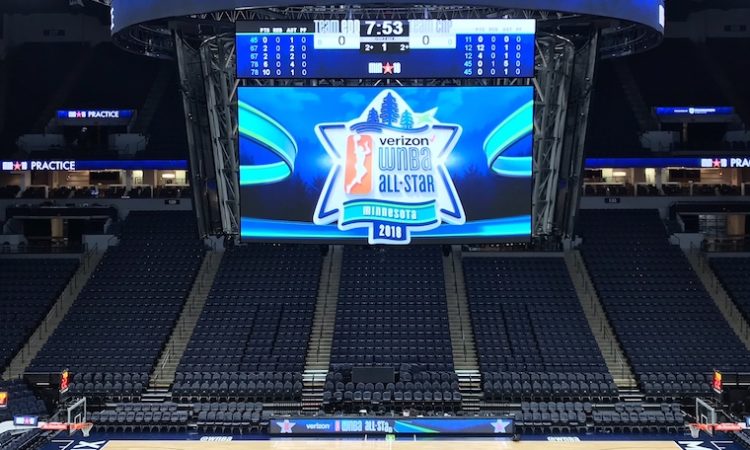 Target Center prepped for the WNBA All-Star Game over the weekend.

The voting committee’s visit was timed to coincide with the WNBA All-Star Game.
By Allison Kaplan
July 29, 2018

With sunny skies and WNBA fans lined up outside Target Center hoping to catch a glimpse of their favorite All-Stars, Minneapolis couldn’t have asked for a more picture-perfect weekend to impress the committee that decides where the NCAA Women’s Basketball Final Four will take place.

Minneapolis is one of eight finalist cities to compete for the Women’s Final Four for 2022, 2023, or 2024. The NCAA’s site visit was strategically scheduled to coincide with the WNBA All-Star game, which was played at Target Center on Saturday in front of nearly 16,000 fans—reportedly the biggest All-Star Game crowd since 2007.

Of course, from Super Bowl to X Games, Minneapolis has more than proven its ability to host national sporting events recently. The city is currently gearing up for the NCAA Men’s Final Four in 2019. But drawing women’s sports in particular is a priority, says Kathy McCarthy, public relations director for Meet Minneapolis, the city marketing organization, which is leading the charge to bring the event to town.

“We want to celebrate the fan base here for women’s sporting events,” McCarthy says. The 2018 NCAA Women’s Volleyball Championship will take place at Target Center in December. The women’s basketball finals haven’t been played here since 1995.

The basketball championships, which take place in April, would bring to town four teams and their fans as well as around 2,200 members of the Women’s Basketball Association. The games have sold out the last two years.
It’s good for the hospitality industry, for national exposure, and also for athlete recruitment, says Tom McGinnis, senior associate athletics director for the University of Minnesota.

“We hold out hope our student athletes get to play in a championship at home,” McGinnis says. “Hosting premiere events absolutely helps with recruiting.”

Before attending the All-Star game, NCAA committee members spent Friday touring downtown including a stop at the Minneapolis Convention Center and a ride on the Light Rail. The tour culminated with a reception in the newly updated Chairman’s Club of Target Center, overlooking the court where the WNBA players were practicing.

“We can see there is already excitement here for women’s basketball,” says Diane Turnham, senior associate athletic director for Middle Tennessee State University and a member of the NCAA voting committee. “There have been incredible improvements to the arena— it’s fan friendly, the hotels are so close, and it’s a great atmosphere.”

The Minneapolis committee will get one more chance to make its formal pitch in September. Rival host cities include Houston, Dallas, San Antonio, Kansas City, Indianapolis, Cleveland, and Nashville.

Decisions will be announced in October. 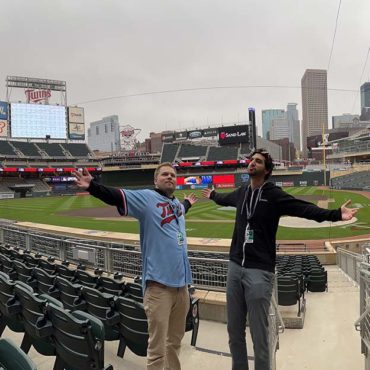 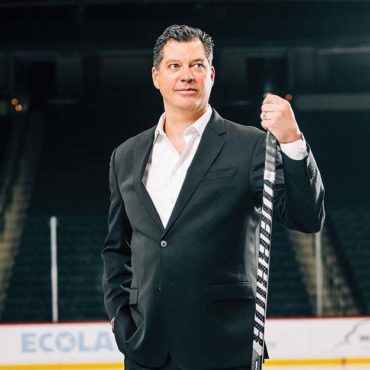