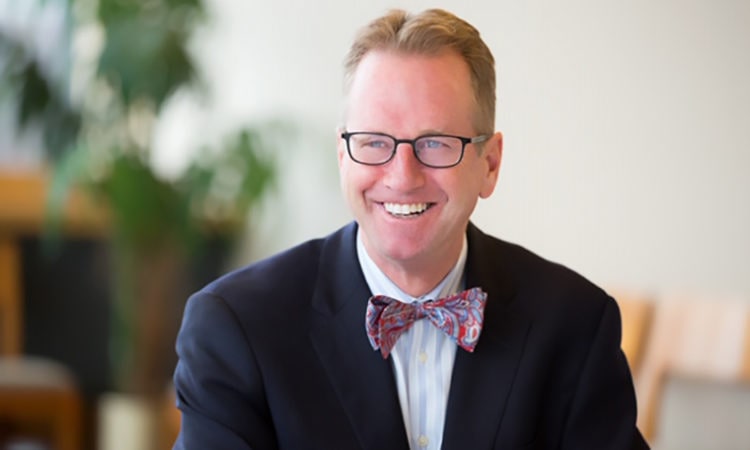 With an extensive portfolio of workforce and business development experience, Christenson will direct the Urban Investors program.
By Liz Fedor
November 01, 2019

Christenson last week assumed the role of program director of the Urban Investors program, which works with emerging bank leaders to connect them to entrepreneurs and others focused on developing urban neighborhoods in the Twin Cities. 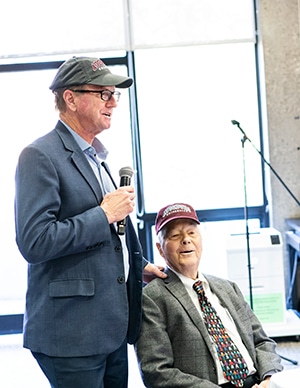 Throughout his career, Christenson said, “I have been involved in urban turnarounds, which is the most exciting work you can get.”

Urban Investors offers an experiential learning program for bankers that helps them learn about the challenges facing urban areas and how private-sector financial resources can support business growth and increase household incomes. The program also emphasizes building partnerships among the public, private and nonprofit sectors and introduces participants to community leaders with track records of success.

When he worked for the city of Minneapolis, Christenson was the director of economic development for Community Planning and Economic Development (CPED) from 2003 to 2007 and went on to lead that city department from 2007 to 2011.

He noted the role of US Bank, Wells Fargo, Sunrise Banks and the Community Reinvestment Fund in propelling those efforts forward.

“It’s very exciting for me to be involved in something that develops the next generation of leadership,” Christenson said. In his new part-time position, he will be helping 22 young bankers and four Augsburg student fellows make community connections and learn how they can have a constructive part in improving economic conditions in urban neighborhoods.

Urban Investors examines what’s needed to move a fledgling business from unbankable to bankable, what resources businesses need to craft their first business plans, and how financial institutions can play a bigger role in supporting affordable housing initiatives, he said. 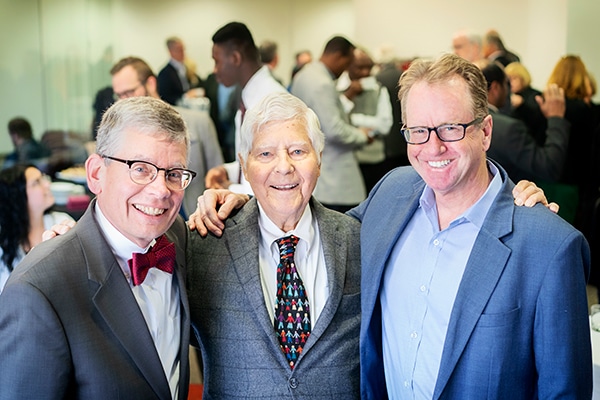 Urban Investors is the new name for the program that was founded 22 years ago by Minneapolis native Peter Heegaard. Under his tenure, more than 400 executives from Twin Cities banks completed the Urban Adventure program that helped the bankers develop skills and networks to aid areas that faced economic challenges. They studied strategies that spurred revitalization along Lake Street and Broadway Avenue in Minneapolis and University Avenue and Payne Avenue in St. Paul.

Under Heegaard’s watch, the Urban Adventure program was administered by the Greater Twin Cities United Way and The Minneapolis Foundation served as a fiscal agent.

The program has now moved to Augsburg University, where President Paul Pribbenow held a reception Thursday to recognize the accomplishments of Heegaard and the program. Heegaard, who has been active in numerous nonprofit and civic organizations, founded the Lowry Hill asset management company.

Christenson said Heegaard has accepted his invitation to remain involved in the program, which will be hosted by Augsburg’s Career Center and the Sabo Center for Democracy and Citizenship.

“Business is one of the top majors at Augsburg,” Christenson said, and the majority of Augsburg’s freshman class is composed of people of color. Many Twin Cities-based banks “are getting white male candidates” for open positions, and they want to diversify their workforces, he said. Based out of the career center, he said, he plans to work with students interested in banking careers and connect them to bankers in Urban Investors as well as other bankers he knows.

He also will be aligned with the Sabo Center, which was named after the late congressman Martin Sabo who represented the Fifth District. “Martin Sabo really was all about focusing on challenged neighborhoods in his congressional district and was a big supporter of the strategies and methods taught in the Sabo Center,” Christenson said.

Elaine Eschenbacher, executive director of the Sabo Center, said her organization advocates “understanding local contexts and local issues and building the capacity and relationships for shared problem solving.” Among the goals of Urban Investors are rejuvenating neighborhoods and expanding economic opportunity, so she said the program “is a perfect fit with Augsburg’s commitment to equity and to being an institution anchored in our local community.”

Christenson, who favors bow ties when he wears business suits, has an enormous community network across the Twin Cities that he can open to the Urban Investors participants. After he left the city of Minneapolis, Christenson served as an associate vice president of workforce development at Minneapolis Community and Technical College. More recently, he was the director of workforce development for Hennepin County. Christenson is an attorney who graduated from the University of Minnesota Law School.