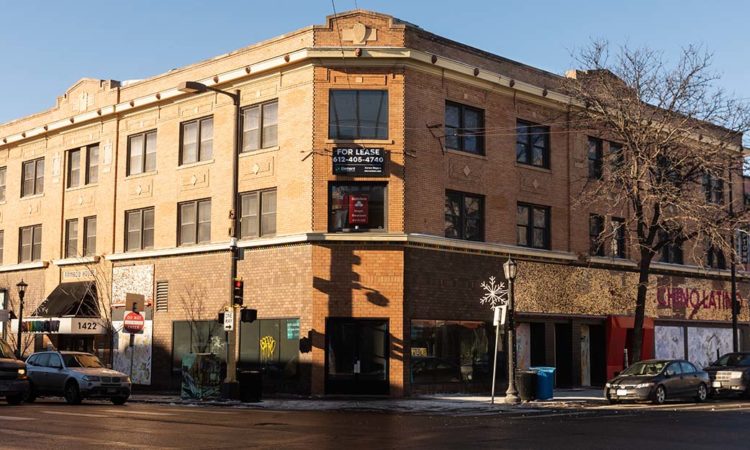 The mayor’s decisions on Uptown will say a lot about how he plans to use his new powers.
By Adam Platt
February 08, 2022

Minneapolis has two decimated zones of commerce right now: downtown and Uptown. Downtown may not be a lost cause, but it can’t rebound until corporations reopen their offices and the shakeout in remote work works its way through the commercial real estate market. My gut tells me it’s going to take a decade for the future of urban downtowns to sort itself out. Ours will be no exception.

In the interim, there’s not a lot cities can do to accelerate things, because they’re at the mercy of macroeconomic phenomena and the endgame of a pandemic.

Uptown is another story. It was roughed up by changes in retail wrought by the internet and accelerated by the pandemic. But the death blow was rounds of social unrest, gun violence, and looting in two successive years.

Minneapolis has very few thriving commercial nodes of size. The North Loop is all I can think of; Uptown and downtown were the others. The city has a big investment in bringing Uptown back, because it’s a huge source of jobs and commerce, which are migrating to the suburbs.

Uptown is not a lost cause, though, because, unlike downtown, it’s got “good bones,”—a growing residential base and the Minneapolis lakes. Those amenities will support a thriving commercial hub. Our recent report details what stakeholders think it will take to revive Uptown, and the steps seem worth taking. They require creative thinking about property taxes, transportation, and public safety.

When I called Mayor Jacob Frey’s office to talk Uptown after speaking to other key players, I figured we’d get a call back from the chief executive. Six weeks later, after repeated requests produced nothing but a vague spokesperson’s statement, I began asking the same question my car-jacking-freaked-out neighbors and many in the local political/media establishment are asking: Where’s the mayor?

Pre-George Floyd, the mayor was an easy guy to talk to or even run into. Today, not so much. Uptown should be a hanging curveball for a mayor looking to burnish his credentials with the voters who backed him in both elections: moderate, pro-business liberals who live and invest in the city. A clear statement that he’s willing to delay the bike-ification of Hennepin Avenue to protect the remaining retailers on a crucial commercial corridor and a commitment to work for creative solutions to bring down inflated property costs is low-hanging fruit.

But insiders say the mayor feels beaten up by four years of fighting with the City Council and leftist activists, and has receded into a small bubble of staff.

Hiring Bryn Mawr resident and state transportation commissioner Margaret Anderson Kelliher to run the city’s public works operation is a potential break with pattern. The job became appealing to a pro like Kelliher once public works reported to the mayor rather than to 13 councilmembers.

Insiders who support the mayor but struggle with his insularity and reluctance to use his bully pulpit say he needs to do business differently this term, especially with new voter-granted executive powers. They say he needs a larger and more seasoned executive staff to advise him and a new public profile.

The departure of City Council president Lisa Bender (with her cadre of shrill social media acolytes), combined with Frey’s new powers (mostly inherited from Bender), give the mayor an opportunity to reset the perception of Minneapolis as a city that treats small business as a destructive force and the automobile as the sole impediment to a utopian future. Frey needs to repudiate the parts of Bender’s agenda rooted in 2015—when Minneapolis was awash in prosperity and the council was trying to solve all of society’s problems at once—rather than deeming it settled history and policy.

His choices about Uptown are a key early test. Uptown’s retail hub can remain a ghost town while its thousands of residents go to the suburbs to shop, or the mayor can do what great chief executives do and forge coalitions to fix problems. Frey surely learned a long time ago that having good intentions is not enough to get you loved in politics.

It’s time to break some eggs. 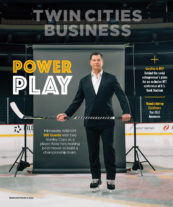