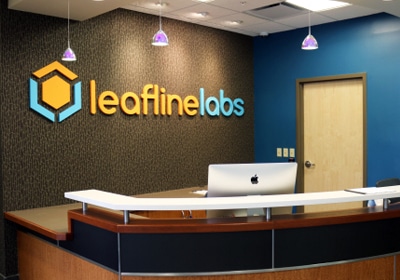 The medical marijuana company will soon have operations in half of the state’s designated cannabis patient centers.
June 25, 2016

The dispensary was operating only in Eagan before the opening of its St. Cloud location last week. Its next two sites are expected to open in St. Paul and Hibbing by July.

In 2014, LeafLine was selected as one of two companies from a 12-applicant pool to grow and distribute marijuana for the state’s medical cannabis program. During that time, Minnesota’s Department of Health also chose eight cities to be cannabis patient centers.

Upon the opening of LeafLine’s St. Paul and Hibbing sites, it will have covered half of the state’s designated territories. The other sites are designated for MinnMed, the other company permitted to sell medical cannabis.

Medical cannabis companies cannot sell marijuana in plant form, but instead as pills, oils or vapor medications. All of LeafLine's plants are grown and processed in Cottage Grove.

News of LeafLine’s upcoming expansion followed shortly after a state report on its budding medical marijuana industry. Patients throughout Minnesota said the program has been largely beneficial, yet overall cost (a $50 to $200 enrollment fee and as much as $500 a month depending on dosage) has made it “very prohibitive.”