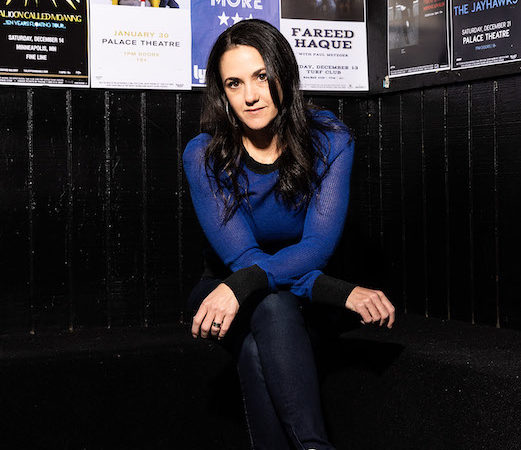 Biden’s speech set for 8 p.m. Central will be broadcast by major networks and cable news TV channels and streamed online by the White House, as well as on its YouTube, Facebook, and Twitter pages.

Frank was invited by the Minnesota Senator in recognition of her efforts to support performance venues through the pandemic. Over the past two years, Frank organized a coalition of independent organizations, performers, and promoters across the country to advocate for relief for independent venues through the National Independent Venue Association, according to a news release issued by Klobuchar’s office. Frank also served as president of the association’s board.

“Live venues were among the first businesses to close down from the pandemic and the last to reopen. As I worked to pass the Save Our Stages Act, Dayna Frank was a crucial partner in fighting to ensure independent venues could stay afloat, including our beloved First Avenue,” Klobuchar said in a statement about the invite. “Dayna helped keep businesses open, workers employed, and music alive for communities in our state and across the country.  I’m excited to have her as my virtual guest to President Biden’s State of the Union to highlight the work we’ve done to help small businesses get back on their feet.”

Klobuchar’s bipartisan Save Our Stages Act, which was co-led by Republican Senator John Cornyn, was enacted into law in December 2020. The legislation created the Shuttered Venues Operating grant program to help independent performance venues, museums, and theaters survive the pandemic and continue paying their employees. Additional funding for the program was passed as part of the American Rescue Plan that was signed by President Biden in March 2021.

This is not the first time Frank has been invited by the U.S. Senator to the national stage.

Last August, Frank joined Senator Klobuchar for an event at First Avenue to highlight how the Save Our Stages Act benefited Minnesota’s independent venues.

“I’m honored to join Senator Klobuchar as her virtual guest for the State of the Union. When the pandemic hit, small independent music venues throughout the country were in real danger of closing permanently, harming local economies from small towns in rural America to the largest cities,” Dayna Frank said in a statement. “Senator Klobuchar heard our call and worked tirelessly across the aisle to pass the Save Our Stages Act. This crucial emergency funding helped us persevere through an incredibly trying time, and now I am proud to say First Avenue is open for business and serving the community we love, bringing back jobs, and welcoming fans by the tens of thousands.”

Without legislation, it’s hard to say where concert venues would be now, Frank said, noting that this could be the most exciting year yet for First Avenue.

“Every night I get to be around people who are experiencing their first concert in almost two years and, to see that joy, it’s really, really special,” she said.