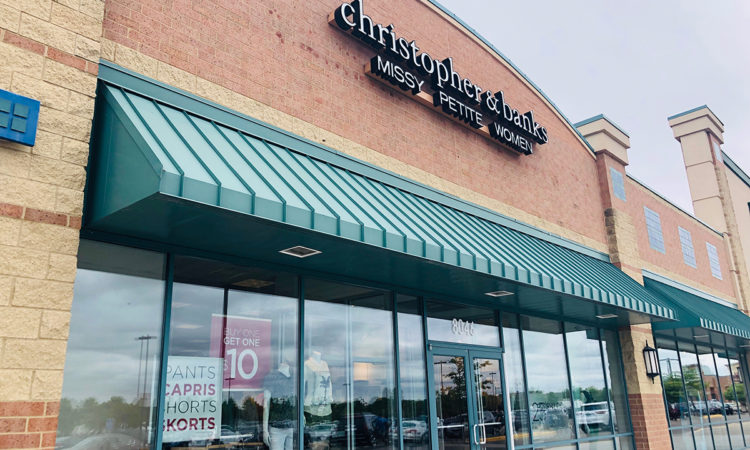 A Christopher and Banks store in Maple Grove melissamn / Shutterstock.com

Plymouth-based retailer Christopher & Banks Corp. is bankrupt, and its stores are closed, but the brand will live on under the wing of another local company: Eden Prairie-based iMedia Brands Inc.

iMedia’s name had not previously surfaced in connection with Christopher & Banks’ assets. In a Jan. 28 filing with the SEC, Christopher & Banks said it had reached an agreement to sell its assets to ALCC LLC, an affiliate of Northbrook, Illinois-based Hilco Merchant Resources, a retail industry liquidator with global operations. ALCC was the only bidder.

In a press release Wednesday iMedia Brands announced a “licensing partnership” with ReStore Capital LLC, another Hilco company, under which it will operate the Christopher & Banks business. ReStore Capital LLC defines itself as a “commercial finance and alternative investment firm providing capital solutions to leading retailers and consumer products companies.”

Representatives of iMedia Brands and ReStore Capital could not be reached for comment late Wednesday afternoon.

iMedia Brands will launch a weekly Christopher & Banks television show on its ShopHQ network and promote the brand through its digital and catalog channels.

In February, iMedia Brands announced plans to raise $20 million through a stock offering.

According to iMedia’s prospectus: “We intend to use the net proceeds from this offering, together with our existing cash and cash equivalents, for working capital and general corporate purposes, including potential acquisitions. We are regularly in negotiations for potential acquisitions of product lines and complementary businesses for which we may use the net proceeds of this offering.”

Christopher & Banks filed for Chapter 11 bankruptcy in mid-January, after warning a month earlier that it was a possibility for the company.

Shortly after that the company filed notice with the state that it was laying off 361 employees from its corporate headquarters.