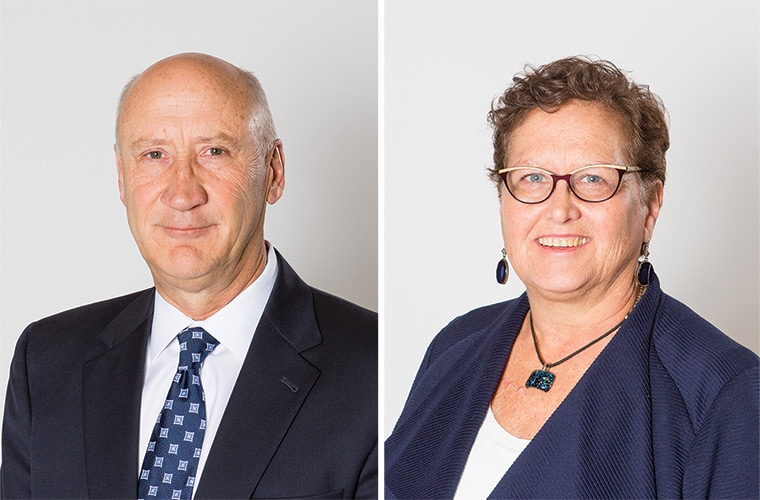 Bankers and business owners often focus first on the bottom line. Michael Zenk thinks that’s backwards. His advice for building a successful business? “Focus on your employees and your customers,” says Zenk. “Do not build your business around some financial goals.”

Zenk’s philosophy is that if you put employees and customers first, business will follow.

He and co-founder Gwen Stanley have worked together for nearly 38 years, starting at Minneapolis-based Riverside Bank, a storied community bank. Riverside was sold to Wisconsin-based Associated Banc-Corp, a large publicly traded company, in 1999. Zenk and Stanley found themselves frustrated working for a “big bank.” Together they launched Venture Bank in 2001 with nine employees and $8 million in capital.

Today Venture has four Twin Cities offices, more than 100 employees and steady double-digit growth. At the end of 2016, the bank had assets of $663.4 million—an 18.5 percent increase from 2015. Based on its 2016 results, New York-based S&P Global Market Intelligence, a financial research and data firm, ranks Venture Bank 12th on its list of the best-performing U.S. community banks with less than $1 billion in assets per S&P’s Global Markets ranking.

“We’ll make a $50,000 business loan and we’ll make a $10 million loan,” says Zenk, noting that most of Venture’s customers range from startups to businesses with up to $75 million in revenue.

Zenk is responsible for growth, marketing, lending and connecting with customers, while Stanley focuses on operations. “My job is to be the glue that keeps things together,” she says.

While many banks imploded during the Great Recession, Venture Bank came through the bleak years by working closely with its customers with challenges created by the recession. “It was a lot of workouts, but we never lost money in a year,” recalls Stanley. “We didn’t have a whole bunch of bad loans on the books.”

Venture Bank’s philosophy calls for its staff to be more than just bankers, but advisors who can help business owners navigate growth and challenges.

“We’re advising based on experience,” says Zenk. “We want every one of our clients to say, ‘My company is more valuable because I bank at Venture Bank.’ ”