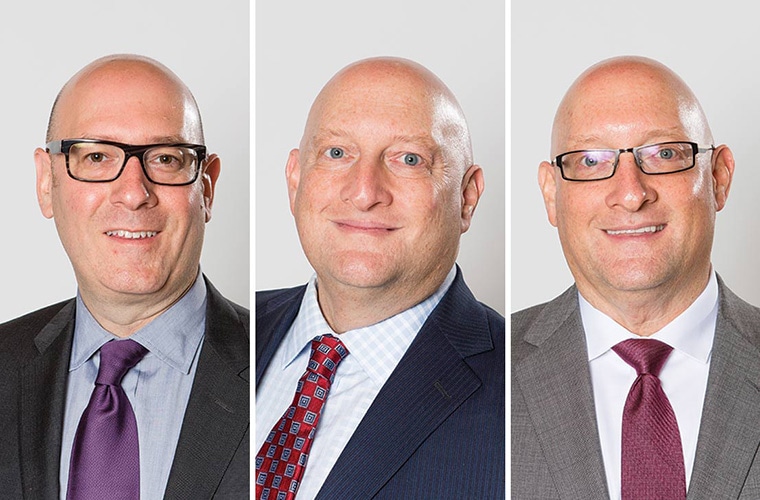 Co-owned by brothers Jeff, Scott and Ben Gray, the company designs and sells clothing through retailers as diverse as Nordstrom and Walmart. They also work with Disney, and NCAA and NBA teams. Three years ago, the brothers decided to upgrade business management software. Simultaneously, their office and warehouse rent in Minneapolis’ North Loop skyrocketed. Then a window opened to create a sleepwear brand for a major national retailer.

Their bank grew uneasy. It placed the company on a forbearance agreement, cut its working capital and suggested it cancel the sleepwear project. The brothers shifted to survival mode, managing cash flow with purchase order and container financing, factoring and extended payment terms.

Rather than sell or close the company, the Grays persevered, moving twice and consolidating warehouse/office operations in Maple Grove. “We found a new banking partner that has been very supportive of our growth,” says Ben Gray, CEO and CFO. “And we grew over 60 percent last year. In 2017, we’re looking to increase our revenues again.”

Business management software enabled the company to start drop-shipping orders to online customers of Nordstrom, Target, Amazon, Walmart and others in 2015. Those retailers need not keep the merchandise in stock, and customers are none the wiser. “It’s going to become very popular, because there’s really no loss to the retailers,” says Jeff Gray, president of sales and marketing.

The company recently acquired Disney and Star Wars licensing for sleepwear sale in department stores. It is also working on a concept outlet store in Maple Grove to open in fall.

Creative Apparel will soon release augmented reality T-shirts; A smartphone app will make it seem like a creature from the original Alien movie is emerging from the wearer’s chest. For kids, the company is working on augmented reality pajamas depicting a popular “Twinkle, Twinkle, Little Star” YouTube video.

“One of our strategic goals or points of differentiation is always to look at the white space on the retailer’s floor and constantly strive to innovate and wow our customers,” Jeff Gray says. “That’s what we try to do night and day.”