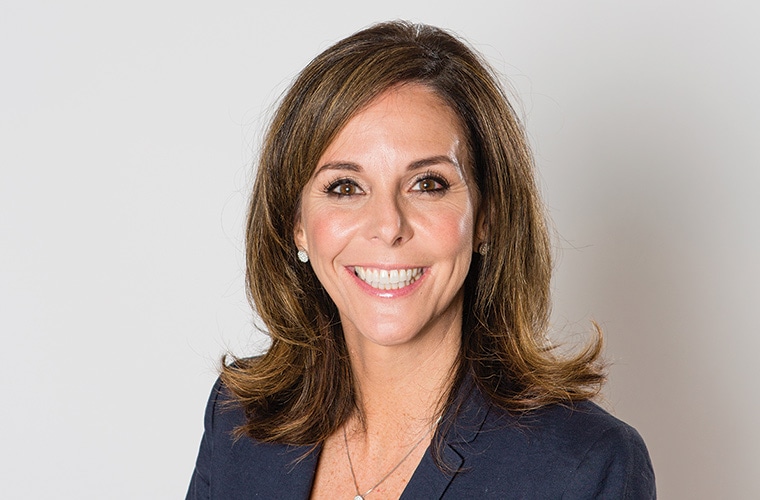 Smith joined her parents’ Northfield office supply company, Town & Country Office Products, in 1994 after her mother fell ill. She grew the business from eight to 40 employees, topping $12 million in annual revenue by 1997.

Smith later sold that company and went to work for a big-box retailer, but did not share the company’s values. After her non-compete expired, Smith started Innovative Office Solutions in 2001, just three months before 9/11. When customers downsized or folded during the ensuing months, Smith invested her own money and worked with vendors and employees to keep the doors open. Innovative didn’t resort to layoffs, but it did take on $2 million in unplanned debt.

Although business was challenging, Smith had an advantage. She had re-entered the industry as a stockless retailer, relying on a wholesaler to stock, wrap and ship rather than maintain a warehouse and inventory.

Smith also took a lesson from her mother, who had converted Town & Country’s inventory to barcodes long before that became the industry norm. Smith embraced technology and, in the face of declining sales for traditional office products, branched out into office furniture and design services, print and technology solutions, workplace print and promotional items, facility and break-room products.

She also had the foresight to form an advertising partnership with the Minnesota Wild hockey team when it debuted in 2000. Rather than dedicate the investment to signage in the arena, Innovative became the sponsor of the Wild’s “charity of the month,” raising money, staffing charity booths and giving each charity exposure. Innovative has since formed charitable sponsorship agreements with the Minnesota Vikings, Minnesota Twins and St. Paul Saints.

Three-quarters of Innovative’s customers are in Minnesota, with the rest scattered nationally. As the industry has declined 5 to 7 percent annually, Innovative has grown to more than $100 million in annual revenue over 15 years.

“We’ve turned into a solutions provider versus selling a commodity product,” Smith says. “I don’t know what the next five years will bring, but we’re positioned to deliver the next wave of productivity.”