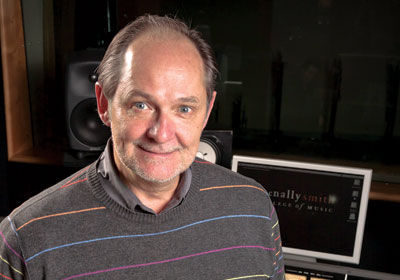 From humble roots as a place for music lovers to take guitar lessons, the McNally Smith College of Music has grown into a well-regarded school that prepares students to make a life and career in music. McNally Smith, now just over a quarter-century old, is growing at an impressive clip in a down economy—and bringing some seriously playful cultural energy to downtown St. Paul.

The accredited college offers degree programs in all aspects of the music business. It especially focuses on popular music from rock, pop, and country to jazz and hip-hop—unlike traditional music colleges that concentrate on classical music and, sometimes, jazz—as well as specialties such as producing, promoting, and engineering.

McNally Smith is thriving in its for-profit model that, in session, draws nearly 700 students and more than 125 faculty to downtown St. Paul. When the college moved from Minneapolis to the Capitol City in 2001, it had $3.5 million in revenue; it will hit between $18 million and 19 million next year—achieving 18 percent annual growth.

“It’s a young, fresh-faced, enthusiastic institution with nothing but upside,” says President Harry Chalmiers, who came from the Berklee College of Music in Boston to lead McNally Smith in 2007. “This is a very solidly run business . . . . We’ve grown in terms of numbers, and we have substantially grown in terms of enrollment, new programs, and options. We’re growing in vision and goals, and our objectives are quite ambitious.”

Those objectives include becoming one of the premier contemporary music colleges in the country, on par with Berklee and the Musicians Institute in California. Burnishing McNally Smith’s reputation and name recognition is one of Chalmiers’ chief aims right now.

Since founders Jack McNally and Doug Smith started offering guitar lessons in Minneapolis in 1985 under the Guitar Center name (and, later, Music Tech), the school has evolved into a practical liberal arts college accredited by the National Association of Schools of Music. By 2001, McNally Smith had outgrown its Warehouse District digs and sought a new home. St. Paul Mayor Chris Coleman, then a member of the City Council, recruited the school to take over the vacant Science Museum building on Exchange Street. He believed it could serve as a catalyst for creating a lively music scene in St. Paul.

“They had a great reputation, and I knew the vibe that a place like that could create in the community,” says Coleman. “You have students living in downtown St. Paul who are spending money in the community, and you have great artists coming to town on a regular basis to teach and participate in the music scene. There is no question that McNally Smith adds to the vibrancy of the community. I view them as an integral part of the soul of the city.”