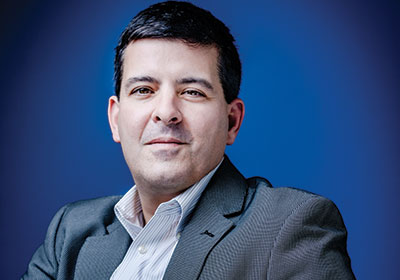 Health ailments and aging often lead to a point in time where individuals lose their freedom and have to move to more expensive assisted-living or nursing home centers. Most do just about anything they can to delay or avoid such an outcome, and a product called eNeighbor is allowing them to do so.

Take Betty (whose last name is omitted for privacy reasons), who has diabetes, chronic heart failure, and dementia. “By combining sensing technology with home care services, she was able to remain in her apartment 23 months longer before she moved into one of our assisted living facilities,” says Michael Klatt, president and CEO of The Lutheran Home Association in Belle Plaine (Betty now lives in the association’s memory care residence). “This individual would have spent $120,000 in assisted living over that time. Instead, she spent $1,400 per month.”

Out of that amount, Betty paid $75 per month for eNeighbor, which consists of an emergency alert necklace and Wi-Fi-based sensors located on her toilet, refrigerator door, under her mattress and in other strategic places to track changes in her daily activities—all without microphones or cameras. All told, Betty saved more than $100,000 using the service. The software maps changes in these activities and compares them to clinical research to detect brewing health issues such as urinary tract infections, a reduction in food and water intake that can lead to falls, and “abnormal wandering,” an indication that memory issues are advancing. When significant changes in daily living activities are detected, the company alerts the senior’s primary caregiver. In addition, eNeighbor helps preserve family estates and reduce health care costs for the government and private insurers by keeping seniors out of emergency rooms.

ENeighbor is the chief product of Healthsense, a Mendota Heights-based technology company. Healthsense grew out of Red Wing Technologies, a consulting firm owned by Brian Bischoff, who holds a master’s in engineering from the University of Minnesota, and Bryan Fuhr, a U of M engineering graduate with a master’s in business administration from the University of St. Thomas. The two met while working for in Minnesota for Missouri-based Emerson Electric and responded to a 2003 grant request from the National Institutes of Health (NIH) to look at ways to keep rural seniors in their homes longer. Tapping their past experience as grant writers, the two received $2.5 million in grants from NIH and the Defense Advanced Research Projects Agency (DARPA) in 2003. In 2005, they launched Healthsense; in 2006, eNeighbor was ready for market.

Early in the product development stage, Bischoff and Fuhr realized that launching a consumer-marketed product would be cost-prohibitive. “The savvy marketer—even the half-witted marketer—will ask, ‘Who aggregates these people?’ It became obvious really early that we would market to the aggregators of seniors,” Fuhr says. The focus then has shifted to caregivers and organizations that work with seniors.

In 2012, Bischoff, who’d been CEO, left Healthsense to become a product development consultant. In January 2013, Healthsense hired Weiler for the top job; Fuhr remains as vice president of business development and marketing. Weiler was one of 12 to graduate from Harvard’s first computer science program. After graduation, he became a sales rep for Oracle, in time becoming senior vice president for the software giant’s North America health care division. He joined UnitedHealth Group’s Ingenix division in 2007 as senior vice president of provider sales and account management.

The investors seem to have put their money on their right number. As of October, Healthsense technology was being used in 265 senior living communities and 1,000 private homes, recording the daily living activities of 20,000 people. Since 2009, Healthsense has had annual revenue growth of 30 percent and is on track to show similar gains this year. In July, the company completed its first acquisition: WellAware Systems, a monitoring and analytics provider with similar sensing technology, based in Glen Allen, Va. The acquisition gave Healthsense a more advanced bed sensor and two major new clients—Evangelical Lutheran Good Samaritan Society, in Sioux Falls, S.D., and Volunteers of America, with headquarters in Alexandria, Va.

Healthsense recently expanded its focus to home care, enlarging its market further. According to AARP, nearly 90 percent of people over 65 want to remain in their homes, and keeping seniors at home longer also addresses a major challenge facing the health care industry. And the Pew Research Center reports that between 2011 and 2013 an average of 10,000 Americans will turn 65 each day. In 2012, 13 percent of Americans were 65 and older. By 2030, when the youngest boomers turn 65, 18 percent of the population will be 65 or older.

Weiler sums it up succinctly: “There’s no question the market is there.”