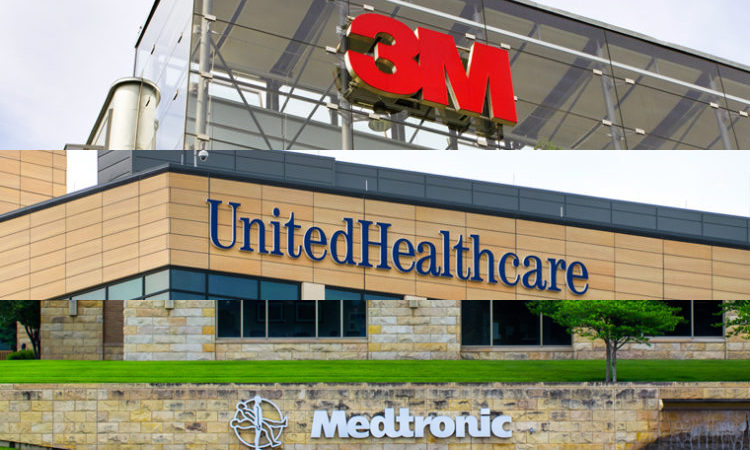 More and more Fortune 500-level companies in Minnesota are deciding to take a deep breath and take a “pause” on making political contributions in the wake of the breach of the U.S. Capitol last week by a violent mob. The trend appears to be accelerating quickly.

Richfield-based Best Buy Co. Inc. is specifically targeting lawmakers who objected to certifying electoral college votes to finalize the victory of President-Elect Joe Biden: “Best Buy has made the decision to stop providing campaign contributions to the 147 members of Congress who voted in objection to certifying the presidential election results,” said Carly Charlson, a spokeswoman for Best Buy.

Corporate political action committees funnel millions of dollars into the U.S. political and election systems. For now, most of the corporate moves to suspend political contributions look to be short-term decisions. It’s unknown whether it portends fundamental, long-term changes to corporate political giving.

According to the Washington, D.C.-based Center for Responsive Politics, Dallas-based AT&T Inc. and Philadelphia-based Comcast Corp. were the top corporate PACs for contributing to candidates in 2019 and 2020. Per the center’s data, AT&T contributed $2.65 million in that time period while Comcast contributed $2.57 million.

Both AT&T and Comcast have announced suspending contributions to lawmakers who sought to block last week’s electoral college certification.

For the most part, local companies are not issuing press releases and trumpeting the news but providing short statements in response to media inquiries. St. Paul-based Securian Financial simply said that the company has “temporarily suspended contributions from our federal political action committee.”

Minnetonka-based UnitedHealth Group Inc. is one of the largest companies in the U.S., ranking as the 7th largest public company on the latest edition of the Fortune 500.

“UnitedHealth Group has decided to pause and review our federal PAC candidate donations to ensure they continue to align with our company’s values,” said Eric Hausman, a spokesman for UnitedHealth.

Medical device giant Medtronic is technically no longer a U.S. company; it’s officially based in Dublin, Ireland, for tax purposes. But its operational headquarters remain in Fridley.

“The Medtronic PAC is currently reviewing its guidelines for political donations as it develops its Contribution Plan for the 2022 election cycle,” said Ben Petok, Medtronic’s director of corporate communications. “The PAC Board will make a determination about future donations once that review is completed. While that review is underway and until the new PAC Contribution Plan is approved, the Medtronic PAC will not make any donations to elected representatives or their Leadership PACs.”

For some companies, such as Minneapolis-based Thrivent, it’s not yet clear if a review of its contribution policies will translate into any changes.

“Thrivent participates in our democracy through our Political Action Committee and believe it is important to support policymakers and candidates who support issues of importance to our members, clients and workforce,” said Samantha Mehrotra, a spokeswoman for Thrivent. “Our employee PAC board will take into consideration the actions of lawmakers and candidates last week as we examine our ongoing political engagement.”

“We will carefully review our political contributions strategy, including criteria and potential recipients,” the agribusiness giant said in an email. “In the past, Cargill’s PAC has supported candidates from both parties as well as causes that impact our business and mission of nourishing the world. We will continue to advocate for those policies that affect our employees, our customers, and the farmers and ranchers who feed the world’s people, and we will do so by continuing to ensure that anyone receiving our support in the future shares Cargill’s values, ethics, and commitment to doing the right thing.”