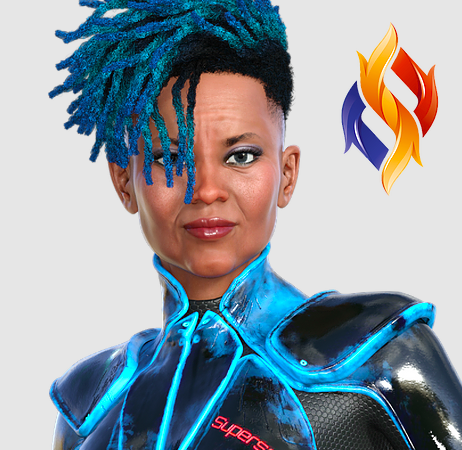 Embracing all aspects of diversity strengthens our tech community.
By Allison Kaplan
February 28, 2021

Jules Porter is the founder of Seraph 7 Studios, a Minneapolis game development company poised to revolutionize—or at least enlighten—a nearly $160 billion industry. (Video game revenue, up 20 percent in 2020, now exceeds revenue from movies and North American sports combined, MarketWatch Inc. pointed out in January.) Seraph 7’s first game, due out this year, attacks monsters much larger than any gaming screen: racism and gender inequality. It stands up for senior citizens, too. In Porter’s breakthrough game, Ultimate Elder Battle Royale, many of the superheroes are women and people of color who grow old and fight enemies with weaponized walkers. Characters are voiced by older local actors.

Driven by her overwhelming desire to build empathy, fight racism, and break down stereotypes, Porter enrolled in law school in 2014. But somewhere between writing briefs and absorbing news of another police shooting, Porter began to think she could reach more people through video games, which are now played by three out of every four Americans, according to the NPD Group. “I realized it was such a great covert teaching mechanism,” Porter told associate editor Tess Allen in an interview for our Tech 20 feature. “People are so sick of diversity training. A good way to bring multiculturalism into their lives is through art. And in video games, you are actually playing through the story, walking in someone else’s shoes. You see how your decisions impact the world around you.”

“People are so sick of diversity training. … And in video games, you are actually playing through the story, walking in someone else’s shoes.”

I can’t think of anyone better to represent the possibility and power of changing the world through technology in 2021 than Porter, who is on our cover and this year’s Tech 20 list, along with many other creative individuals who are tackling big problems and opportunities with fresh eyes. That’s a far bigger challenge than learning to code. It’s why Yu Sunny Han, founder/CEO of Fulcrum, which makes software for the manufacturing industry, interviewed 1,400 people to make 20 diverse new hires. (And you thought you were overloaded with Zoom meetings?)

“I’m asking people to do something in a creative way—they can’t follow an old blueprint,” Han says. “I want to hire people who can tell us what to do.”

Starting something truly new in tech by definition requires innovative thinking. But after the year we just endured, from lockdowns to uprisings, the energy around the tech sector feels particularly electric. A “sense of urgency” is how Reed Robinson, co-founder of tech accelerator Beta, describes it. Robinson’s new early-stage investment firm Groove Capital closed its first round of financing in January at $3.8 million—three times more than his initial expectations. He described Groove’s investors as a mix of entrepreneurs, aspiring mentors, and senior-level leaders at large Minnesota corporations. “This is a long, cresting wave that has been slowly building for 10 years,” Robinson says. “You can see it in the form of more startups, competitions, accelerators, industry groups, mentors, and community engagement. The whole community is waking up to the fact that we build great businesses here. We have more to invest in.”

New business starts surged to a 13-year high in 2020, according to the U.S. Census Bureau. Likewise, the pandemic forced many established businesses to completely rethink and rebuild—moves that generally involve becoming more reliant on tech. With crisis comes clarity. “Life is fragile,” Reed adds, “and we have to do what we can with the time we have.”

That includes addressing profound racial disparities, from funding to training to products themselves—like a video game that positively represents multicultural characters. Porter is realizing her vision thanks to support from entrepreneurship competitions at the University of St. Thomas and Finnovation Lab in Minneapolis. When it comes time to raise capital, her chances in the Twin Cities appear more promising today than they did a year ago, thanks in part to newer VC firms that pledge to prioritize diversity, including Matchstick Ventures, Groove Capital, and Bread & Butter Ventures.

“I’m earnestly hopeful this is not just a blip,” says Bread & Butter Ventures managing partner Mary Grove, who herself is part of the change as a woman and daughter of Thai immigrants (hear her story, from Silicon Valley to the Twin Cities, on a recent episode of the TCB podcast By All Means). She’s now in a position to support diverse founders and advocate for diverse talent at all levels of new organizations. Just six months after launching, 43 percent of Bread & Butter’s founders are people of color, and 30 percent are women. Diversity, in Grove’s mind, also extends to the types of businesses her firm is funding: software, health care, ag tech, fin tech. “We already have a successful startup ecosystem here—it’s time to start being a little louder about telling the story.”

We’re all for making some noise. 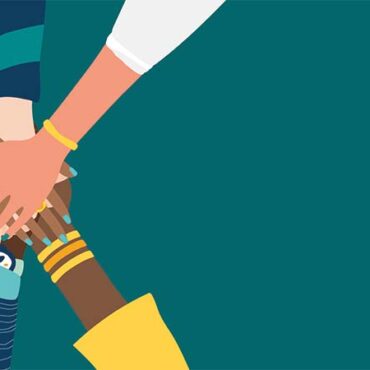