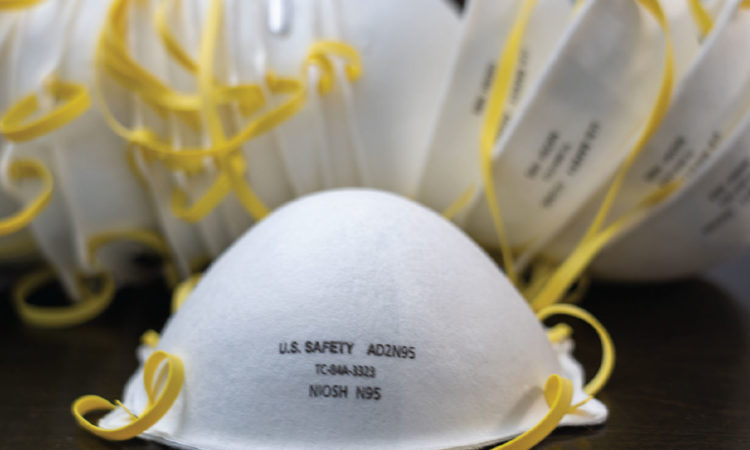 In this issue we present a fascinating article about the state of Minnesota’s hospitals. It’s a story about hospital capacity and the response to the pandemic, but it is, in microcosm, also a story about all the other medical sectors and industries that were caught flat-footed last March and struggling over how to move forward.

Much remains murky about Covid-19, but some conclusions are manifest: We were unprepared. We had a mask technology, N95, that all but rendered viral spread moot. Except that we didn’t have enough of them. A year later, we still don’t. Hospitals continue to complain of inadequate supplies of these masks and more basic protective gear—gowns, gloves, plastic shields. As for the public, we are still wearing cloth and surgical masks of indeterminate value, so the pandemic continues to govern us rather than vice versa.

Over the summer I had the good fortune to interview Minnesota C-suite legend Greg Page about his board service to 3M. We got off on a tangent and discussed repatriating production of essential medical supplies to U.S. shores. Page ran Cargill for years and now serves 3M, both globally diversified companies. He is a staunch believer in the power of global supply chains and production, and the efficiencies they deliver.

We talked about how, if the U.S. were to become self-sufficient in production of everything identified as of crucial national security interest, it would add layers of unsustainable cost across the business spectrum or would require a government commitment to pay for it.

(President Biden invoked the Defense Production Act to ramp up medical supply production, but it will have little impact on vaccines production—a specialized process ill-suited to most drug manufacturing settings.)

We had a mask technology, N95, that all but rendered viral spread moot. Except that
we didn’t have enough of them. A year later, we still don’t.

Which brings us to my colleague Dan Niepow’s feature story. Minnesota’s hospitals have been at the center of our response to Covid-19. In the early lockdown, when the virus was poorly understood, the hospitals had disease modeling that showed their facilities would become quickly overwhelmed. So we closed our economy and a lot of health care as well, leading to enormous financial losses for the state’s medical sector and layoffs of doctors and nurses. The capacity crunch didn’t come.

But when cases began to spike in October, the worst-case scenario that hospitals had predicated in April began to be realized. And it didn’t take a lot to do it.

In the early lockdown, hospital beds sat empty because they were only handling medical emergencies. By the fall, hospitals were busy. As Niepow’s story notes, a “healthy” hospital is normally two-thirds to 85 percent full. ICUs tend to operate at even higher levels of occupancy. So when the Covid spike hit hospitals operating “as usual,” there wasn’t much room at the inn.

Though various care systems and individual clinicians sounded repeated alarms in the media, the medical system mostly continued elective procedures, and mitigation took the form of closing restaurants, bars, and youth sports. But when TCB queried Dr. Rahul Koranne, CEO of the Minnesota Hospital Association, he poured cold water on the idea that the state needs more medical personnel, hospital beds, and ICUs.

The dialogue is little different from the one I had with Greg Page last summer. Minnesota regulates hospital capacity to control costs in the sector. Whether this benefits consumers or merely the industry sector is an open question. But if the state were to instead encourage expansion, it would add substantial fixed costs to care systems.

We don’t know if the next severe pandemic is two years away or a century away. But if it’s the former, and the only way to deal with it is to repeatedly open and close our economy, we’ll be in a world of hurt. Conversely, if the next pandemic is a century off, building more hospital beds in an era when inpatient care is becoming the exception rather than the rule could cause care systems to disinvest in facilities and services that are more critically needed.

The Covid-19 pandemic has presented us with a series of difficult choices. Having billions of N95 masks at our disposal could have mitigated terrible economic pain, while mandated investments in vaccine production and testing capacities also seem worthy, given the growing array of pathogens we face. Hospital capacity is a more difficult equation.

It is not hyperbole to say Minnesota’s hospitals could not handle the fall surge. But if we are going to ask our nonprofit care systems to prepare for the next pandemic in their facilities, it is quite obvious that taxpayers will need to pick up a large part of that bill.