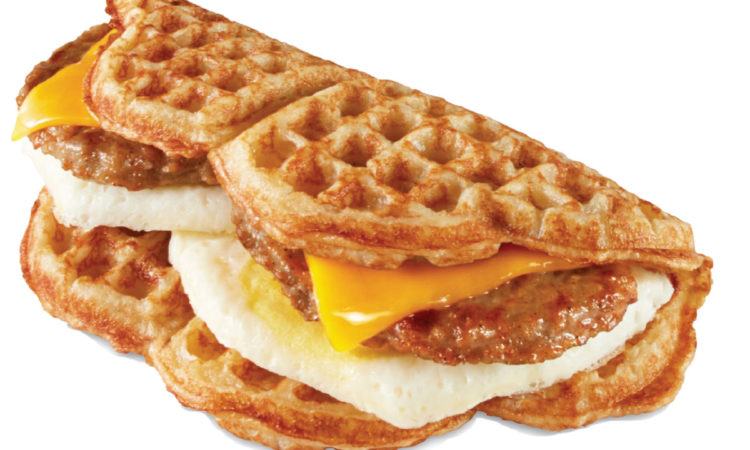 After years of delighting the Twin Cities with its fresh waffles, St. Paul-based Nordic Waffles pivots to frozen.
By Tess Allen
February 22, 2021

It’s been a challenging year for restaurants and fresh food vendors. When Covid-19 hit last year, St. Paul-based Nordic Waffles had to rethink its entire concept of made-fresh sweet and savory Norwegian waffle sandwiches, served hot at fairs, shops, and restaurants around the Twin Cities. To continue growing in 2020, founder Stine Aasland turned her attention to the grocery-store freezer aisle.

Aasland had big dreams from the start. She founded Nordic Waffles in Norway, selling her fresh waffle sandwiches out of her convenience store in Oslo, before moving to the U.S. in 2016 to grow the brand beyond what her small home country could offer. After traveling from coast to coast studying American waffles, she landed at the University of North Dakota’s Center for Innovation entrepreneurship incubator, where she developed her American recipe and brand. She then moved to the Twin Cities and began selling her fresh-made waffles at small fairs, festivals, and markets.

The waffles were an instant hit. By 2019, its second year with a booth at the Minnesota State Fair, Nordic Waffles sold more than 47,000 waffles in 12 days. The company had also established a slew of food-service partners, such as coffee shops across 10 states, and launched its first booming retail location at Potluck Food Hall at Rosedale Center.

Then in came 2020 and Covid-19, and out went restaurants and events.

“Next thing we knew, the executive orders were coming down, we were shutting down our retail store, our [retailers] were shut down other than some convenience stores, and we were sitting looking at ourselves going, ‘What are we going to do?’ ” says CEO Jeremy Ely.

With the decline of restaurants came an increase in grocery sales. According to a Supermarket News survey of food retailers and wholesalers, grocery retailers saw frozen-food sales increase by 63 percent between March and August 2020. Plus, Ely says, at the time, the sector in the Twin Cities was leaning into an opportunity to create a Minnesota State Fair food experience in grocery stores, offering an alternative for both consumers and vendors.

In the span of six weeks, Nordic Waffles redeveloped its most popular item, the egg and cheddar bacon waffle sandwich, into a ready-to-heat frozen product and got it on the shelves at 23 Lunds & Byerlys locations by June.

“In light of the pandemic and Nordic Waffles’ desire to continue getting their product to customers, we recognized our opportunity and ability to assist them in doing so,” says Steve Sorensen, director of center store at Lunds & Byerlys. “The strong sales supported our decision.” Nordic Waffles quickly became Lunds & Byerlys’ top-selling breakfast sandwich.

“By August, we had transitioned to a [contracted packaging company] to help us meet production demand, and we were maxed out in production every single day,” Ely says.

By the beginning of 2021, Nordic Waffles had added an egg and sausage waffle sandwich, expanded to more Lunds & Byerlys locations, and added Kowalski’s, Hy-Vee, and other grocery chains and independent retailers for a total of 157 grocery locations across Minnesota, Wisconsin, and North Dakota.

“2020 was an incredible year for food-based startups. … Some brands did incredibly well and others suffered,” says Lauren Pradhan, founder of Lauren Pradhan Strategy Consulting and founding executive director of Minneapolis-based food and agriculture accelerator Grow North. “Food has always been so central to people’s lives, and during the pandemic, it became even more so as we looked to comfort foods, foods that fuel us, and foods that make us feel whole.”

This year, Nordic Waffles is working toward packaging single-serve frozen offerings for convenience stores and continuing to expand the brand in the Midwest. But the ultimate goal for the year, Ely says, is to get into Target stores.

Ely says Nordic Waffles will also continue to offer the fresh waffles that started it all and will continue with the Minnesota State Fair, which it considers its flagship event.

Other Local Fresh Food Brands at a Grocery Store Near You

While there are countless Twin Cities brands that began selling packaged provisions out of their restaurants during the pandemic, very few made it into grocery stores. Why? It’s not easy. “Selling your product through another retailer is a whole other level of complexity and challenge,” says Lauren Pradhan, founder of Lauren Pradhan Strategy Consulting and former executive director of Minneapolis-based food and agriculture accelerator Grow North. “It not only requires a great product and brand, but there are also a variety of rules and processes that a brand has to go through.” —T.A.

Meet three other local fresh food brands that rose to the challenge:

When husband-and-wife co-founders Sahr and Sarah Brima launched Love You Cookie in August, they intended to sell primarily in local coffee shops. But they quickly realized that, at least during a pandemic, their plan wasn’t going to work. In November, they started packaging their “OG” chocolate chip cashew and their double chocolate peanut butter cookies for sale in retail outlets. Today, they’re available at co-ops around the Twin Cities, with plans for continued expansion. loveyoucookie.com

The Tech 20 List: 2021
Duluth Builder Capitalizes on Sauna Surge
Covid Conundrum: Do We Need More Hospital Beds?
Beyond Cokes and Smokes: A Look at a Modern Convenience Store 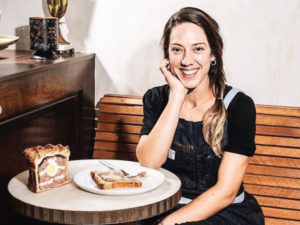 Belén Rodríguez founded Quebracho in 2018. With experience from The Bachelor Farmer under her belt, Rodríguez initially sold charcuterie, savory pies, and empanadas under the Quebracho brand at farmers markets and fairs. But when Covid hit, she turned to frozen empanadas to pull her through 2020. Currently, Quebracho sells its spinach and ricotta empanadas at 15 Twin Cities locations. This year, Rodríguez is working to expand Quebracho’s retail partners and get its USDA license to sell its beef and chicken empanadas too. quebrachomn.com 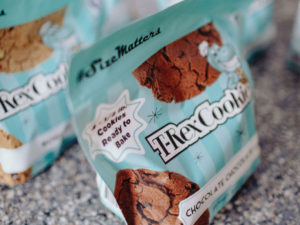 Tina Rexing has been selling her giant cookies since 2015 through farmers
markets, local restaurants and concessions, a cookie truck for events and corporate visits, as well as in her own shops in Eagan and at Ridgedale Center. When the pandemic shut down many of her avenues, Rexing began testing take-and-bake options on friends and customers. In January, T-Rex Cookie rolled out three flavors of frozen dough—monster, chocolate chocolate chip, and caramel chocolate chip—to grocery stores across the Twin Cities metro. “It’s a slow process to get frozen dessert space,” Rexing says, “but I’m making good progress.” trexcookie.com

This story appears in the Feb./March 2021 issue with the title “Move Over, Eggo.”