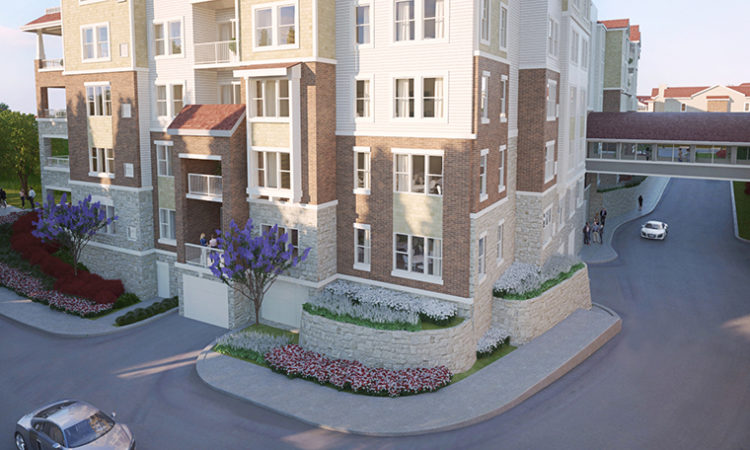 The 284-unit senior living center will gain 96 new apartments, along with a new health center building.
By Christopher Lemke
August 09, 2019

Senior living center Friendship Village of Bloomington on Monday will break ground on a $114.5 expansion.

The expansion will add 96 apartments, a physical and occupational therapy gym, and a new health center building. Friendship Village currently has 284 apartments and 12 townhomes for independent living.

Once completed, the expansion will allow 150 more residents to join the village, bringing the total to 625 residents.

The expansion, which was originally slated to start in 2018, will also increase the number of assisted living apartments from 27 to 42 and add six memory care suites, bringing the total to 32 suites. In addition, all 50 skilled nursing care rooms will be replaced with updated rooms.

To minimize disruptions to residents from construction, the expansion will be built in phases, wrapping up in early 2022.

The general contractor for the project is Kraus-Anderson. The architect is SAS Architects & Planners. Perkins Eastman will handle interior design, and Greystone Communities will serve as development consultant.

He noted that strong demand means there’s a two-year waitlist for a medium-sized apartment at Friendship Village.

As the baby boomer generation retires, the number of seniors that need to be accommodated is increasing, Miller said.

“That’s why we’re seeing so many types of senior living popping up across the metro,” Miller said.

Under the life care senior housing model that Friendship Village follows, residents have choices for different stages of aging at “essentially the same monthly fee,” according to the website for Lifespace Communities, the nonprofit that owns and runs Friendship Village of Bloomington. Residents can move between independent living, rehab care for recover from an illness or injury, assisted living, skilled nursing, and memory care. The cost generally remains the same.

There are small fee increases for additional meals and for memory care, Miller said.

The life care model started in Pennsylvania and is seen more commonly in Florida, Miller said.