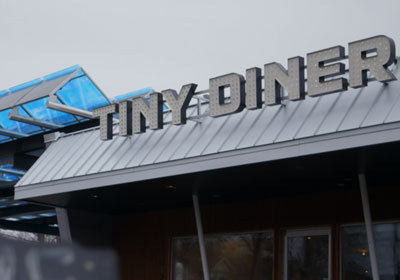 The celebration coincides with the premiere of Deluxe Corp’s video that follows small businesses, including some in Minnesota.
By TCB Staff
October 10, 2015

The movie, produced by Shoreview-based Deluxe Corp., follows some of the 100 small businesses throughout the country the company is following as part of its “Small Business Revolution,” which is a celebration of sorts for the company’s 100th anniversary. Deluxe, founded in 1915, started as a check printer, but has since evolved into a design, development and marketing firm for small companies.

“Small businesses are the backbone of Minnesota’s economy,” Dayton said in a statement. “Our small businesses provide high quality services and products, support strong communities and provide jobs and opportunity for people across Minnesota. I’m proud to celebrate their contributions and successes.”

The film includes the stories of small business and how it was critical to lifting the United States out of the recession—without a bailout—and also brings in experts from the consulting field, the Small Business Administration, the SCORE Foundation and a lecturer from Harvard University’s John F. Kennedy School of Government.

Businesses featured as part of the Small Business Revolution from Minnesota include:

The movie focuses in particular on Kim Bartmann, the James Beard-winning chef of Tiny Diner (and Bryant Lake Bowl, Pat’s Tap, etc). The documentary has been getting considerable promotion on television, with splashy ads featuring Robert Herjavec of Shark Tank. Herjavec will also make a special appearance at the premiere.

The entire film can be viewed online here.