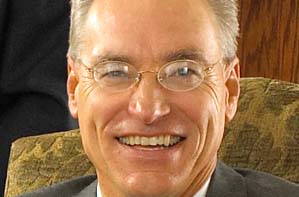 With Bachman’s CEO Retiring, the Family Business will be Passed on to a Fifth Generation

The flower and gardening company will restructure its leadership organization leading up to Dale Bachman's retirement as CEO.
By Sam Schaust
February 05, 2018

After nearly five decades at Bachman’s, Dale Bachman said Monday he would retire from his role as CEO this fall, ushering in the next generation of leadership into the family business.

Dale Bachman started young at Bachman’s, once a small flower and gardening business in south Minneapolis that, since its 1885 founding by Henry and Hattie Bachman (Dale’s great-grandparents) has bloomed to include 35 locations throughout Minnesota.

After graduating from the University of Minnesota, Dale Bachman joined Bachman’s as a full-time employee in 1972. Twenty years later he was named president of the company. By 2008, as the economic crisis was kicking into full swing, he took over as CEO and chairman of the company’s board.

Come October 20 of this year, after 46 years at Bachman’s, Dale Bachman will retire as the company’s CEO, yet retain his position as board chairman.

“It has been my great pleasure, honor, and joy to have worked with so many wonderful and talented people at Bachman’s,” Dale Bachman said in prepared remarks. “Now it is my privilege to pass the leadership baton to [Bachman’s president Susan Bachman West,] a fifth generation of our family.”

However, Susan Bachman West, who has been the Bachman’s president since 2016, will not be taking on the official title of CEO.

Instead, the company said it would be discontinuing the use of the CEO title and that more details of Susan Bachman West’s official title would come after Labor Day this year.

“As it has throughout its long history, Bachman’s has followed a well-planned and deliberate process to make this transition of leadership as seamless as possible,” the company said in its release. “The planning process of restructuring operational duties and reports is underway.”

Come the time when Susan Bachman West and the fifth-generation do take over, Dale Bachman said that “the business, the leadership team, and everyone at Bachman’s… could not possibly be in better hands.”