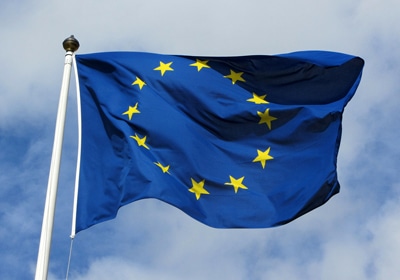 Will Minnesota Business Be Affected By Brexit?

Two partners at Faegre Baker Daniels’ London office discuss the intricacies of Brexit and why Minnesotans should be paying attention.
July 03, 2016

With Britain voting to exit the European Union (dubbed the “Brexit”) on Thursday, the outcome carries a particular weight not just overseas, but for Minnesotans as well.

As the British pound dropped to its lowest value in 31 years, nations and businesses around the world are beginning to feel the rippling effect of Britain's historic decision. Huw Beverley-Smith and Costanza Russo, partners at the London office of Faegre Baker Daniels, a law firm headquartered in Minneapolis, talked to TCB via email about why Minnesota businesses should be concerned about Brexit, which industries will be most impacted, and why companies with overseas offices may end up shifting their European locations elsewhere.

How long will it take before certain industries/businesses begin to feel the Brexit effect?

There will be a two-year period for the U.K. to exit the EU, once the U.K. government formally decides [to leave]. In that time (and beyond the two-year period) trade agreements will need to be negotiated between the U.K. and the U.S.  However, the effects will be felt immediately in the financial markets as the global economy reacts to the news. There is likely to be a period of economic uncertainty as replacement trade deals are negotiated. Also, if a Brexit triggers demands for referendums in other countries, as has been widely predicted, this could lead to instability in the EU in the short to medium-term, which is not good for any Minnesota business with significant overseas operations or customers.

If the U.K. votes to leave the EU, what is the economic impact on Minnesota at large?

Minnesota is roughly the same size as the U.K. in terms of landmass, and [Minnesota] has a strong economy with a high number of Fortune 500 companies [with] significant overseas operations. For any Minnesota business doing business with the European Union, the U.K. will still be a key market, since it is currently one of the most successful economies in the EU with millions of consumers. However, there will be additional complications in having to comply with two sets of laws.

Currency fluctuations will also create uncertainty in the immediate term. Investment into Britain and into the EU in general may be delayed and stalled while investors seek to understand the consequences of Brexit.

Some Minnesota businesses have U.K. headquarters, although others are based in Ireland or in continental European [cities] such as Brussels. Those located in the U.K. may wish to relocate their European operations to other locations. The importance of London as a global financial center may also decline resulting in some Minnesota-based financial services companies focusing their operations on other centers such as Frankfurt or Paris.

What specific industries will be most impacted if a Brexit vote wins?

Businesses in highly regulated industries, such as pharmaceuticals, medical devices, consumer products and financial services will be impacted. These industries need to comply with a myriad of EU regulations, for example on product testing and labeling. In the long-term, the reduction may be a small benefit for the sale of their products in the U.K. market. However, most international businesses with customers in multiple countries will still have to comply with two sets of rules.

Financial services firms, including EU subsidiaries of U.S. companies benefit from the current ‘passporting’ system. This allows firms located and regulated in one member state to provide financial products in another member state, without the need for direct authorization in each state. This system may no longer be relied on following a Brexit.

Industries relying on significant levels of foreign investment, including the real-estate industry, are also likely to suffer in the short-term as flows of capital slow down.

Is there a chance any industries/business could benefit from the U.K. leaving the EU?

It is hard to see many specific U.S. industries benefitting from the U.K. leaving the EU. Most will be subject to the short to medium-term economic uncertainties as replacement trade deals are negotiated between the U.S. and the U.K., which could take several years.