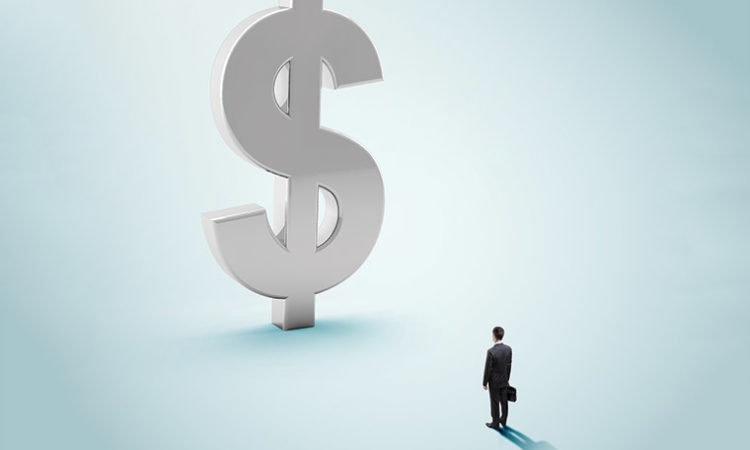 Why More Minnesota Businesses are Steering Away from Courtrooms

A rising number of Minnesota businesses are avoiding expensive litigation and resolving disputes through mediation and arbitration.
By Gene Rebeck
May 01, 2018

Paul Smith, a veteran business litigation attorney, says it wasn’t so long ago when businesses in legal disputes would pony up for the big legal fights. The instant response by many companies was: I’m going to find the biggest, baddest lawyer and go to war with the other side.

That’s no longer often the case. “What I think businesses have figured out is that if you’re going to get into that battle, it’s going to be expensive,” says Smith, shareholder in the litigation practice group at Bloomington-based law firm Larkin Hoffman Daly & Lindgren Ltd.

Smith is by no means the only Twin Cities litigator who’s seen that decline. Brooke Anthony, a shareholder in Minneapolis-based Anthony Ostlund Baer & Louwagie PA, says that her business clients have also discussed whether litigation makes sense when faced with a dispute. She, too, cites the costs.

And those aren’t just fees. “There also are electronic discovery obligations that are extremely expensive, with email and computer systems and backup tapes and servers; and just the volume of documents that now exist on any given subject matter in any company is huge,” Anthony notes. “The cost of finding and producing those documents, which you’d need to do in litigation, is very high.” That doesn’t include what Jason Asmus, 16-year litigator at Minneapolis firm Briggs and Morgan PA, calls the “soft costs” of business disruption and the time employees spend digging up old documents and emails.

These days, when it comes to legal issues, companies are turning less often to pit bulls and more often to golden retrievers. They and their counsel are looking to other forms of resolution to settle disputes. And businesses are increasingly protecting themselves from expensive litigation by building those forms of resolution into the deals they sign. Still, there are times when taking the fight to court is the better tactic—or at least an unavoidable one.

Over the past 10 years, the U.S. District Court, Minnesota District, has registered an overall decline in the number of business conflicts litigated there. For the year ending June 2016, there was a sharp drop in total civil lawsuits over the previous year, falling from 5,440 to 4,006. There has been an increase in the number of suits since then. But the long-term trend clearly suggests that fewer Minnesota businesses are taking their disputes to court.

“Litigation historically has had ebbs and flows,” Anthony says. “It used to be when the economy was good, everyone was suing each other because the money was there. Then when the economy was down, everyone was suing each other because they want the money.” But she believes that the length and depth of the recent recession “caused a lot of companies to think really hard about how they were spending their money and where they were spending it.” The recession “was a pretty serious lesson for a lot of companies.”

Companies are now more strategic when it comes to litigation, Anthony says. For many businesses, litigating disputes “isn’t what allows them to succeed.”

With the cost of litigation going up, businesses that have a legal issue with another company are looking for ways to settle out of court, such as alternative dispute resolutions, or ADRs. The most common forms of ADR are mediation and arbitration. With mediation, the disputing parties, typically working with attorneys, negotiate a settlement with a neutral third party. In arbitration, the dispute is brought before an arbitrator, who is in most cases an expert in the disputants’ industry.

Mediation is a voluntary facilitated settlement process that’s defined by “freedom of choice and self-determination,” says Jeffrey Ansel, litigation shareholder at Minneapolis-based Winthrop & Weinstine. In mediation, he says, no one can force the parties to make a deal.

To Ansel, arbitration is more akin to litigation. It is a “quasi-trial” process. It is not a negotiation. In both arbitration and litigation, it’s more of a battle—and it’s the judge and jury, or the arbitrator, who makes the final determination, not the parties.

Arbitration has some advantages over litigation. For one thing, the parties can stay out of court and keep the dispute private. “Because arbitration requires that there be an agreement to arbitrate, there’s some measure of self-determination in arbitration,” Ansel says. Contracts between the two parties can include arbitration in the deal, and the rules for such an arbitration can also be agreed on.

Another key point: Minnesota court rules require the parties to look at an ADR process during the litigation and before trial. Those state requirements describe all the different ADR processes available, Ansel says, explaining “with very rare exceptions, you have to pick one [of the processes] and do it.” Most often, he adds, people select mediation.

In short, Ansel advises, the best way for a company to avoid litigation is to make sure that their business agreements are clear and unambiguous. Just in case, he recommends the contracts include some form of ADR with specified rules, procedures and limits. However, the parties could still end up in court.

“Businesses are doing a much better job of doing a cost-benefit analysis,” Smith says. One question they’re asking: Will the thousands of dollars they’re spending on litigation be a worthwhile investment? In a great many cases, the answer is no. Many law firms, he adds, are changing to reflect this, and are helping clients look for ways to avoid court. Yet, Smith says, “The reality is, it takes two to tango.” If the other side doesn’t want to arbitrate or mediate, a dispute could end up being litigated.

Given their advantages, are arbitration and mediation always better options than litigation? Not necessarily.

“Before you know it, the only difference is that an arbitration is a private process and a litigation is a public process,” Ansel says. To avoid or at least minimize this scenario, he says the parties have to agree on how to streamline the case. It’s best to have dispute resolution provisions in the contract that the parties signed when they decided to do business together.

There are few general rules about when to mediate, arbitrate or litigate. Attorneys say that decision depends upon the case and the client. But they note factors that would make taking the fight to court the smarter strategy.

One of the drawbacks of arbitration “is that you’ve lost the rules of evidence,” Smith says. The judicial system, he adds, “has spent a long, long time honing evidentiary rules in an effort to make trials a fair forum for resolving disputes.” In arbitration, those rules are typically lost.

Smith cites the American Arbitration Association’s commercial arbitration rules, which say that conformity to legal rules of evidence “shall not be necessary.” For example, arbitrators will often permit hearsay evidence. Such evidence isn’t presented under oath, and it’s not subject to cross-examination. As a result, “the parties will have acquiesced to arbitrators potentially deciding disputes based upon evidence which courts would consider insufficiently trustworthy,” Smith says.

What’s more, if an arbitrator’s decision goes against you, that’s the end of the story: You lose your right to appeal. If your business dispute is resolved via arbitration, Smith says, “you’re really giving up quite a lot.” Ansel says the three dispute resolution options are quite different. “If parties prefer self-determination and control of outcomes, mediation is the best choice,” Ansel says. “If parties prefer private proceedings with less formal processes and are willing to give up certain legal rights such as the right to a jury or the right to appeal to a higher authority, arbitration may be best. If a party is interested in a legal issue being clarified or determined or wants to be on more traditional footing in resolving a dispute, litigation may be the way to go.”

There are disputes worth fighting in court. “You are always going to have what I call your true ‘bet the company’ litigation,” Asmus says. “This is where two businesses are at odds with one another and if one side loses, it’s done.” The company could go out of business. Trade secret misappropriation is one example; patent infringement is another.

“If you’re the financially stronger party in a transaction, it may be to your strategic advantage to resolve the dispute through the traditional litigation process,” argues Todd Wind, a litigation division co-chair with Minneapolis-based Fredrikson & Byron PA. The cost of litigation “won’t necessarily scare you off,” he says, and it “may deter the weaker financial party.” And if a business is the weaker party financially? In most cases, it pays to settle as quickly as possible in order to keep costs low.

Wind recommends pre-suit mediation for businesses that are the weaker financial party. “I like the idea of the executives being required to meet and exchange proposals and see if they can work out a business solution. Oftentimes, that will result in something and avoid a lawsuit.”

Wind also suggests that companies set up a board committee that reviews disputes and takes a hard look at the front end. This committee would review cases when they arise, looking at the risks and costs to decide which cases should be settled and which ones defended. This approach to business disputes, he says, helps “take the emotion out of it.”

Get an early start

It’s true—not all litigators are snarling pit bulls eager to get into court. In fact, a great many litigation attorneys see themselves as business advisors as well as trial lawyers. “While litigation filings might be down, that doesn’t mean that all litigators are going to go out of business,” Anthony says. “It just means that we’re going to be providing potentially more pre-suit advice than we have in the past.”

“It’s still important to have outside litigation counsel because they help you to evaluate the risks and the likelihood of success [in a business dispute]—and even the cost, to a certain extent,” she says. When it comes to actual litigation in court proceedings, many of Anthony’s clients are questioning the “value proposition of going down that road.”

And, as Asmus notes, the earlier a business addresses the dispute, “the better chance you have to avoid what I call transaction costs.” This is especially true if a business is playing defense, as it will always be reacting and putting out fires as they arise. “The next thing you know, you’re six months into litigation and you’re looking at numerous requests for your electronic data,” Asmus says. “That means you’re engaging an outside vendor and incurring tens of thousands of dollars, and potentially more, in electronic discovery costs.”

Playing catch-up in litigation means “you can’t make fully informed decisions on the strategies you should execute, the costs you should incur and what path you should take,” Asmus says. Getting in touch with a legal adviser as early as possible gives a business a chance to weigh what Asmus calls “the bad facts and the good facts.”

These days, more companies caught in business disputes are keeping their cool. More are incorporating arbitration and mediation clauses in their contracts. That doesn’t mean that a business shouldn’t be prepared to fight in court, if necessary. But in most cases, it pays to play nice.