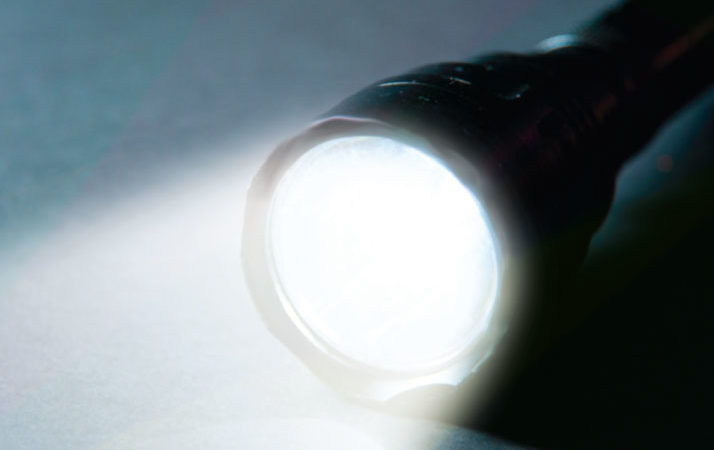 While federal tax changes will benefit many businesses, accountants and other financial experts are still deciphering the unintended consequences.
By Nancy Crotti
May 01, 2018

The new federal Tax Cuts and Jobs Act is the biggest revision of federal tax law since 1986, and its implications for businesses have only just begun to unfold. Some of the major questions about the impacts hinge on the type of business being taxed—a pass-through or C corporation; small, medium or large business; or domestic or multinational company.

The federal government taxes pass-through companies, such as sole proprietorships, LLCs and S corporations, not as businesses but on the income of the owners as individuals. The new tax law slashed the federal corporate income tax rate from 35 percent to 21 percent, while the top individual tax rate dropped from 39.6 percent to 37 percent. This leaves owners of pass-through businesses clamoring to know whether they should switch entities and become C corporations, which would be subject to the new 21 percent tax rate.

Plus, C corporations can write off their state taxes. What’s not to like?

Possibly, a great deal. Tax attorneys, accountants and bankers alike are warning that many factors besides a lower tax bill must be taken into account.

“You need to determine what’s your plan for the business in the next 10 years,” says Todd Jackson, a tax partner with accounting firm RSM in Minneapolis.

An S corporation that has excess cash flow can distribute that money to the owners and investors, but as a C corporation, the company and the individuals would both pay taxes on those earnings, Jackson says.

“It’s a very tax-inefficient way to make distributions out of a company,” he says. “That’s why we say if the business has had a history of making these additional distributions to the shareholders, and you convert to a C corporation, you need to take that into account—that it actually gets more expensive … because you’re going to be double-taxed on that.”

That double-taxation also counts when an owner sells a C corporation and distributes the proceeds to shareholders, says David Bahls, a tax attorney and principal at Gray Plant Mooty in Minneapolis. 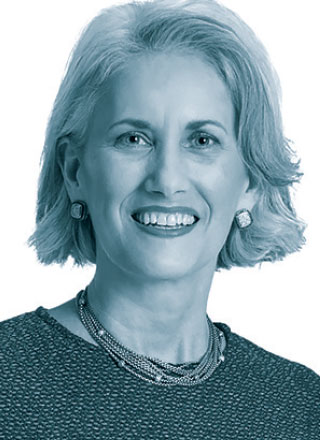 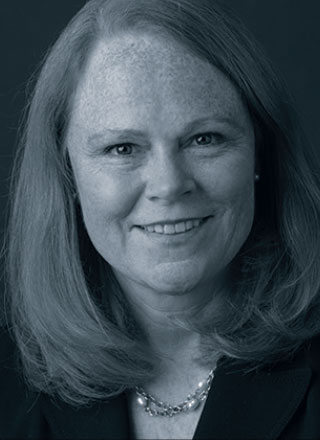 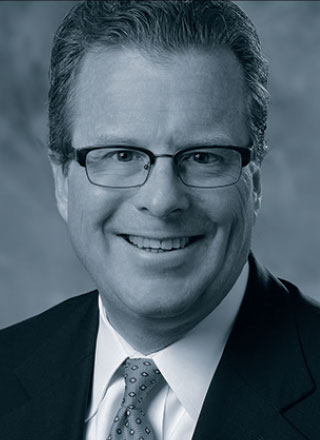 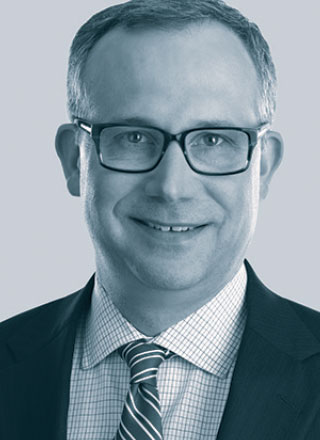 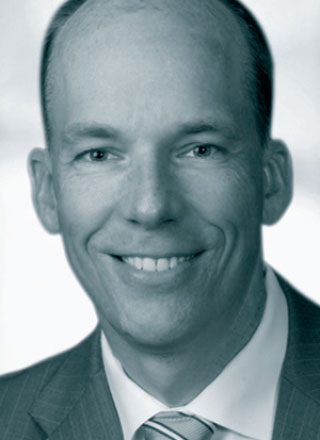 C corporations also are subject to the federal accumulated earnings tax. If they retain too much cash at the corporate level, they must make dividend distributions or pay a penalty. When they make those distributions, the shareholders pay at a rate of 24 percent. Pass-through entities pay only one level of tax when they sell, Bahls adds.

“Ultimately it’s not a cookie-cutter answer,” he says. “You have to model out all of these and see what makes sense.”

Companies that do make the switch from pass-through to C corporation cannot switch back without paying a major penalty, these experts say.

Why More Minnesota Businesses are Steering Away from Courtrooms
The Evolving Role of Business Education
Why Are So Many Prominent Executives Leaving Big Corporations?
Inside The 1300 Mystery in Dinkytown

To make up for the difference between the C corporation and pass-through tax rates, the new federal law includes a maximum 20 percent qualified business tax deduction for certain pass-throughs, excluding personal service providers such as accountants and attorneys, and other businesses that rely on the skill and reputation of an employee, such as a chef. This provision expires in 2025.

“It’s one of the most complicated provisions in the tax act,” says Mark Salsbury, a tax attorney with the Minneapolis office of Ballard Spahr. “It is, for small businesses, the most important tax benefit,” he says. “There might be some structuring that might be considered to maximize the benefit.”

“The IRS has said they will issue additional guidance for this,” Bahls adds. “There’s a lot of ambiguity for what will qualify.”

The overarching advice from Jeanne Crain, CEO of Bremer Bank, is for clients to carry on for now, focusing on growing revenues and controlling expenses while making sure they’re taking advantage of what they can from the changes in tax law.

“Work with your tax professional and make sure that your corporate tax structure is appropriate based on your expected income for 2018,” she says. “Who knows how permanent these changes might be? You can’t make a change in corporate structure purely on what will happen in 2018. It’s a longer-term decision.”

Companies that stand to benefit from the lower 21 percent corporate tax rate are wondering about opportunities to diversify and grow, according to Kate Kelly, PNC Bank regional president for Minnesota.

“In general, I think people are at a new level of optimism compared to what we called cautious optimism before,” Kelly says. “Something got done.”

“I think the largest companies will have a real pressure to grow now,” Kelly says. “And even mid-size companies will say, ‘What have we been waiting for?’ ”

The new law will limit the amount of interest expense that companies with annual revenue topping $25 million can deduct, which could lead those companies to limit the amount of debt they use for acquisitions, Jackson notes. “That would be a provision that is not super-friendly to the business world,” Jackson says. “It’s one of the ways they were [using] to help pay for the decrease in tax rates, which is by limiting the deductions.”

Smaller to mid-size companies will benefit from the new law’s provision that allows a 100 percent write-off for purchases of tangible property other than real estate. This bonus depreciation portion of the law could spur businesses to invest in capital equipment.

“The exciting part of this is that under the law prior to this, there was a 50 percent bonus depreciation, but it only applied to new property,” Bahls says. “This one will apply to used property as well.”

This provision will likely result in more companies buying the assets of businesses rather than the stock, and might lead to sellers getting higher prices for their companies because buyers can write off the tangible portion of the purchase in the first year rather than over a period of years.

Such activity will probably take place sooner rather than later, because the 100 percent write-off drops to 80 percent in 2023 and by another 20 percent each year until it expires in 2027. “Certainly for businesses with a lot of assets, this is a big benefit,” Bahls says.

The new federal law has many implications for companies that have foreign subsidiaries. Under the old federal law, these companies were allowed to defer paying taxes on income earned in a foreign country until they brought that income into the United States, if ever. Not anymore. “One of the significant tax law changes is that all of that deferred income is being forced to be recognized as taxable income by the federal tax law change,” Jackson says.

That income will be taxed at a rate of 15.5 percent for cash, equities and receivables, and 8 percent for reinvested foreign earnings, according to the nonprofit Tax Foundation.

The new law also encourages U.S. companies that have foreign profit-making functions, particularly intangibles such as intellectual property, to bring them home, according to KPMG partner Kevin Smith. The World Trade Organization views this as anticompetitive and will lobby against it, he adds. KPMG is advising clients to hold off on doing this.

Minnesota is one of a handful of states that taxes individuals and businesses based on their federal taxable income. Bottom line: Unless the Legislature changes this, Minnesotans’ taxable income will go up, generating nearly $850 million in state revenue in the current fiscal year and nearly $1.5 billion in fiscal 2020-2021, according to state Department of Revenue estimates.

Gov. Mark Dayton released a tax proposal in late March that would provide some tax relief for families, but the governor’s plan has been criticized for penalizing businesses.

If the Minnesota Legislature doesn’t conform to the new federal law, there would be many differences between what is and isn’t deductible, Jackson says. “The more things are different, the more complexity you have,” he says. “This will be an issue that every state will have to deal with, not just Minnesota. Just about every single state has to deal with this.”

The different states’ responses also could put Minnesota at a competitive disadvantage, he adds.

Political observers expect Dayton, a DFLer, and the Republican-controlled Legislature to take action in response to federal tax changes, but it’s unclear what elements will be in the final tax package. “I think it’ll be fascinating to see what they’re going to do,” Bahls says.

Accountants, tax attorneys and bankers are cautioning clients to wait and see how these changes to federal and Minnesota tax laws shake out. First, they’ll need to wait for more guidance from the Internal Revenue Service, which could take several months to come out. Then there’s the Minnesota legislative response. Plus, even though the federal business tax changes are now law, they could be altered if there’s a new political environment in Washington, D.C.

“If the balance of power in Congress changes and the presidency changes, I certainly could see a situation where the corporate tax benefits are modified,” says Salsbury, who has been practicing law since 1995. “There will need to be some time to see how they all play out and how they will all be interpreted.” 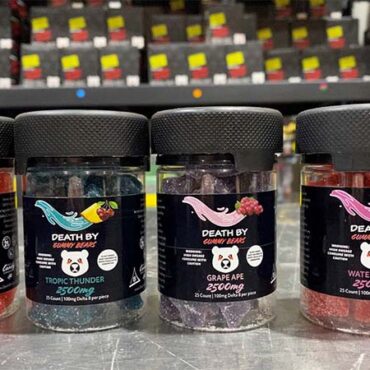 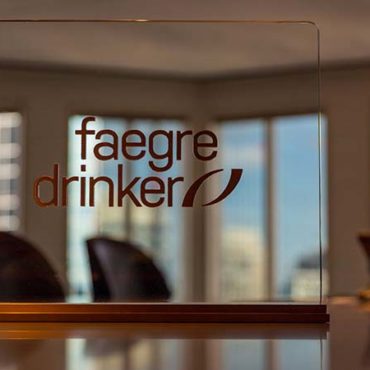