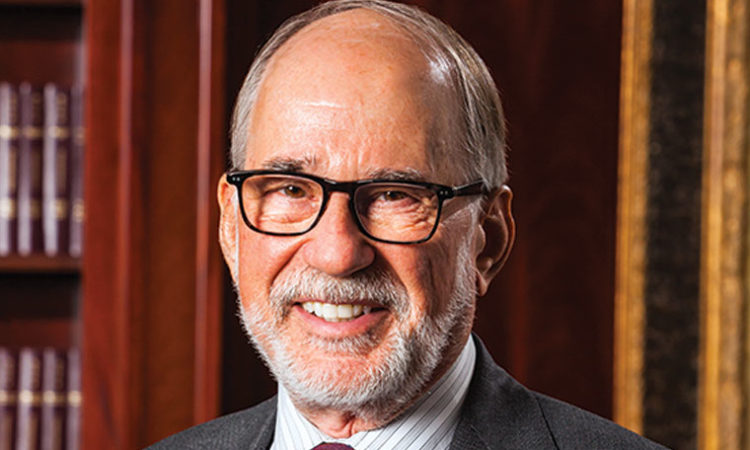 RIP: What We All Can Learn From John Nasseff

A big wallet can help a person be a big philanthropist—but it also takes a big heart, and that is certainly what John Nasseff had.
By tcbmagstaff
May 01, 2018

Open Letters are not usually used to express sympathy. In this case, we have all benefited from John (and your) philanthropy, so this seemed appropriate. The John Nasseff story is about the son of an immigrant family born into (financial) poverty who had to drop out of school in ninth grade because of his father’s illness. John served in the Army in the World War II’s Pacific theater and, on returning home, went to work for the only employer he ever knew, West Publishing Company.

Much has been made of John Nasseff’s philanthropy: his rebuilding of churches, his establishment of the Nasseff Heart Center, the work he and you have done helping orphanages and health and dental clinics around the world (Mexico and Lebanon), and the contribution that made possible the Rowan Police Training Center. Many of those stories have emphasized that John became wealthy upon the sale of West Publishing. A big wallet can help a person be a big philanthropist—but it also takes a big heart, and that is certainly what John Nasseff had.

Vance Opperman was counsel and, later, president of West Publishing. John Nasseff worked at West for 50 years. A scholarship fund for immigrant and low-income students has been established in his memory at the Aim Higher Foundation. For more information contact jhoughton@aimhigherfoundation.org. 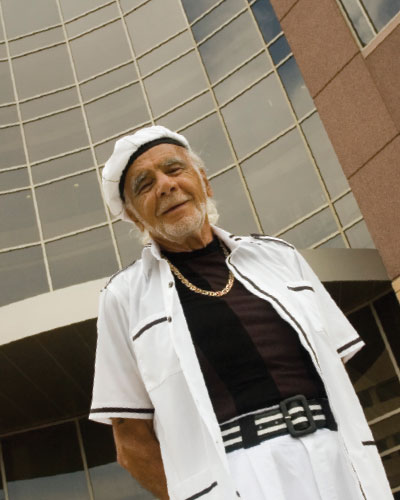 So one thing we learned from John is that an immigrant’s striving is one element to his and our success. But other things are needed too. An allegory I like is to think of a taxicab during a rainstorm picking up a drenched customer on Wall Street. A customer gets in the cab, notices the driver, ascertains that he is an immigrant from Pakistan and sees on the seat next a well-thumbed college calculus text. When the driver is asked about it, he replies, “I want to be ready when luck shows up.”

John Nasseff had some luck—luck to be employed by West Publishing Company and luck that he had a manager who would listen to his ideas about making the company more efficient. Not content with the job, and perhaps because he had just come from fighting a war, John wanted to make some of his own luck at West.

He noticed that the unloading of boxcars and the way paper was handled in preparation for printing seemed inefficient. So on his own time, he talked to some people at Burlington Northern Railroad and observed how paper was handled at the St. Paul Pioneer Press. As a former member of the 1884th Engineers Aviation Battalion, John had worked building huge runways and supporting structures in preparation for bombing Japan. He knew you could learn a great deal from observing people who were actually doing the work. Taking this experience, and what he observed, he went to his manager, Lee Slater, and suggested a number of changes in the way West handled its printing paper. This approach to solving problems—seeing people who actually do the work and asking them for suggestions, building on previous experience—is the way John built all of the facilities that West owned, including its campus in Eagan.

So it helps to have luck, and John had it. But it also helps to be ready when luck shows up, and John was always ready.

To be ready when luck shows up requires skills or education, and the opportunity to use them. In John’s case, the education and experience came as the result of working in the Pacific in World War II. Tom Brokaw wrote the book The Greatest Generation. That book profiles that cohort of Americans who grew up during the Great Depression and went on to win in World War II and come back from the war and build peacetime America. John was part of that greatest generation. And in John’s case, notice that skills training is not always best bestowed on those who have graduate certificates.

It also helps to be smart. As all of us know from school, not everyone is smart. As all of us who have graduate certificates from various schools have also observed, having a graduate certificate doesn’t necessarily mean that the holder of that certificate is smart, either. People who are smart and who can use skills, wherever acquired, come from all manner of backgrounds. They can even be from a poor Lebanese immigrant family, drop out of school in ninth grade and find themselves helping to build runways in the Pacific Ocean during World War II. It is a lesson we should never forget.

John also never forgot a friend. Friendship was not always offered, and one of John’s governmental foes referred to him as “a tough guy.” But to be a friend was a lifelong benefit and honor. John commanded the loyalty, hard work and devotion of the people who worked for him, and that is a very essential skill in making any corporation grow. He built teams of loyal and dedicated employees at every level at West Publishing.

Ramsey County paid millions of dollars to demolish all of the old West Publishing buildings in St. Paul last fall. John passed away some six months later. You had the sense that a large part of the foundation of what made St. Paul a unique community had just disappeared. If we can learn the lessons that John Nasseff’s life teaches us—welcoming immigrants, educating people, being lucky and smart—this unique culture will continue. There will never be another John Nasseff in these parts, but there may be others who would be like John.

Vance
Honored to be a friend