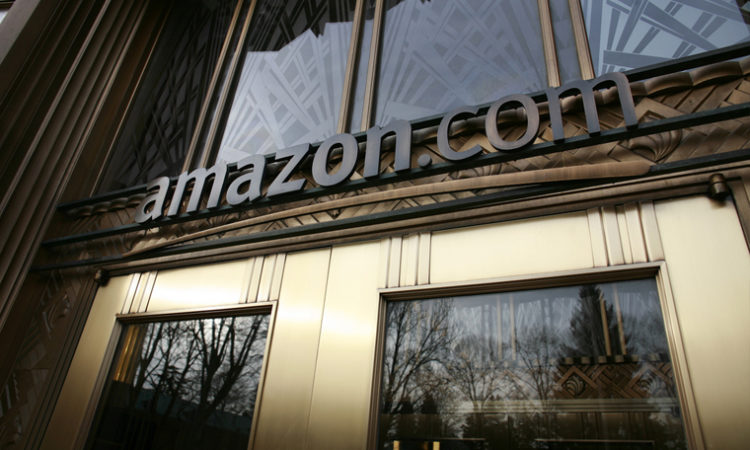 Art Rolnick, a senior fellow at the University of Minnesota and former VP at the Federal Reserve Bank of Minneapolis, explains why getting into subsidy bidding wars would ultimately be bad for the region and the state.
By Jared Goyette
January 18, 2018

Amazon narrowed down the list of cities it’s considering for its next headquarters on Thursday, and the Twin Cities didn’t make the cut.

The news will come as a disappointment for many local civic and business leaders. While the Twin Cities, one of 238 metro areas to submit proposals to the Seattle-based retailer, was not considered a front runner, had it landed Amazon’s second headquarters—or “HQ2”—it could have come with $5 billion in construction and as many as 50,000 permanent jobs.

But for Art Rolnick, a senior fellow at the Humphrey School of Public Affairs at the University of Minnesota and a former VP at the Federal Reserve Bank of Minneapolis, Minnesota played its cards right. In his conversation with TCB, Rolnick, a long-time critic of business bidding wars, saw a silver lining in the failure of the Twin Cities to make it to the next round.

Q  What was your initial reaction to hearing the news?

I think of it as a bidding war. They’re going to locate their jobs in one of these states. They’re trying to get the maximum out they can from whatever location they pick. Now they've narrowed it down to 20 communities, so the 20 communities can see what each other bid and keep the bidding going. They're trying to maximize what they're getting out of this.

I'm not surprised that they're doing it this way. They're keeping the bidding alive until they get the type of response they want, which would be the maximum subsidy… I wouldn't be surprised if Amazon had a pretty good idea of where they wanted to be, and they open up the bidding war to get the maximum subsidy out of the location they really want.

Q  What do you think this means for the Twin Cities?

I think we came up with for the Twin Cities a very reasonable offer, but it didn't compare to some of the other communities. From the Twin Cities, if we had made the top 20 and ultimately won the bid, it would bring a lot of jobs, you would understand why Minnesota or the Twin Cites would want a company like this, that would have been fine, but I have a hunch there is going to be buyer's remorse, as usually there is with most of these deals.

Foxconn is in good example in Wisconsin, it looks like they way overpaid. So when you ask me that question, it really depends on buyer’s remorse — do you end up overpaying in this bidding war? From a local perspective, that's what you have to look at.

From a national perspective, this makes no sense. These jobs are going to be created somewhere in the country and we're using public money to finance a private company. Yeah, they are going to create jobs, but General Mills creates jobs, Ecolab creates jobs, Best Buy create jobs, Target creates jobs. The best economic principle here, the public policy principle, is to treat all business equally. Keep taxes low on business, but keep them low for everybody — the government should not try to pick winners and losers.

Q  From that point of view, then, could this end up strengthening Minnesota’s hand when dealing with other companies?

What's made Minnesota one of the best economies in the country and in fact the world is the quality of our workforce. We used to be a pretty average economy. When I was at the Federal Reserve of Minneapolis, we looked at data going back to 1920 and, in 1920, Minnesota was a pretty average economy. In 1950, it was a pretty average economy, and then it started to outperform the national economy and the critical ingredient was that we started to do a better job educating our kids and our workforce, and by the year 2000 we were one of the most highly educated workforces in the country. That, I would argue, is why on a per capita basis we are number 1 or number two on Fortune 500 companies.

That's what makes our economy so strong. It's not the subsidies. Fortunately, we haven't played that subsidy game very much and we're kind of leading the way… Even though it's a relatively high tax state, we're also a high quality of life state, and it's a great state to do business in and one of the key reasons is the quality of the workforce. That's the ingredient that'll continue to sustain our economy.

Q  Why in your mind are such bidding wars harmful?

From a national point of view, cities and states spend about $80 billion a year in trying to lure each other's companies. So public money that could go for infrastructure, for education, for reducing crime, for cleaning up the environment, really important public investments. We underinvest because as a country we are spending $80 billion that is just subsidies to private businesses.

From a local perspective, if you win of these bidding wars and you don't overpay, you get some new jobs, you get some new taxpayers, and you could see where those benefits could accrue. But that's not the way you promote sustainable economic growth. Those are short lived and while you win a battle, it's not clear you win a war.

Q  Ultimately, how do you think Minnesota did in this process?

I think they played it right. We already have a strong economy. We have very low unemployment, it's been strong for years. We do, generally speaking, invest most of money into infrastructure and education so I'm glad we didn't come up with too high of a bid. Critics will say we didn't do enough, but we weren't going to win that bidding war. You look at New Jersey — they had a $7 billion offer — so I don't think we were ever really in the cards, given the competition here. I'm not unhappy with the way Minnesota handled this. The business community, the national business community, knows this is a really good place to do business.

Note: This interview was edited for clarity and length.