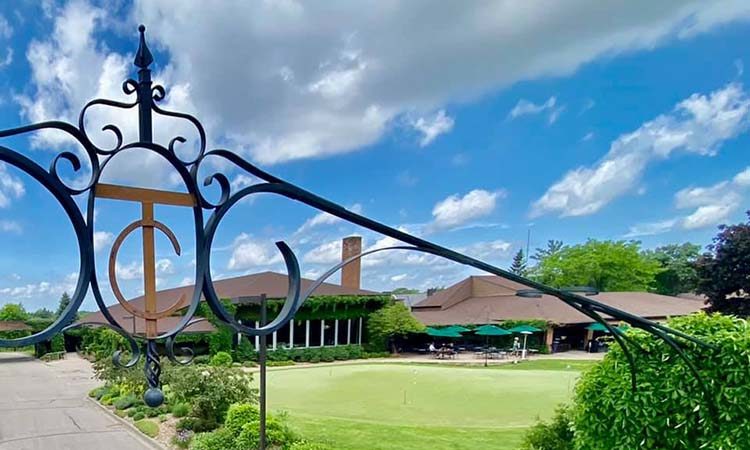 The board of the club voted unanimously to decline the university’s offer. “We have no interest in any further engagement on this topic,” the board said in a statement. Town and Country Club on Facebook

Hosting University of St. Thomas hockey games at a high school rink was fine when the university was a DIII school. But now it's DI.
By Winter Keefer
February 23, 2022

The Town and Country Club has declined a $61.4 million offer from the University of St. Thomas to buy its nearly 100-acre golf course.

The club’s board of directors voted unanimously Tuesday evening to reject the offer, according to KSTP.

The board released the following statement:

“Over the last week, the Town & Country Club Board of Directors carefully reviewed the University of St. Thomas’ proposal, explored questions related to the proposed transaction and most importantly, listened to input from our members. Having completed that work, the board voted unanimously to reject the university’s proposal and inform them that we have no interest in any further engagement on this topic. Town & Country Club is not for sale.”

None of the club’s property had been placed on sale and the offer was “entirely unsolicited,” according to an email sent to members last week by club president Matt Winkel. The letter stated the board had “serious doubts” about the offer.

St. Thomas has said it was only gauging Town & Country’s potential interest in the property as the university grappled with limited space for needed athletic facilities. With the property, the campus footprint would have more than doubled.

In 2020, St. Thomas was the first school to make the two-level jump from Division III to Division I since the national governing body for college sports established its current rules around changing divisions in 2010, according to ESPN.

The move to Division I drove the question: “What do we need and where do we put it?” St. Thomas CFO Mark Vangsgard said

Moving forward, St. Thomas will continue to explore other options that would allow it to develop new facilities to support its D-I athletics programs, the university said in a statement after the board’s vote.

“We appreciate that Town & Country’s leadership brought our interest forward to its membership, and we thank them for their consideration,” the statement reads.

Hosting University of St. Thomas hockey games at a high school rink was fine when the school was Division III. But now it’s D-I, it’s time to step it up.

Currently, St. Thomas hockey games are hosted around eight miles away at the Saint Thomas Ice Arena in Mendota Heights. The university soccer field overlaps its softball field, which worked when the school was DIII and the softball season was separate from soccer, but in D1 both seasons happen simultaneously.

There are no official requirements by the NCAA for athletic venue sizes, but the school is feeling the pressure to step up its facilities, Vangsgard said.

“It’s not like they come and say, ‘You have to have a 5,000-seat basketball arena or a 20,000-foot football stadium.’ What we’re responding to in terms of our DI athletics needs is, in part, requests from the conferences we join,” he said. “For instance, as we move into our men’s and women’s hockey conferences — which are some of our premier hockey conferences in the country — those conference leads have pretty much said, ‘You know, probably not a good idea to continue playing at a high school hockey arena.'”

With eyes also on the new Highland Bridge development, the site of the former Ford plant, Vangsgard said the university is looking to the future as it explores buying land. Ultimately, the university would like to build a new hockey arena, softball field, baseball field, indoor practice facility, and parking structure. “None of it fits on campus,” Vangsgard said.

Finding the right place for new athletic facilities could take time, he said. With limited acreage, Highland Park would provide a short-term fix.

Before Town & Country declined the university’s offer, Vangsgard said the golf course property would have set up the university for the next 300 years.

“That’s not necessarily student growth but that could be programmatic growth — new majors, new schools, new collages over time,” he said.

Town & Country did not immediately respond to a request for further comment.

While it is not clear how many members are currently enrolled, the club had more than 500 members in 2018, according to the Star Tribune.

According to the club’s website, the first round of golf ever played in Minnesota was played at Town & Country Club in 1893.