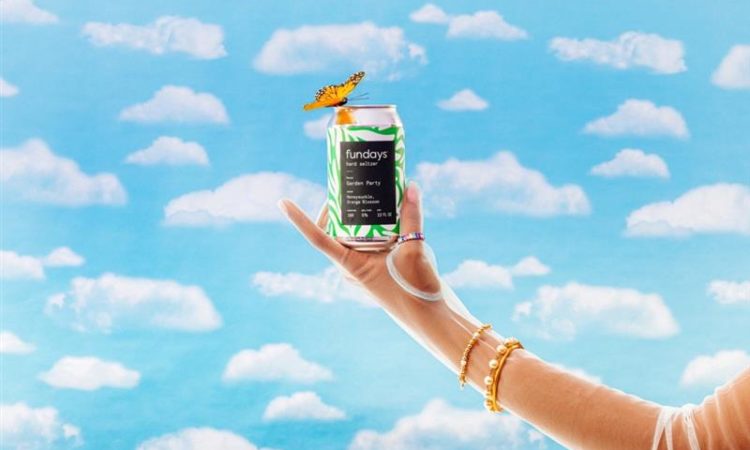 Identifying a "white space" in the fast-growing hard seltzer market, fundays launches this month at Target, aimed at Gen Z and Millennials.
By Allison Kaplan
June 10, 2021

The Stable, a fast-growing branding and commerce agency that specializes in bringing new products to shelf at Target and other major retailers, decided to flip the script and launch one of its own: a hard seltzer called fundays.

The Minneapolis-based agency’s experience and connections paid off: fundays launches this month at select Target stores nationwide. The brand, aimed at Gen Z and Millennials, will debut with other national retailers in the coming months and is already available at select specialty stores including Liquor Barn in Long Lake.

“Believe it or not, we identified white space in the seltzer market, leveraging our analytics and insights team, and found that there was a real opportunity to build a brand with unique flavors aimed at Gen Z and Millennials that didn’t take itself too seriously,” said Chad Hetherington, co-founder and CEO of The Stable. (Hetherington is on the 2021 TCB 100 list and was recently named a finalist in the Heartland division of this year’s Ernst & Young Entrepreneur of the Year Awards.) The Stable, which recently acquired Jacobs Marketing in the Twin Cities, also has offices in Bentonville, Arkansas, Seattle, and Austin, Texas.

Hard seltzer is the fastest growing and segment of alcohol beverages, according to NielsenIQ. It’s also the most resilient—while beer sales plunged when bars and restaurants closed due to Covid-19, retail sales of hard seltzer quadrupled. Total hard seltzer sales for the 52-week period that ended June 13, 2020 were $2.7 billion.

Hetherington and his team of more than 200 employees at the Stable began exploring the opportunity prior to the Covid-19 shutdown. They got buy-in from Target and other retailers on the look, feel, and concept of a fundays drink brand early in the process. “Next thing you know, we’re sitting on a Zoom call in April of 2020 trying to figure out how the hell we were going to make a hard seltzer.”

The Stable partnered with Cardinal Spirits in Indiana and Houston-based Buffalo Bayou Brewing Co. to bring the product to life and identify flavors they thought would resonate with the 21-28 year old demographic. Their priorities, Hetherington said, were to make it “well-priced, light, and delicious.”

And eye catching—with colorful cans, modern labels, and promotional photos that feature clouds, butterflies and bubbles. Fundays’ cheeky flavors include “Yard Games,” a mix of lemon, lime, and pomelo, and “Skinny Dip,” which is infused with passion fruit, guava, and dragon fruit. Just 100 calories per can. Tagline: “Life happens on fundays.” A 12-pack sells for $15.99.

“It’s been incredible to build fundays through concept to execution,” Hetherington said. “While I don’t think we plan on launching more brands in the future, this one was just a bit of fun and, fortunately, the final product is amazing.”