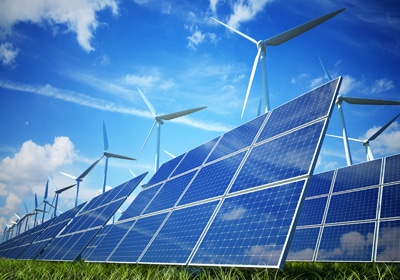 A recent report said the state’s clean energy workforce is expected to grow by 4.4 percent over the next 12 months.
By TCB Staff
April 01, 2016

The state’s clean energy workforce is budding with job openings, according to a study released Tuesday by the Clean Energy Trust, as it expects Minnesota to create 2,300 new jobs in the next year.

The Illinois-based clean energy nonprofit’s annual analysis of clean energy jobs found that nearly 567,000 people in the 12-state, Midwest area are employed in the clean energy sector. Roughly 54,500 of those clean energy workers are Minnesotan, placing the state behind Illinois, Michigan and Ohio with larger workforces.

About four out of every five clean energy workers in Minnesota are employed in the installation and maintenance field. Renewable energy generation accounts for more than 5,300 jobs—about 2,700 in solar, 2,100 in wind and the rest working in other fields.

Dramatic cost reductions in the production of renewable energies have fueled growth around the state, said Beth Soholt, director of St. Paul-based nonprofit Wind on the Wires. “Wind energy costs have dropped by 66 percent over the past six years, and solar costs have declined 53 percent since 2010,” she said, adding that “strong state policies, like Renewable Portfolio Standards, provide powerful signals to businesses that are looking to make investments that a state is open for business.”

Recent extensions of the Production Tax Credit for wind and the Investment Tax Credit for solar, Soholt said, are reasons why more people are investing in “record low prices for renewable energy, especially wind.”

On the heels of today’s report, an industry-led nonprofit called Clean Energy Economy Minnesota (CEEM) has announced its debut. The organization—run by representatives from Cargill, Ever-Green Energy, Mortenson Construction, TruNorth Solar, University of St. Thomas, and Werner Electric and Schulze School of Entrepreneurship—aims to build upon Minnesota’s clean energy industry through public education.

“It’s essential to capture the enthusiasm and expertise of Minnesota’s clean energy businesses in an organization dedicated to furthering this explosive growth sector of our economy,” CEEM executive director Gregg Mast said in a statement.

“Rapid advances in technology are helping reduce costs and mitigate exposure to risks,” said Steve Polski, CEEM board member and senior director at Cargill. “Businesses involved in moving the clean energy economy forward must work together to drive further commercial applications of these solutions. Collaborating as an industry will help create more jobs, increase the knowledge of the public, and bolster the economic case for clean energy.”