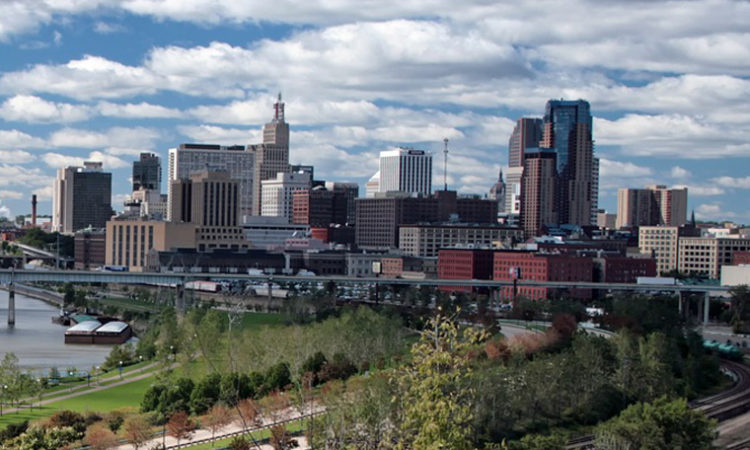 In a $1.8 million project, the company is relocating to a 68,000 square-foot space in St. Paul’s Midway Innovation Center. The move will add 135 jobs to the city’s labor market.
By Amanda Ostuni
January 09, 2019

St. Paul’s Midway Innovation Center has signed a new tenant. Aided by a grant from Minnesota’s Department of Economic Development (DEED), smart security systems provider Alula has decided to relocate its headquarters there from Hudson, Wisconsin to Minnesota’s capital.

The relocation project will cost $1,795,588 and is expected to generate 135 jobs once completed.

“The Midway Innovation Center in St. Paul will allow Alula to expand operations by providing us an excellent business environment and access to a talented and skilled workforce,” said Brian McLaughlin, CEO of Alula.

DEED incentivized the move with a $175,000 grant, which Alula accepted.

The grant stems from the Minnesota Job Creation Fund, a pay-for-performance program that offers financial assistance to businesses that are planning expansion projects in the state.

The jobs Alula will generate are said to have average hourly wages of $33.82.

Alula makes and sells complete security, alarm, video and automation systems for residential and commercial users. The company’s technology is active in nearly 300,000 locations, according to Alula.

“We are excited to welcome Alula to the Twin Cities,” said Bruce Carland, director of commercial leasing at real estate company CSM Corporation.

Alula’s new headquarters will be in the heart of the Twin Cities—at the intersection of Highway 280 and Energy Park Drive—which the company found to be an attractive factor as it looks to keep growing.

“I am excited to see the Alula team grow and succeed at their new headquarters,” Rymer added.

The 68,000 square-foot space Alula will move into was previously inhabited by cybersecurity solutions company McAfee, which vacated the building last May.

Notably, Alula’s arrival may come as another St. Paul business is enticed out of the city. Couplings and industrial parts manufacturer Colder Products Co. is reportedly considering a move from St. Paul to Roseville. The suburban city is offering $3 million in tax incentives to lure Colder Products away, the Star Tribune reported.

Nevertheless, Alula is headed to St. Paul, where it will likely remain for some time under the long-term lease it signed with CSM.

“The Twin Cities market has proven to be a dynamic place to scale a tech company,” said Alula’s McLaughlin. “We look forward to growing here.”