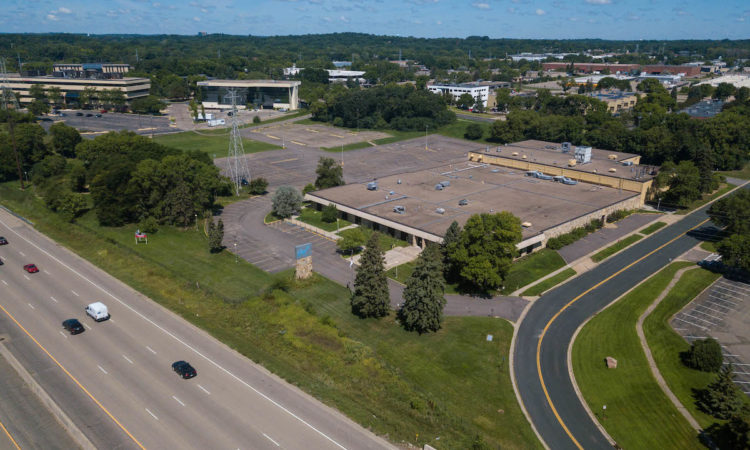 Schmitt Music to Open New HQ and Showroom in Bloomington

Just weeks after celebrating its 125th anniversary, Schmitt Music is making plans to move its headquarters to Bloomington. The fifth-generation family-owned company has purchased the former Lifetouch building and will turn it into offices and retail showroom, replacing its longtime Edina store.

According to county records, Schmitt paid $6.3 million for the 92,000-square-foot building at 7800 Picture Drive, which is situated on 9.2 acres near I-494 and Highway 100. It’s been vacant for more than two years, since Shutterfly acquired Lifetouch and moved its operations to Shakopee.

In moving from Brooklyn Center to Bloomington, Schmitt Music will nearly double the size of its headquarters. That allows for the retailer–one of the region’s largest piano and band/orchestra instrument dealers—to create a showroom, training, and repair center for the southwest metro adjacent to its corporate offices.

A store closing sale is currently underway at the Southdale Square Schmitt Music store in Edina, where the company has had a presence for decades.

“This new headquarters will serve as an excellent stage for another 125 years of growth and success,” said JLL senior vice president Dan Larew who brokered the building sale.

The move is one of a series of changes for the music company, which recently announced Peter Schmitt would take over as CEO from his father Tom Schmitt. Now executive chairman, the elder Schmitt led the operation for 36 years and served for 50 in all. The father and son represent the fourth and fifth generations of the Schmitt family, which has been in the music business since the 1890s. The company currently operates 13 stores including five in the Twin Cities, Duluth, Rochester, and Virginia, Minn. as well as locations in North and South Dakota, Eau Claire, Omaha, and Denver. The company provides more than 185,000 music lessons out of its stores each year and assists 13,000 school band and orchestra programs.

“At its core, Schmitt Music is about more than simply selling instruments and lessons,” Peter Schmitt said when his CEO appointment was announced in November. “It is about making connections—with each other and with our customers. It is about our people, the programs we offer, and how we participate in the communities we serve. I am humbled by the chance to carry forward the time-honored, customer-focused practices that have made Schmitt Music an industry leader for over a century.”