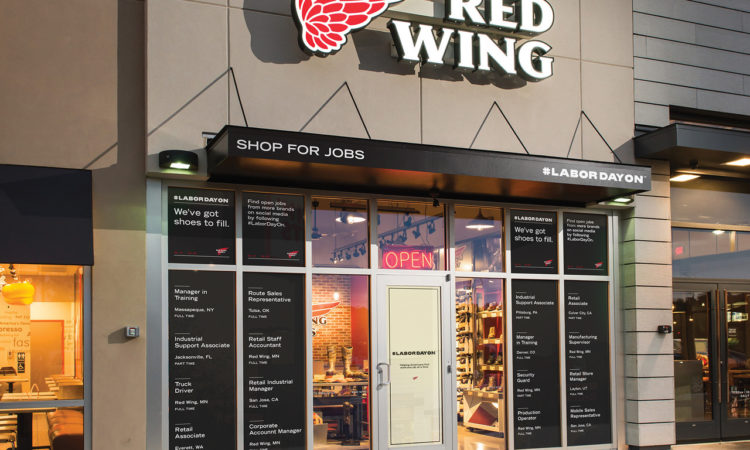 The heritage boot brand looks to hire 80 new employees and will promote openings for other companies as part of its #LaborDayON campaign.
By Allison Kaplan
September 01, 2020

Red Wing Shoe Company will forgo the usual holiday discounts this Labor Day weekend to promote something that could draw even more interest than a sale during challenging economic times: jobs.

Today, the 115-year-old Minnesota boot maker launches #LaborDayOn, an initiative aimed at bringing back “the true meaning of Labor Day” by helping the 25 million unemployed Americans find jobs. Red Wing Shoes will launch job boards at 525 of its stores around the country and round up listings for at least 25 positions available in each local market. That includes 80 openings at Red Wing Shoes, mostly in retail sales and manufacturing. More than 50 other companies have signed on to participate in posting jobs, including General Mills, Land O’Lakes, Polaris, Sleep Number, Chobani, and New Balance.

“The best brands today have the ability to reflect and lead culture,” said Red Wing’s chief marketing officer Dave Schneider. “In that spirit, we know our core consumer is a skilled tradesperson. How can we appropriately help that consumer out? We want to help put America back to work.”

Like most retail brands, Red Wing’s sales plunged in the early days of the Covid-19 pandemic. But with the majority of its stores reopened now, business is rebounding—and in recent weeks, even beating last year’s numbers, Schneider said. “We can’t make up for March, April, and May, but we are on pace to end the year on a very good note.”

Red Wing Shoe Co., which employs around 2,100 in southern Minnesota and around the country, has brought back the majority of manufacturing and retail workers who were furloughed last spring. The pent-up demand for boots—which, Schneider admits, caught the company “a little off guard”— is creating a need for new positions. But filling those spots isn’t the primary reason the boot brand is taking out a #LaborDayOn ad in the New York Times on Tuesday and planning to turn its customer service line (800-RED-WING) into a job search hotline on Monday.

“We view this as a one-year initiative,” Schneider said, comparing #LaborDayOn to the Small Business Saturday campaign, which was started by American Express but has grown into an annual Thanksgiving weekend tradition nearly as popular as Black Friday. “This is our equivalent. We want to take back the intent of Labor Day.” 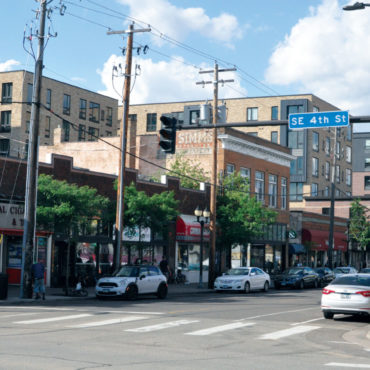