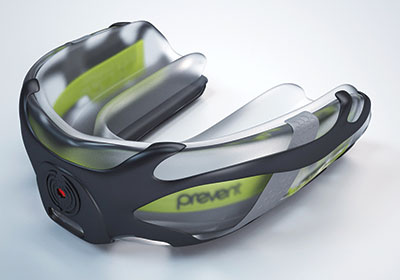 Prevent Biometrics, an Edina-based startup, is looking to raise $2.5 million in equity financing, according to SEC filings earlier this month.

The company has already raised $300,000, though its source hasn’t been disclosed.

Prevent Biometrics, a spinoff of Cleveland Clinic research and run by former CEO of Shock Doctor, is developing a mouth guard for athletes that monitors for concussion impacts and can alert coaches and medical staff on the sidelines via a mobile app. The mouth guard is expected to launch later this year.

“The world knows very little about concussions since there’s never been a device to measure factors at such a granular level,” Frank Grazzini, a co-founder and COO of Prevent Biometrics, told tech.mn.

Prevent Biometrics was named a 2015 MN Cup finalist in the high tech category.