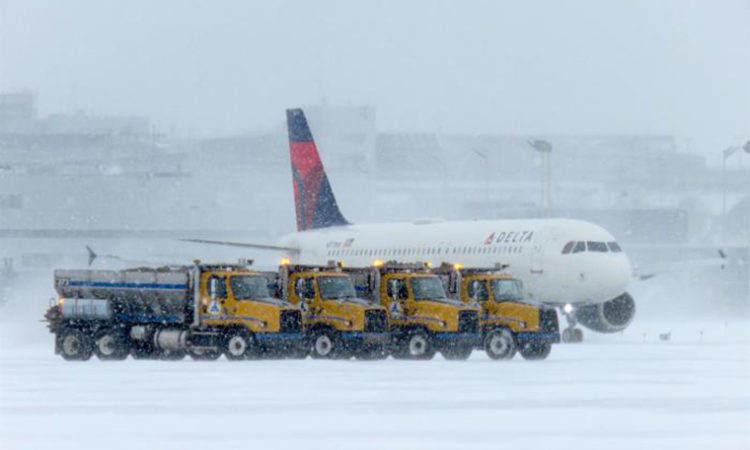 Delta remained the dominant carrier at the airport, serving more than 70 percent of passengers.
By Dan Niepow
January 24, 2020

A record 39.6 million passengers traveled through Minneapolis-St. Paul International Airport in 2019. That figure marked a 4 percent increase over the prior record set in 2018, according to the Metropolitan Airports Commission (MAC). Local demand drove much of the increase in activity.

Delta Air Lines remained the dominant carrier at MSP, serving more than 70 percent of all passengers in 2019. Local carrier Sun Country came in second, carrying 7.5 percent of MSP’s travelers. Both airlines logged an increase in the number of passengers they served, too. Delta served 4 percent more passengers year over year, while Sun Country’s passenger count grew by 22 percent.

In a news release, MAC CEO Brian Ryks attributed the increases to a “strong economy, along with new routes and increased airline competition.”

Meanwhile, there was also an uptick in the number of passengers who started their trip at MSP. In 2018, 58 percent of travelers started their journey at MSP Airport. Last year, that number grew to 63 percent. At the same time, there was a downturn in the percentage of passengers catching a connecting flight at MSP: In 2019, 37 percent of travelers used MSP to connect to another flight, down from 42 percent in 2018.

Ryks said the increase in passenger traffic is putting a strain on “front-of-house facilities, such as curbside passenger pick-up and drop-off, airline check-in and bag check, security screening, and bag claim.”

The commission is in the midst of a $1.6 billion renovation project for facilities at Terminal 1. MAC officials expect the project to increase capacity at the terminal when it’s completed in 2022. Over the summer, the work caused some brief congestion in the terminal.