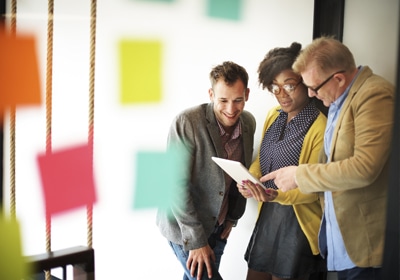 The state unemployment rate remained at 4 percent in September, the Minnesota Department of Employment and Economic Development (DEED) said on Thursday.

Overall, Minnesota employers added 1,900 last month, which is largely due to a record-breaking monthly gain of 10,500 new jobs in the professional and business services sector.

However, five of Minnesota’s 11 industries reported shrinking employment figures during September. The education and health services sector led the pack with 3,800 fewer jobs, followed by leisure and hospitality (down 3,700), trade, transportation and utilities (down 2,900), construction (down 600) and financial activities (down 400).

Minnesota continues to beat the U.S. unemployment rate of 5 percent, although the state’s 4 percent mark continues to be the highest on record in more than two years.

“September marks seven years since employment levels in Minnesota bottomed out during the recession,” said DEED commissioner Shawntera Hardy in prepared remarks. “Since then, the state has added 278,000 jobs.”

Hardy spoke at a conference last week about the state’s struggle with finding work for people of color and other groups, where the jobless rate sits at nearly 25 percent in some cases. “We have a number of Minnesotans sitting on the economic sidelines,” she said.

“We have professionals of color here who are struggling,” Byers said.

In all, Minnesota employers have created nearly 41,000 jobs in the past 12 months.

During that same yearlong period, the Rochester area has seen the fastest job-growth rate at 3.7 percent. St. Cloud comes in second with 2.8 percent growth, followed by the Minneapolis-St. Paul area (up 2 percent.) Duluth-Superior remains unchanged for the year, while Mankato is down 0.2 percent.