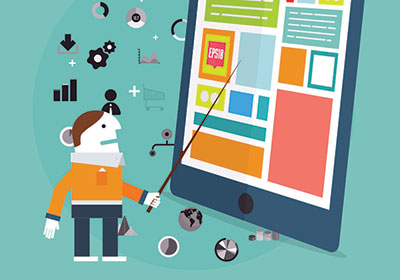 Minnesota’s business leaders plan to hire and spend more this quarter than they have in years, but more plan to expand elsewhere as talent runs short and taxes remain a concern.
By Aaron Ziemer
February 01, 2015

Business leaders from across the state are more optimistic than they have been since mid-2011, when Twin Cities Business began conducting this survey.

From the most recent survey conducted in late December, a record 45 percent of respondents said they expect the quarter ahead (ending March 31) will bring with it improved business conditions in Minnesota. This is a 50 percent increase in such optimism compared with survey findings for the first quarter of 2013. Meanwhile, the percentage of those who expect conditions to worsen reached a new low, at only 16 percent.

These expenditures are expected to be bolstered by gains in revenues and earnings; 62 percent of business leaders say they expect revenues to increase this quarter—again the highest percentage for this survey and a sizable increase compared with the trailing 14-quarter average of 50 percent. A record 35 percent expect increases in operating profit margins; a record low of 10 percent expect a decrease.

For these reasons, as well as similar expected increases in employee productivity and overall production levels, TCB’s Minnesota Business Economic Planning Index for the first quarter of 2015 is at a new high of 59 percent.

Survey results are used to compile TCB’s Minnesota Economic Outlook Index, which for the first quarter increased to 52.2, its highest level since second-quarter 2012 and above the trailing 14-quarter average of 50.6. An index above 50 indicates healthy business growth; below signals slowing business growth. This indicator would have been higher if not for a worsening outlook on finding qualified talent in Minnesota.

This concern has grown every quarter since the survey began, and 51 percent of business leaders say they expect finding the talent they need will become even harder this quarter. This is up 33 percent from a year earlier and compares with a trailing 14-month average of 32 percent.

This labor shortage has been expected since the late 1990s, as economists and urban planners saw an impending slowdown in the growth of Minnesota’s labor force, combined with a growing mismatch in worker skills and available high- and low-skilled jobs. The Great Recession delayed this trend, but Minnesota’s low unemployment rate and a more mobile workforce are fueling its growth.

The governor’s approval rating improved following his re-election in November. The percentage of those who disapprove decreased from 51 percent heading into the fourth quarter of 2014, to 49 percent today. Unsure dropped 1.5 percentage points to 17 percent.

Following one of the most prolonged periods in recent history where American workers were asked to do more with fewer resources, less training support, less reward (lower or eliminated pay raises and bonuses) and higher health care costs, there is now a pent-up desire in millions to earn more and if need be, switch employers. In states such as Minnesota, where unemployment rates are below pre-recession levels and among the lowest in the nation, this is expected to force employers to pay more to attract and retain talent beginning this year. While good news for employees, such a development will put additional pressure on earnings for Minnesota businesses.

One TCB survey question asks, “What do you anticipate as your biggest business challenge in the next three months?” Finding qualified talent topped the list among the 280 responses here. Also frequent were concerns voiced about Minnesota’s high-tax climate for businesses and wealthy individuals.

Survey participants also have the chance to add any other thoughts and concerns. While one business leader wrote, “Higher taxes lead to a better society for all of its members. Compare Minnesota to Wisconsin, look at how gutting the social contract has hurt economic growth in Wisconsin; increased taxes in Minnesota have led to increased economic growth,” the majority of comments tended to echo the following: “I don’t understand why any business owner would want to expand in Minnesota under the hostile leadership of our government toward businesses and business owners. There are many other states that are far more business-friendly, and those states will over time have a significant negative impact on business in Minnesota.”