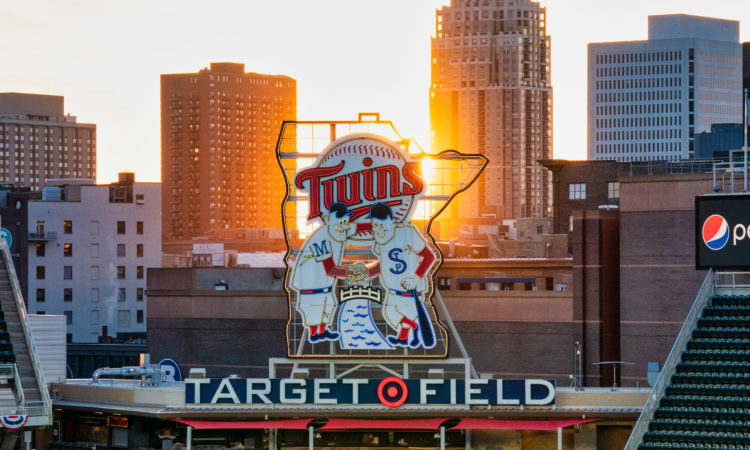 The baseball team had its eye on the domain for years. A set of California twin brothers finally sold it.
By Tina Nguyen
December 05, 2022

Years after trying to secure Twins.com from a pair of identical twins in California, Major League Baseball (MLB) finally owns the domain. The league formally flipped the switch on the Minnesota Twins’ new domain this fall, ahead of the debut of the team’s new uniforms in November.

The league’s quest for the domain has been a long one. In an attempt to purchase the domain, MLB had been in talks with Darvin and Durland Miller, the set of identical twins who had owned it for decades. For years, several other entities also made attempts to buy the site. In a 2015 Grantland article, Durland said he’d received offers to the tune of $750,000 from various groups. But, for years, the two brothers turned down all the overtures and kept the domain.

Something apparently changed this year, though. MLB, which manages websites for 30 baseball teams, finally reached a conceptual agreement in July with the Miller twins. The deal was finalized a month later. Ben Lindbergh, the reporter who wrote the 2015 Grantland article on the domain, tweeted that the league and the brothers “were able to find a broker that helped both parties come to reasonable agreement.”

The MLB has only said that it purchased the Twins.com for an undisclosed sum.

The team began migrating to the new site after its season ended in October. That’s also around the time the company began moving all email addresses and advertising to Twins.com.

Chris Iles, the Twins’ senior director of brand experience and innovation, said the addition of the Twins.com domain is in conjunction with a larger “brand refresh” for the team. Joe Pohlad, who headed the team’s brand strategy efforts before recently becoming executive chairman, had long been hunting for ways to connect with younger audiences.

“From a fan perspective, Twins.com is the easiest and most intuitive domain to type in. It’s also the highest rated from a search engine optimization (SEO) standpoint,” said Iles. “As a matter of principle, the Twins are excited to have the most premium Twins-related domain rightfully associated with our brand.”

The twinsbaseball.com domain, active since 1998, will remain in operation and redirect to the new domain.

Darvin and Durland Miller said they first secured the Twins.com domain in 1998. They originally acquired it for their California-based telecommunications company, D&D Miller. For several years, though, the site remained mostly empty and “under construction,” according to Grantland. The domain was first created in 1995, according to internet records.

“In 1998 a friend of ours had said Twins.com was available,” the Millers said in an email to TCB. “The internet had just been getting started so we acquired it for free at that time, and it had been a part of our identity ever since, plus it was an easy one to give to people for contact reasons.”

The Millers said they’re glad the domain went to an organization that will benefit from it. And though they live in California, they have a personal connection to the Minnesota Twins.

“Our father, being from Minnesota and an avid Twins fan, would have been proud,” the Millers said. “We felt it was time since we didn’t use the website for anything and had always planned on making sure it went to the Minnesota Twins.”