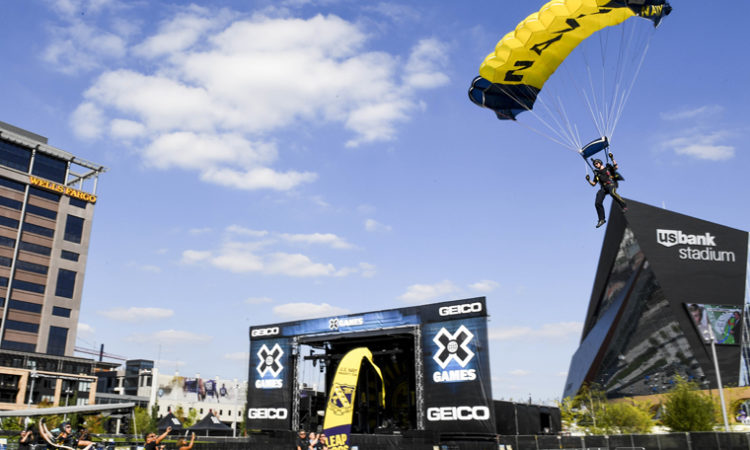 In continuation of its run hosting some of the nation’s largest sporting events, the City of Minneapolis has agreed to terms with ESPN to be the site of the summer X Games for another two years.

With the extension, the extreme sports event will return for 2019 and 2020, making Minneapolis the most frequent host of the summer X Games out of any city except Los Angeles, as reported by the Star Tribune.

The X Games is a twice-annual, three-day-long extreme sports competition in which athletes from around the world compete in races and stunt challenges. The winter edition features the sports of snowboarding, skiing, and snowmobiling, while the summer edition includes skateboarding, BMX biking, motocross, and rally car racing. Athletes compete for medals, money, and other prizes.

The first summer X Games at U.S. Bank Stadium last year were hailed as a success by many, including Melvin Tennant, executive director of Sports Minneapolis and Meet Minneapolis president and CEO.

“With a four-day attendance of nearly 110,000, the ESPN X Games gave fans a chance to enjoy some of the most thrilling athletes in the world last year, along with great concerts at an affordable price,” said Tennant in a statement. “Add to that the national and international coverage; it’s clear the X Games are a big win for Minneapolis.”

Minneapolis may not be the first place you think of when you think summer sports, but the city’s mayor Jacob Frey said it’s tailor-made for the ESPN X Games – and it proved this during last year’s Games, and during the Super Bowl.

“With a zip line over the Mississippi and Levi LaVallee’s backflip on a snowmobile in the heart of downtown Minneapolis this winter, we’ve shown the world we know how to live on the edge and what we can do as a world-class host for major sporting events,” said Frey. “That’s why it only makes sense that our city will be the home of the X Games through 2020.”

“Minneapolis and U.S. Bank Stadium have quickly established themselves as a destination for the world’s top sport and entertainment brands and we look forward to building off of a terrific first year in Minneapolis,” said Reed.

The 2018 summer Games kick off Thursday, July 19 with BMX and skateboard vertical competitions. The weekend-long event will also include live shows from musical artists Kaskade, Ice Cube, Brother Ali and Zedd. Tickets start at $20 for general admission or $50 for a full three-day pass.