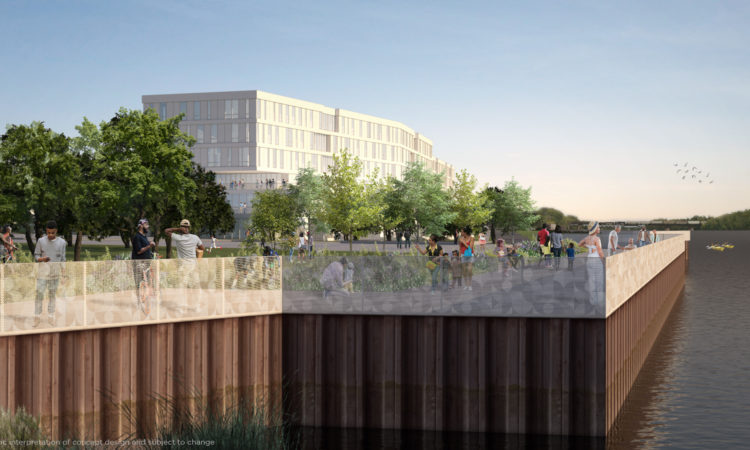 On Friday the Minneapolis City Council approved the Upper Harbor Coordinated Plan, which outlines a $350 million redevelopment of city-owned land on the Mississippi River in North Minneapolis.

The project is a case study in how long it takes to tackle redevelopment of a large urban site with multiple project partners. The city selected Minneapolis-based United Properties as the master developer five years ago. Construction of the first phase is not expected to start until the spring of 2023.

“The plan has definitely gone through a lot of changes,” said Brandon Champeau, senior vice president and market leader for the Minneapolis commercial development group of United Properties.

“I credit a lot of that to the work over the past 24 months with the Collaborative Planning Committee…. They’ve been working us for the last 24 months, really in-depth on the plan, to make it better overall,” said Champeau. “We’re really excited about what this can do for the Northside and think it’s the right mix of housing, community spaces, jobs and public spaces.”

The 48-acre site was previously used as a barge shipping terminal before it closed in 2014. Late last year plans for including office space and a hotel as part of the redevelopment were dropped.

The project is now slated to include:

First Avenue is another project partner, focused on the performing arts venue.