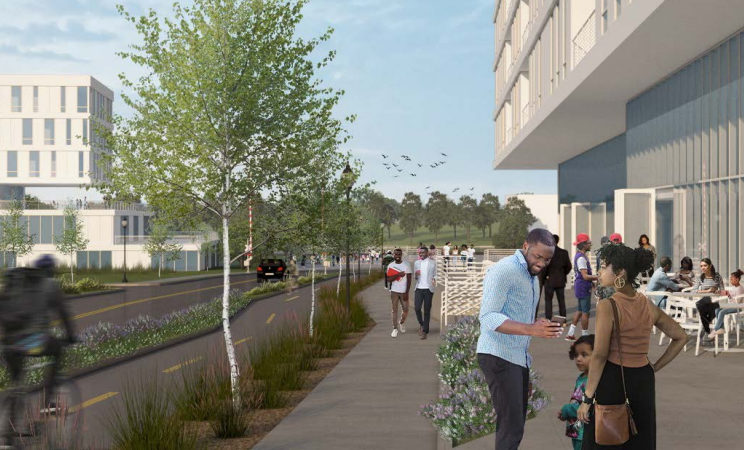 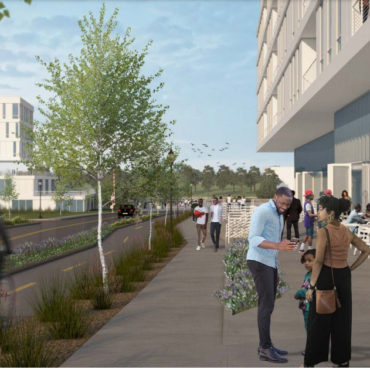 The city of Minneapolis has been working on plans to redevelop its Upper Harbor site along the Mississippi River in North Minneapolis for years. The 48-acre property, which includes nearly one mile of riverfront land, is an unusually large redevelopment site within the city limits of Minneapolis.

Planning for future uses for the site started a decade ago. The city stopped operating the port in 2014. The city selected Minneapolis-based United Properties as the master developer for the project in 2016. The Minneapolis City Council approved the Upper Harbor Terminal Concept Plan in March 2019. There have already been more than 100 community meetings held to discuss the project.

Now the city has unveiled a new project overview: the Upper Harbor Draft Coordinated Plan, a 97-page document that details the latest revisions.

There are some big changes: plans for new office space and a hotel on the site have been scrapped. The emphasis on affordable housing on the site has been ramped up. Phase one calls for 245 affordable rental units and 32 for-sale townhomes.

New elements include two light manufacturing buildings with an emphasis on food production on the south side of the site and a “health and wellness hub.”

Brandon Champeau, senior vice president and market leader with United Properties, said, “There was a request that we really focus on the food industry and trying to bring tenants here that can create healthy food that could be accessed by the Northside but also could create jobs that are attainable for Northside workers.”

Champeau said that the estimated project budget is now “north of $300 million.”

The city has already received two grants from the state for the Upper Harbor overhaul: $15 million for infrastructure and $12.5 million towards a community performing arts center that will be operated by First Avenue.

“We wanted this to be a year-round venue,” said Erik Hansen, director of economic policy and development for the city’s Community Planning and Economic Development department.
“It’s mostly outside but it would be able to be a convertible stage so that there could be smaller events that happen inside the stage area during the winter months. First Avenue is required to match the [state] bonding, so they have to bring at least $12.5 million to the project in order for us to leverage those funds from the state.”

Champeau said that United Properties recently connected with Devean George, a North Minneapolis native and former NBA player who is now an affordable housing developer. He said that George could potentially become more involved in the overall redevelopment.

“Devean had interest in a community health and wellness hub concept,” said Champeau. “We are talking with him about a broader partnership to tackle the affordable housing as well.”

The city is putting out the call for public feedback to the plans. An online survey will be available until January 15.

The Minneapolis City Council is currently expected to review the plans in February 2021.

Under the current outline schedule, construction on the first phase would not start until 2022. Construction of the second phase is estimated to start in 2025.

“This is so much more than just seeing a good development in North Minneapolis,” said Markella Smith, co-chair of the project’s Collaborative Planning Committee. “We’re seriously fighting for this to be a Northside place where Northsiders are comfortable.”