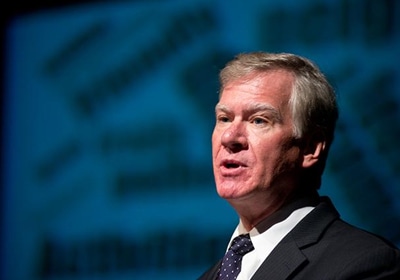 The mayor's plan is aimed at driving more long-term parkers into downtown ramps — and freeing up street spaces for drivers who come to the city to shop, dine and attend events.
August 22, 2015

Mayors tend to cast their annual budgets in broad themes like equity, economic growth and improved education because, well, they’re politicians who have to run for office.

So at his budget address Tuesday, St. Paul Mayor Chris Coleman Tuesday quoted the late U.S. Sen. Paul Wellstone, who once told a group of prospective teachers that “you will be more credible and you will be more powerful in a positive way if you do not separate the lives you live from the words you speak.” Coleman said he couldn’t separate the dollars he proposed spending in 2016 with “the community we want to create.”

Yet mayors also tend to litter their annual budgets with more-pedestrian terms like police, parks, parking and potholes because, well, they’re politicians who have to run for office.

So Coleman also described how he would keep plugging away at the fiscal and physical changes in the city and then added a handful of new initiatives.

“As I have said before, St. Paul needs to be a city that works for everyone, whether they are age 8 or 80 — and whether they are traveling by foot, car, transit or bicycle,” he told a full auditorium at the St. Paul community center named for Wellstone and his wife, Sheila.

To get a sense of what residents wanted, Coleman held a series of pop-up town halls where he and/or his staff showed up at community events or just on street corners to engage residents. He joked that apparently some were attracted more by the offer of a free popsicle than the chance to talk to him. His 30-minute speech was delivered in front of a screen with a word cloud containing the terms most often used by residents. The more often a term was used, the larger it appeared in the cloud.

Not there at all was “parking,” as Coleman said only one person at his pop-ups mentioned it.

So why go there?

It is a misdirection, perhaps, to use a political clichÃ© born of mass transit to talk about the care of single-occupancy vehicles, but isn’t parking the third rail of city politics? Especially with a plan that would make it more expensive and perhaps less convenient?

Coleman at least waited until near the end to endorse ideas that emerged from a downtown parking study that found that even at peak times, there were 7,500 empty spaces available downtown. Most, however, were in parking ramps — not on the street. After 5 p.m., however, when there is no charge for street parking downtown, those spaces are full, while area ramps are at 30 percent capacity, the study found.

Coleman’s proposal would increase rates at parking meters in hopes of driving more long-term parkers into the ramps and freeing up street spaces for drivers who come into the city to shop, to dine or for meetings. He dubbed it a market-based approach to parking. Starting in January, meters will be at current rates until 6 p.m. and would be $1 an hour between 6 p.m. and 10 p.m. And meters would be live on Saturday as well.

Event rates will raise meter prices even higher during sports events. And the city will do a pilot program to look at adding metered parking to neighborhood commercial zones.

The plan would raise an additional $1.6 million in parking fees that Coleman said would allow him to keep property taxes from going up higher. His proposed general fund budget will be $258 million, a 3.5 percent increase over this year. It calls for an increase in the property tax levy of 1.9 percent and an increase in the street right of way assessments of 2.5 percent.

No mention of body cams
One of the smallest terms on the word cloud was “weather.” That compares well to a year ago when Coleman devoted a section of his budget speech to talk about the miserable winter that preceded it and the city’s shaky response. This year neither “snow” nor “ice” made an appearance in the budget speech.

He did, however, promise to continue the road-repair program begun last year to take on the Terrible 20 — the worst roads based on traffic volume and road conditions. Of those, 55 percent are repaired on schedule and the rest will be mostly completed by 2017.

Coleman also kept alive his personal record of complaining about the state’s failure to restore cuts to Local Government Aid. A quarter of the budget comes from the state program to share state revenue with cities. But compared to its peak level in 2003, “St. Paul is still 44 percent — or $47 million — short of the amount we would have had before LGA became a political football…”

Coleman did not mention body cameras in the part of his speech devoted to police and fire. He has agreed with City Council desires to move to a pilot project by next year, though he vetoed a council resolution asking that such a plan be presented in this budget.

The absence from the speech concerned some council members pushing the plan. But the actual 446-page budget book does contain a reference to cameras. It sets aside $400,000 — all donated by the Saint Paul Police Foundation — to launch a study and partial rollout of cameras. St. Paul has also applied for a federal grant that could pay up to half the cost of the purchase of cameras and storage systems.

Coleman highlighted two programs that attempt to help disadvantaged kids get training and mentoring. Dorwen Bishop is a recent hire by the fire department after being the first graduate of a special EMS Academy. Tezazu Asmelash is a graduate of the Right Track program that places students in internships with agencies and businesses. The 2013 Ethiopian immigrant will attend the University of Minnesota in the fall.

The budget plan maintains police and fire staffing at current levels and maintains the expanded library hours pushed into this budget by the City Council over a Coleman veto. Among the new spending initiatives are a new position in the city attorney’s office of victim witness advocate as well as planning money for the city’s first “universally accessible playground” at Victoria Park.

Council President Russ Stark said the hardest proposal for the council will be the parking plan. “Whenever you talk about changes to parking, people have strong feelings.” Having issues with adequacy of parking “is a great problem to have, but is a situation we have to manage better.”

The council will work on the budget over the next four months with adoption set for mid-December.

Here’s the speech as prepared for delivery along with some related documents.