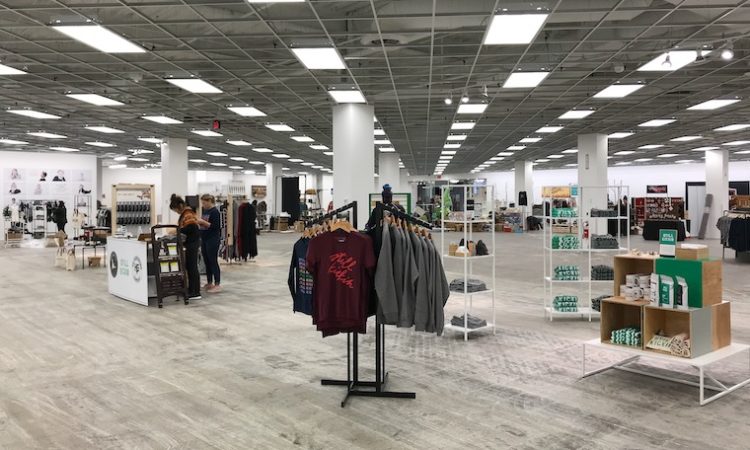 Vendors get prepped for the opening of North Local Market at City Center.

City Center is betting that downtown Minneapolis doesn’t need a Super Bowl to support local shopping—for the holiday season, at least. North Local Market, a pop-up featuring 35 vendors that make everything from clothing and jewelry to candles and canoes, opens Thursday in the former Sports Authority space on the street level of City Center. The market will run November 15 to December 27.

North Local Market was created in early 2018 by retail consultant Mich Berthiaume to showcase Minnesota brands in the 10 days leading up to the Super Bowl. The Minnesota Super Bowl Host Committee wanted to turn the national spotlight on local makers, and augment downtown shopping. But to the surprise of organizers and the brands themselves, it was locals—downtown workers and dwellers, in particular—who did most of the shopping.

“Minnesotans are prideful people. We want to invest in products with a story that resonates with us, and we want to learn the back stories from the local makers themselves, especially when that story hits close to home,” says Berthiaume, who has built a reputation for organizing maker markets, starting with Mall of America’s first Shop Local holiday pop-up in 2015. “City Center's location provides convenience for people to stop by over their lunch hour or swing by after work. Ironically, retail stores have become a novelty because our culture has been taken over by internet sales, so there's something energizing about that in-person purchase.”

“The experiential component of retail is missing downtown,” says Durda, who previously managed IDS Center. Ryan Companies took over management of City Center when it was sold earlier this year to a subsidiary of South Korea-based Samsung.

For the Super Bowl, North Local set up in City Center’s public atrium. It was visible from the skyway, but the open area made it challenging for vendors to close up shop in the evening. This time, North Local gets a dedicated storefront with doors that lock at night. Durda’s team demoed the space down to studs and concrete floors—a preferred setting for many modern brands, which like the flexibility to build their own temporary shop. It’s the opposite of the approach Mall of America and Rosedale Center are taking with their latest “maker” ventures. Both Fourpost at MOA and Rose & Loon at Rosedale have created more polished settings in an effort to help artisan brands grow beyond pop-ups. But Berthiaume says short-term pop-ups are exactly what many small brands want.

“A pop-up market is a wise option for small makers who want to get a feel for how their brand will perform in front of a targeted customer—without the commitment of singing a long-term lease. These makers love the sense of camaraderie, collaboration, and the festive atmosphere.” 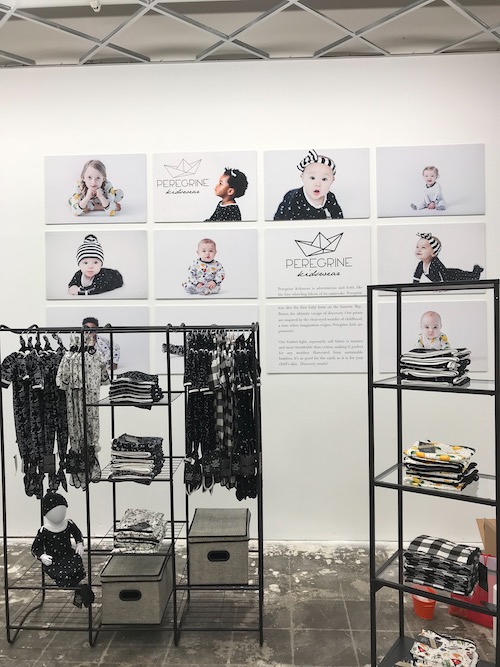 City Center’s leasing team will be watching closely. While the market concept might not be sustainable after the holiday season, Durda says he could imagine working with small brands to offer short-term leases on small spaces. Currently, City Center has a total of 40,000 square feet available for rent.

“You’ve got to be different,” Durda says.