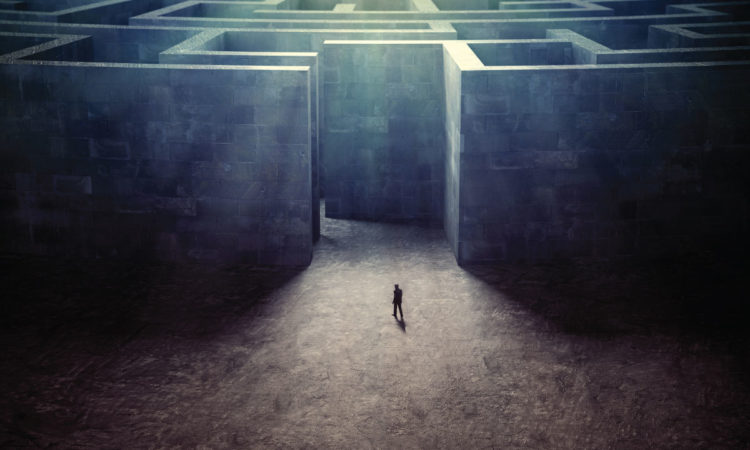 Minnesota businesses got a short-term boost from federal loans, but now they're asking their private bankers for help to navigate a murky economic future.
By Burl Gilyard
August 30, 2020

“It’s tough to make predictions. Especially about the future.”

So said Yogi Berra, a New York Yankees catcher elected to the Hall of Fame and an unlikely Zen guru. Berra was not a banker or an economist, but his edict applies more than ever in 2020, a year like no one alive has ever seen.

It began with the Covid-19 pandemic, a once-in-a-lifetime health crisis, which then shut down major chunks of the economy. Scores of retailers and restaurants closed their doors for months. The travel industry and the events business both went into the tank.

In late March, Congress passed the Coronavirus Aid, Relief, and Economic Security (CARES) Act, which included the Paycheck Protection Program, often simply referred to as “PPP.” The program was designed to keep small businesses afloat and workers employed, with money to cover up to eight weeks of payroll costs. By June, Congress passed another bill that gave businesses the flexibility to use the funds for up to 24 weeks. The loans have an interest rate of 1 percent but can be forgiven if the borrower meets the criteria outlined by the U.S. Small Business Administration.

At the same time, many were rattled by the apparent disconnect between the financial markets and Main Street. While many businesses were battered and unemployment claims skyrocketed, Wall Street seemed to be on another planet. For the second quarter of 2020, the Dow Jones Industrial Average climbed nearly 3,900 points, marking a gain of 17.8 percent for the April–June period. Remarkably, it was the Dow’s best quarter since 1987.

But what does that mean for bankers and businesses? Where is the economy headed? While PPP loans have helped many businesses, most bankers say that the big picture remains a moving target.

“I don’t know if anybody knows,” says Tom Beck, president and CEO of Minneapolis-based Northeast Bank. “If anybody can tell you what the future looks like, I don’t believe them.”

Bankers will universally tell you that one of the biggest challenges of working through the PPP process was the ongoing federal revision and modification of loan guidelines.

“Most of our customers that wanted help got in on the initial round,” Beck says. “I think the goal was great. … It was monumental. It just was a challenge logistically.”

Beck says that many of his clients tapped the federal program instead of their credit lines for emergency funds.

“If it did anything, it gave them some reassurance, having access to capital,” Beck says. “A lot of them continued to stay open on a limited basis.”

The next step for bankers and businesses alike is working through applications to have PPP loans forgiven, another feature of the federal program.

“We think that a vast majority of loans we did should be forgiven,” Beck says.

Are clients looking for new loans? “Not a ton,” Beck says. “We’ve had slower loan growth than we originally projected … but not terrible.” Beyond PPP, Northeast Bank has largely been busy working out loan and term modification deals with many customers.

Beck says that his bankers reached out to all of their small business clients to talk through the options on the table and what might work best for them.

“We think, at first blush, when we look at our client list, that they’re going to be in pretty good shape,” Beck says. The bank continues to monitor some of its restaurant customers; their prospects remain to be seen.

Beyond economic upheaval, another issue for many business owners is the social unrest in the wake of the killing of George Floyd in Minneapolis in May. Now more than ever, it’s clear that social and racial issues can have a direct impact on businesses.

“A shooting took place not too far from our Minneapolis office,” Beck says. “We have a lot of relationships on the north side of Minneapolis. We’re trying to provide help there when we can.”

Beck says that the overall economy seems to be stopping and starting, but over the long haul he’s upbeat about prospects for the economy and his small business customers.

Every banker can tell you that they have some clients who have not been hurt much by the pandemic, and in some cases are busier than ever.

“What we’re seeing from a business standpoint is two ends of the spectrum. Everybody’s impacted,” says Dave Rymanowski, commercial banking senior vice president with Old National Bank. “We do have a number of clients that are surviving well, doing OK, and that group is very careful about making investments and making decisions because they still have a lot of fear around the uncertainty.”

Rymanowski says that the PPP program was a big shot in the arm for many businesses and the larger economy.

“PPP was a huge positive impact, but the problem with that is the rules when it was rolled out were designed, back in March and early April, thinking this is going to be a 60-day problem,” Rymanowski says. “The ongoing issue of ‘What’s the new normal?’ is the biggest challenge.”

Rymanowski says that Old National Bank ultimately handled about 9,400 PPP loans for customers; 80 percent of those were under $150,000 and 97 percent were less than $1 million. The loan total covers Old National’s five-state
footprint. Old National, based in Indiana, has a large presence in Minnesota after buying two community banks in the state—KleinBank and Anchor Bank.

“As an industry as a whole, Minnesota has a lot of banks and a lot of community banks. That’s one of the reasons Minnesota was so active,” Rymanowski says. “We were swamped. We had hundreds of people devoted to processing applications working 24 hours a day.”

Rymanowski says that right now they are seeing fewer clients looking for loans to back capital expenditures. At the same time, however, he is seeing an uptick in business acquisitions, mergers, and consolidations.

The bank has just two branches, in Litchfield and Plymouth, but they were just as swamped as other bankers with PPP loan applications.

“We were just as busy on a percentage [of assets] basis as everybody else. Folks were here working nights and weekends,” Lahl says. “Literally, the [PPP] rules were being made up as it unfolded.”

Lahl says that customers are not always in a hurry to talk with their lenders. But in this unprecedented climate, Lahl says, that’s no longer the case.

“Right now, everybody wants to talk to their banker,” Lahl says. “With a community bank, we should be a trusted advisor.”

Lahl and his bankers recommended that clients open separate accounts solely for PPP funds, making it easier to track that money. “People were real careful about using those PPP dollars for what the purpose was. The No. 1 item was payroll,” Lahl says.

In the wake of the coronavirus crisis and the economic fallout, Lahl says that he’s seeing his customers zeroing in on their core business to weather the storm.

For many, the only sure thing at the moment is uncertainty.

“There’s a lot of unknown … if you look at the performance of the existing portfolios for most banks with the PPP loans, with the additional federal unemployment assistance—both of them, in my mind, are very similar to what we’ve done on the public health side,” says Troy Rosenbrook, president of Highland Bank. “All of the efforts early on were to flatten the curve. I think that’s very similar to what’s going on on the financial side right now.”

Rosenbrook says that in many cases the true health of a business won’t be clear until PPP and other stimulus efforts are no longer in the equation.

“I don’t think we know until some of that starts to evaporate how the portfolio will perform,” Rosenbrook says. “The run rate of a particular business is, I think, a little unclear yet.”

And at the end of the day, bankers and stimulus efforts can’t fix the core issue of the Covid-19 pandemic.

“It’s a health crisis that caused a recession,” Rymanowski says. “Solving that is maybe the only way to get us past this.”

Minnesota businesses tapped PPP for more than $11.2 billion in loans over just three months through June 30. SBA statistics show that 98,138 loans were made in Minnesota through two rounds of applications for PPP assistance. Based on the SBA’s numbers, Minnesota PPP loans averaged slightly more than $114,000 per loan.

“Ours averaged a little higher than that, but yeah, that doesn’t surprise me. That’s kind of the target group they wanted,” says Tom Beck, president and CEO of Minneapolis-based Northeast Bank. “They wanted to help the small businesses stay alive, and I know some of them aren’t going to survive.”

For perspective, the Minnesota District of the SBA backed approximately $682 million in loans for its fiscal 2019, which ended Sept. 30, 2019.

The PPP numbers for the U.S. are even more staggering. A total of $518.1 billion was approved for 4.9 million loans through June 30. Bankers did not get much sleep during the thick of it, with people working early, late, and around the clock. The overall average loan size was approximately $105,000, slightly lower than the average in Minnesota. A total of 5,456 lenders across the U.S. participated in the program, arranging loans for business owners.

But the PPP party is not yet over. Under the Paycheck Protection Program Extension Act, the SBA started accepting applications again July 6 and would continue to do so through August 8. —B.G.

The pandemic is driving more banking customers to digital options, which in some cases is forcing bankers to make technology improvements sooner than planned. “The Digital Decree,” a June report from Netherlands-based KPMG, outlined strategies for “reinventing the banking industry in real time.”

One excerpt from the report outlines the challenges:

A number of media reports respectfully have termed the current condition in banking a “once-in-a-generation opportunity’’ to create a highly digitized banking operation. Robert Ruark, the KPMG Strategy banking practice leader and U.S. fintech leader, said, “while I agree with that assessment, we also have to recognize that not much will happen until banks get over what always have been the sticking points for no movement.’’ Some reoccurring themes are: We need more time to study this … Let’s do it when we can afford it … Customers really don’t want to use all these apps … It’s too complicated … That’s a back-office thing.

For Ruark, enterprise-wide digitalization requires that banks “commit to an honest assessment’’ of their current position in digital transformation. “I think many banks probably are going to find their digitization efforts aren’t all that coordinated, and that realization can be both eye-opening and discouraging,’’ Ruark said. —B.G.