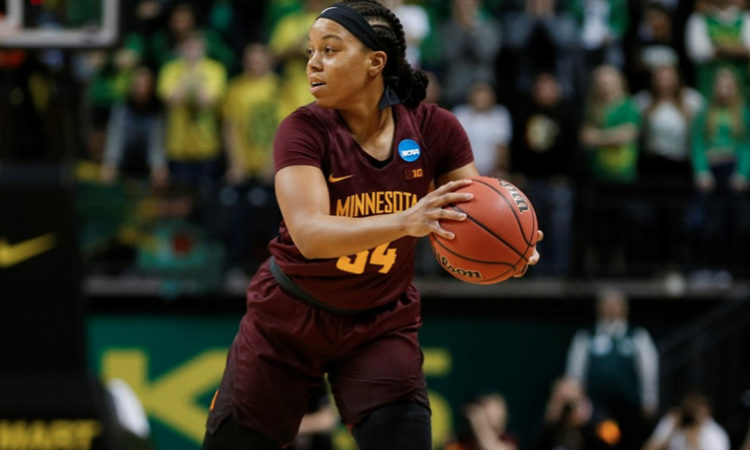 One reason for the lack of action is anti-gambling sentiment among some legislators. Another is opposition from Minnesota’s tribal nations.
By Peter Callaghan
January 19, 2021

Since the U.S. Supreme Court issued a ruling in the spring of 2018 that cleared the way for states to legalize sports gambling, 25 of them and the District of Columbia have done so.

Minnesota isn’t one of them.

This year, another half dozen are seriously considering some form of legalized sports betting, including New York and Texas.

Minnesota isn’t one of them.

“I love Minnesota. I’ve lived here my whole life. I just don’t know why we have to be the 45th or 46th state to do everything,” said Rep. Pat Garofalo, R-Farmington, who has sponsored several bills to legalize sports betting since the court ruling. “Our government can’t do anything quickly. We couldn’t get rid of regulation for 3.2 beer. We just recently allowed Sunday liquor sales. It’s a perpetual unwillingness to let adults act like adults.”

Attempts to legalize and regulate sports betting have not only failed in the Minnesota Legislature, they haven’t even gotten a vote, either on the floor or in a committee. The only hearing on the bill came in a committee chaired by a sponsor, then-Senate Taxes Committee chair Roger Chamberlain, R-Lino Lakes.

One reason for the lack of action is traditional anti-gambling sentiment among some legislators. Another is opposition from Minnesota’s tribal nations, who haven’t seen a reason to invest in something that isn’t especially lucrative and would allow non-tribal operators entree into gambling in the state.

“The members of the Minnesota Indian Gaming Association remain opposed to any and all expansion of off-reservation gambling,” John McCarthy, Executive Director of the association, said in a statement.

Absent tribal interest, Gov. Tim Walz and DFL leaders in the Legislature haven’t shown much interest in the issue, though the governor said he is open to it if the Legislature wants to discuss it.

‘I just want to be better than Iowa’

By a 6-3 majority, the Supreme Court ruled in Murphy v. NCAA that Congress exceeded its authority by preventing states from legalizing and regulating sports betting. The case had been brought by New Jersey, which wanted to give a boost to its struggling Atlantic City casinos, and had tried a series of legal moves to end the federal ban against sports betting in all states except Nevada.

In the majority opinion, Justice Samuel Alito, Jr. wrote that Congress has the authority to pass legislation to regulate sports gambling itself. But if it decides not to, each state is free to do so, and many have.

Garofalo has been the main proponent in the Minnesota House. He says the issue isn’t financial, as some have suggested. The revenue to the state from taxation of sports betting would be measured in the tens of millions, not hundreds of millions. Instead, Garofalo sees it as part consumer protections, part closing off markets to black-market gambling and part letting Minnesotans do something they enjoy.

The bill he proposed last year, and is planning to re-introduce this year, would allow only tribal casinos to offer sports betting. There would also be no online or mobile betting, at least initially.

“States around us are legalizing it and the vast majority of Minnesotans want to see it happen,” Garofalo said. “It would provide consumer protections and allow law enforcement to focus on more important issues.”

Sen. Karla Bigham of Cottage Grove said she is the only Senate DFLer who signed on to legalization bills last session. She will sponsor legislation [PDF] this session that attempts to be a compromise between Garofalo’s tribes-only legislation and a more-expansive legalization effort.

The bill, to be introduced this week, would create a new Sports Wagering Commission and allow tribal casinos and the state’s two race tracks to offer sports betting. Initially, it could be done only in person. After a year, betting would be allowed via websites or mobile apps connected to tribal casinos, and such betting could be done anywhere in the state, not just within the jurisdiction of tribal nations.

“The objective is to keep people at the table and talking,” Bigham said of her bill. “I didn’t want to introduce something that put people in their corners.” She said sports betting would be a way to give the casinos and tracks an economic boost after a year of pandemic restrictions. She also said she thinks sports betting in Minnesota will happen eventually.

“Sports wagering is flagrantly done publicly by myself and others but it is not legal,” Bigham said. “So why criminalize it. Let’s shine some light on it, let’s put some parameters around it and if the state makes a buck or two along the way, good for us.”

But tax revenue is not a motivation, she said. “You don’t do legislation like legalizing sports wagering, legalizing marijuana, legalizing fireworks — and I’m supportive of all those — to balance a budget,” she said.

As per Garofalo’s concern that the state will be 45th or 46th to act, Bigham said: “I don’t know if we want to be last,” she said. “I just want to be better than Iowa.” Iowa was the 11th state to legalize sports betting and has recently added mobile betting to its offerings.

Rep. Zack Stephenson, DFL-Coon Rapids, is the new chair of the House Commerce Committee. He said he has no firm position on sports wagering but doesn’t think it will rise to the level of bills taken up in a session devoted to budgets and pandemic response. Meeting remotely doesn’t make it any easier to take up controversial issues outside those categories, he said.

“We obviously have a really packed agenda, between the pandemic and the budget, I think that makes it pretty challenging to take on a host of other issues,” Stephenson said. “My take would be that I think it’s probably not likely that we’ll do a lot on gaming unless there’s broad consensus among the stakeholders.”