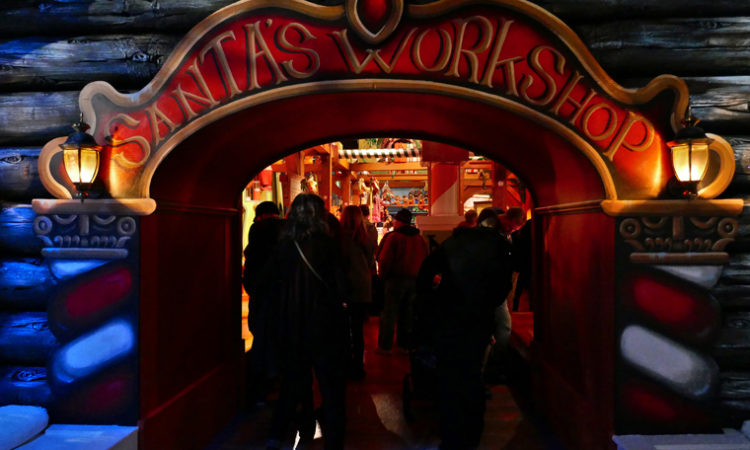 The Minneapolis artist created annual holiday exhibits and flower shows that became a fixture of the Nicollet Mall during the 1960s, 70s and 80s.
By Sam Schaust
January 25, 2018

Minneapolis’ own John Gantert, the creative mind who transformed the eighth floor auditorium of Dayton’s (and later Macy’s) into a rotating exhibit of festive props, flowers and holiday displays, died earlier this month at the age of 90.

Gantert passed away January 15 from complications of dementia, the Star Tribune wrote in its obituary.

Gantert, through his inventive and artistically stunning displays, helped put the Nicollet Mall retail area on the map and attracted thousands of visitors year after year.

The south Minneapolis native got his creative spark rather young, the Star Tribune said. After being hit by a car at the age of 3, Gantert spent his recovery time honing his drawing skills. He later graduated from St. Paul’s Cretin High School and went on to the University of Minnesota.

However, after just one year at the public university, he left to take a job as a window dresser at the Dayton’s Nicollet Mall location. It was when the big-box retailer was mulling over whether to turn the eighth floor area into a space for conventions and meetings that he convinced Dayton’s to instead make it an arts and entertainment space for the public.

With that decision, Gantert was named the store’s special events director. For decades, he teamed with artists, florists and prop designers to create the seasonal displays that became synonymous with Dayton’s.

“He was brilliant,” Gantert’s daughter Jeanne Auron told the Star Tribune. “He thought he had the best job on the planet.”

Gantert is survived by his wife, three children and two grandchildren. Services are being held February 1 at St. Katharine Drexel in Ramsey.