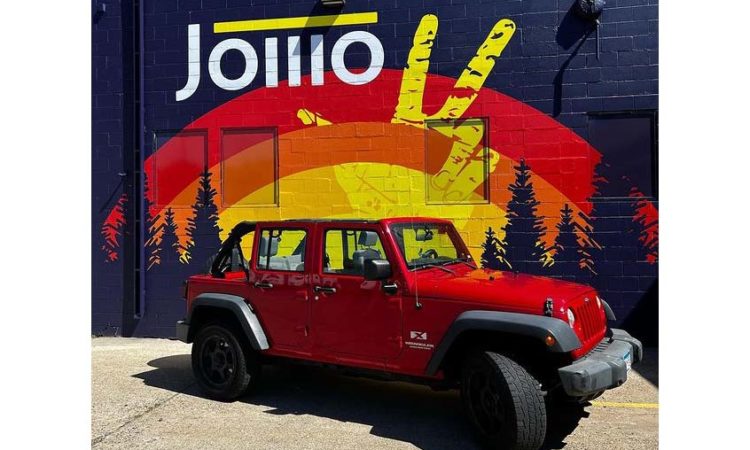 With a mission to “liberate Jeep owners,” Joiiio offers hardtop removal, storage, and reinstallation for Jeeps in Minnesota.
By Dan Niepow
June 30, 2022

A former Life Time Inc. exec is teaming up with an auto industry vet to build a niche Jeep business in Hopkins.

“The reality is, if you truly want to enjoy your Jeep to the fullest potential, you want to have the top off for the summer,” Zylstra said. “I’ve been a Jeep owner for over 30 years, and I’ve known there to be not a lot of resources and solutions, if any, for Jeep Wrangler owners.”

The business officially opened its doors on Excelsior Boulevard in Hopkins on May 23.

Joiiio’s seasonal hard-top removal plan starts at $549, and it includes storage and reinstallation in the fall. For an added fee, the company will remove and install half doors, too. Zylstra believes that Twin Cities customers will be more than willing to pay for the service, given the challenges of removing, storing, and reinstalling the hardware. “It’s a struggle for a lot of people,” he said.

By his market research, there are roughly 20,000 Jeep Wrangler owners in Hennepin and Ramsey counties alone. But Joiiio has already started working with customers elsewhere.

“We’ve serviced customers anywhere from Minnetrista over to Eagan and everywhere in between, so it’s not limited to strictly those two counties,” said Joiiio chief operating officer Lukas Johnson, whose resume includes a stint with Porsche Cars North America. “We’re opening our doors to basically the greater Twin Cities metro area.”

Zylstra began laying the groundwork for Joiiio last summer. While he was in the middle of Montana on the way to a bike race, he received a call from an old Life Time boss who tipped him off to the idea. “Our chairman and principal had recently purchased a Jeep and was really frustrated with how difficult it was to remove his top,” Zylstra recalled. “He envisioned this Jeep lifestyle that really wasn’t achievable with the skill set he had.”

Zylstra had a month to ponder the idea while he was away. He pulled together a business plan, charted a profit-and-loss document, and began assembling a team. Zylstra and Johnson say the business is the first and only of its kind in Minnesota.

“We’re not competing with anyone else,” Zylstra said. “We’re just offering a level of service that quite honestly did not exist in this state.”

But, should the model prove successful, Zylstra and Johnson hope to build a much larger operation.

“We do anticipate opening additional locations in the future as we proof out and refine our operational model,” Johnson said. “We definitely would like to expand our service radius.”

Added Zylstra: “We’re already starting to look at other markets. … We think we’re on to something.”

As for the name? Zylstra says it will be immediately recognizable to those in the Jeep community. Pronounced “Joy-oh,” the name “is a major wink to the Jeep culture and the grill of the Jeep,” he says.