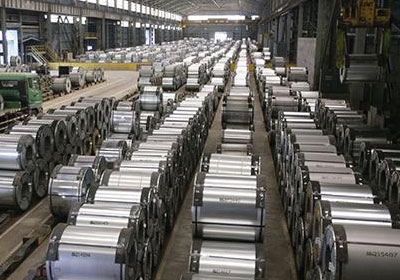 Is Steel Dumping The Real Culprit For What Ails The Iron Range?

And if foreign governments are cheating on steel prices, should the U.S. government step in to help support domestic steel producers?
January 22, 2016

To hear some Minnesota politicians tell it, what’s happening on the Iron Range is the most dire crisis gripping the state right now. The area, once a national mining hub, is experiencing an extended downturn, and has been hit particularly hard in the past year: mining facilities have shuttered across the region and several thousand miners have lost their jobs.

The situation is so severe that there have been serious calls for a special session of the Minnesota Legislature aimed at extending unemployment benefits and other aid to affected steelworkers in northern Minnesota.

How did things get so bad? There are a lot of factors at work, but the Iron Range’s advocates primarily blame what they call “steel dumping” — when producers flood foreign markets with cheap, subsidized steel to get rid of surpluses. Minnesotans say it’s rendered the U.S. industry unable to compete fairly.

To that end, top Minnesota officials, including Sens. Al Franken and Amy Klobuchar, and the Iron Range’s U.S. Representative, Rick Nolan, have proposed fixes of varying strength and scope. But others are wondering if there’s anything we can — or even should — do to curb steel dumping, and try to bring the Range’s mining industry back to life.

Economic trends turn against the Range
Like any economy that relies on the production of a commodity, the Iron Range has always been subject to times of boom and bust. The consensus, though, is that this most recent downturn could be among the most severe in the region’s long history of ore production.

Broadly, global economic trends have turned against the Range. In the past decade, China’s booming economy has fed high demand for steel and the iron ore needed to make it. High prices for steel helped the industry recover from the downturns it experienced in 2000-2001 and during the Great Recession in 2008-2009.

Recently, however, China’s economy has begun to slow down, and global commodity prices have dropped dramatically — not just for steel and iron ore, but for oil, too. Despite lower demand, foreign producers — including China — keep producing iron and steel at the same clip, leading to a historic oversupply.

That’s led those same countries to get rid of the stuff by pricing it at a deliberately low point in order to undercut competitors like the U.S — hence, the steel dumping that Minnesotans are railing against.

The crisis isn’t just affecting the Iron Range, either. In Illinois, Alabama, Ohio, South Carolina, Kentucky, Wisconsin, and elsewhere, steel facilities were idled or closed during 2015.

Back on the Range, 2,000 workers have been laid off. Facilities are idling, and there’s no real end in sight. It has rebounded before, but Nolan, and other steel allies, see no viable way out unless drastic action is taken by the federal government.

Tariffs and more
Iron workers on the Range are anxious and deeply concerned, and to their credit, Minnesota elected officials have been quick to respond. Together, they managed to get President Obama’s top deputy, Chief of Staff Denis McDonough, to travel to the region in December to meet with locals and elected officials to hear out their concerns. In statements to MinnPost, Nolan, Klobuchar, and Franken all said that ending the crisis was a top — or the top — priority in 2016. (Klobuchar is bringing Dan Hill, a laid-off steelworker, as her guest to tomorrow’s State of the Union.)

Rep. Nolan, who calls this the worst downturn he’s seen on the Range in his lifetime, has been at the front of the issue in the House of Representatives. He’s suggested a variety of actions to help his district’s industry. For one, he introduced a bill that represents perhaps the harshest action the U.S. could take: it would ban imports of foreign steel for five years.

Nolan, knowing that Congress is unlikely to take up such a bill, is also calling upon the White House to exercise its authority to impose high tariffs on foreign steel. He says Obama, under Section 201 of the 1974 Trade Act, can slap such high duties on imported steel that it’d effectively impose a moratorium. President George W. Bush did so in 2001, and faced significant criticism for it. But the three-year protective period that followed is still viewed by some, including Nolan, as a critical action that helped the steel industry rebound from a downturn then — even though the WTO declared the action illegal and itnearly began a trade war with Japan and the EU.

In the Senate, Klobuchar and Franken introduced legislation that aims to crack down on steel dumping. Their Trade Enforcement Improvement Act would let trade authorities impose taxes on dumped goods retroactively for past offenses or even proactively if authorities believe future abuses are possible.

Against Range protectionism
Some observers in Minnesota and elsewhere, however, are calling into question the raft of protective measures being proposed to help the Iron Range. In a column in the Pioneer Press, St. Paul economist Edward Lotterman laid out the case against the Range protectionists, calling their rhetoric and policy suggestions “dangerous nonsense.”

Lotterman argues that a five-year ban on imported steel, like Nolan proposed, would have a hugely adverse impact on the broader U.S. economy, driving up prices for steel-based consumer goods like cars, and harming other sectors of the economy.

Steel dumping isn’t unique to the U.S., either, Lotterman says — markets worldwide are dealing with gluts of cheap steel and other commodities. That oversupply has hit the U.S. oil industry hard, but he says it isn’t getting special treatment, and by extension, nor should the Range. “People need to understand that iron ore is in the same boat as corn, soybeans, timber, and oil,” he wrote. “Its producers are in a hard spot, but so are millions of others, and we don’t do anything special to help them.”

Nolan’s idea is a well-intended but wrong solution, according to Rob Scott, director of trade and manufacturing research at the Economic Policy Institute think tank. “I understand the motivations of the congressman’s proposal, I just don’t think it’s surgically the correct tool for going after this,” he said. “It’s a band-aid applied after the fact, rather than something that will fix the fundamental causes of the problem.”

According to Scott, the fundamental problem — not just for steel, but for many U.S. commodity sectors reeling from the Chinese downturn — is currency manipulation on the parts of the governments of China and other trade competitors. While the U.S. dollar has grown stronger, the Chinese government deliberately keeps its yuan lower than its real value, which effectively subsidizes Chinese exports and taxes foreign imports — whether steel or any other product — Scott explains.

With that in mind, Scott says, a piecemeal approach like this won’t be effective. “It’s so essential to address currencies, because it’s the full economic lever that’s misaligned. If the steel companies, or the Obama administration, were to file [a Section 2o1] trade case, immediately, the steel importers and the auto companies and everyone else who uses steel would scream bloody murder and say, you’re gonna make us uncompetitive with the Koreans and the Japanese,” Scott says. Forcing China to raise prices on what it produces by addressing currency manipulation, he says, will benefit U.S. manufacturing and commodity sectors across the board.

Free trade, or fair trade?
Responding to some of those arguments, Fifth District Rep. Keith Ellison said, “I think that’s an argument a free trader would make. I’m a fair trader. I’m in favor of trade but it needs to be on the basis of fairness and equality… We have to meet the needs of unemployed workers in the Iron Range. We can’t just act like the market’s gonna handle it because the market’s not gonna handle it.”

Third District GOP Rep. Erik Paulsen, a leading free trade advocate, still calls dumping a huge problem and emphasized the need to keep U.S. mining and steel on a level playing field. He did not say he would back Nolan’s five-year ban on imports, but said, “I think the most effective way to confront the issue is to use mechanisms already in place and through international forums like the WTO to hold countries like China accountable for dumping.”

In an interview, Nolan pointed out that the International Trade Commission has ruled in favor of the U.S. in 157 cases of steel dumping, finding that action illegal under international trade law — countering the claim that the U.S. is not being targeted specifically.

Nolan also responded to the notion that his proposed ban would have unintended effects on the broader economy. “You’ve got to look at everything in its total context. What are the costs of putting 100,000 people who are in the mining, steel, and related industries on welfare, and on unemployment, and on retraining, and replacing those good-paying jobs with minimum-wage jobs?” he asked.

“It’s devastating on families and communities, and from my judgment, the proponents of these so-called free trade agreements without enforcement standards and protections against unfair trading are just apologists for corporate greed, and it’s unacceptable.”

When asked what might come next in his and others’ efforts to help the Iron Range, Nolan said he wasn’t sure what would be next — but he said action of some kind will hopefully come soon.