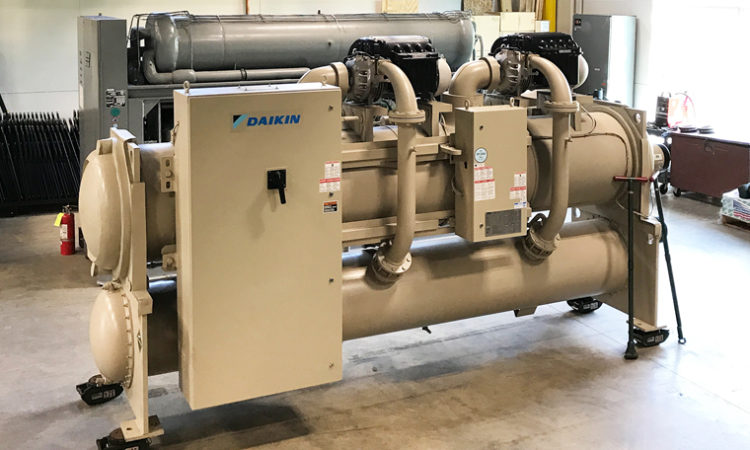 The company, a subsidiary of Japanese company Daikin Industries, will lease new office space in Plymouth, adding to the 132 new jobs expected to be generated by a planned $40.3 million Faribault facility project.
By Amanda Ostuni
March 29, 2019

Daikin Applied Americas’ recent growth spurt doesn’t seem to be cooling down. Less than six months after launching a $40.3 million expansion project in Faribault, the air conditioning and heating systems maker is now planning to expand in its headquarters town of Plymouth.

The new space means new jobs, though Daikin Applied did not yet disclose specifics of what positions and how many jobs will go into the space, nor did the company disclose the exact size of the office. A company spokesperson said those details are still being determined.

However, the spokesperson also said Daikin Applied does intend to settle into the Atria space within 2019.

Meanwhile, work on the $40.3 million Faribault facility will also begin this year. That expansion, announced in September, is expected to generate 132 jobs. It involves converting a 300,000-square-foot warehouse into a state-of-the-art production facility.

Minnesota’s Department of Employment and Economic Development (DEED) is helping finance Daikin Applied’s Plymouth expansion. The state agency is providing a $750,000 loan from the Minnesota Investment Fund and a $1.6 million grant from the Job Creation Fund.

“Daikin Applied explored multiple U.S. sites and Mexico for this project but ultimately chose southern Minnesota,” noted Shawntera Hardy, who was the commissioner of DEED when the Faribault project was announced. “The company’s decision to expand in the area is a testament to the region's skilled workforce and positive achievements at existing operations.”

As a subsidiary, Daikin Applied Americas has itself more than doubled business over the last six years and expects to continue on its track of double-digit annual growth.

Daikin Applied’s parent company, based in Osaka, Japan, altogether employs more than 70,000 workers across 90 production sites worldwide. Serving customers in more than 150 countries and generating annual revenue of more than $20 billion, Daikin Industries is the largest HVAC manufacturer in the world.