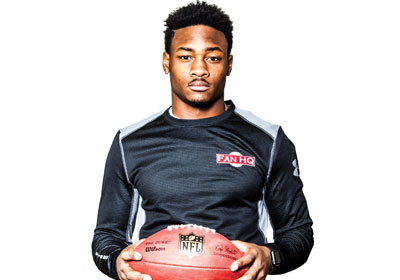 How Fan HQ Built Its Brand

The sports apparel and memorabilia store builds buzz by getting players to show up.
By Megan Wiley
March 05, 2016

Shaun Hagglund opened the first Fan HQ at Ridgedale in 2009, offering a mix of Minnesota team apparel and memorabilia. A fan above all, Hagglund had met several players and agents while growing his personal memorabilia collection, and had subsequently built fan websites for several players. So when he started selling jerseys and other gear at Fan HQ, he knew his best marketing move was to bring players into the store.

“We are one degree of separation from [our customers’] favorite players,” he says.

Licensed team apparel drives Fan HQ’s sales; merchandise is driven by which sports are in season. Today, the chain has three outposts: St. Cloud has a collector focus and sells more memorabilia, while Ridgedale and Eden Prairie are go-tos for fans to pick up a jersey, T-shirt or hat on the way to a game.

The popularity of the team is crucial in driving sales, says Hagglund, as is the popularity of individual players. “If a player gets traded, we try to fail fast, so to speak. There’s no point to me hanging onto a Christian Ponder jersey two years later.”

When teams reach the playoffs, limited-edition gear sells well before home games, but its shelf life is short—even championship apparel and accessories sales go sour in a matter of weeks.

With 75 percent of Fan HQ’s sales coming from apparel, Hagglund says Goldy’s Locker Room and Scheels, which also sell licensed team jerseys and shirts, are his “day-in and day-out competitors.” But he also faces fierce competition from other retailers when booking athletes for promotional appearances. Not only do athlete signings bring out customers, they create buzz on social media and can snag media attention.

“We’re competing for a real narrow group of athletes because they have to be in Minnesota and they have to get popular, they have to be hot at a particular time and there’s only a limited number of people on each of the teams that can really bring out the crowd that you want to bring out.”

For the 2015 season, Hagglund negotiated an exclusivity agreement for Viking Stefon Diggs to sign autographs only at Fan HQ stores. “You want to distinguish yourself from your competition,” he says, “and that’s one way we do it.”

Most of the store’s autographed merchandise comes from in-store appearances or directly from players, including game-used gear, but Hagglund occasionally purchases from reputable collectors and wholesalers who can provide provenance. The store offers an authenticity guarantee on everything it sells.

“There’s sort of this stigma to the industry or the hobby that there are so many fakes out there,” he says. “It’s the case with certain players—Mickey Mantle, Joe DiMaggio—but your everyday Twins fan isn’t going to run into a ton of fake autographs; maybe Kirby Puckett. The fact of the matter is there’s not a ton of money to be made faking the autographs that we sell. Nobody’s getting rich off fake Michael Cuddyer stuff.”

Player Appearances by the Numbers

At Fan HQ, customers buy tickets from the store to redeem for in-person signings or photographs with an athlete. When Randy Moss appeared last year, Fan HQ sold 175 advance tickets and 60 standby tickets from $84 apiece within 24 hours of announcing the event.

Athlete appearance fees range from a few hundred dollars up to five figures for an in-demand athlete. “That’s our advertising,” says Hagglund. “So when a player makes an appearance and it goes into those higher thousands, everybody benefits. It’s obviously a hugely popular player, and we sell a lot of tickets.”

Fan HQ pays the athletes either an hourly appearance fee or a designated amount per autograph or photo, with a minimum guaranteed payout. If the event doesn’t draw as expected, the athlete will sign extra items for the store to sell later to recoup its investment.

While popular retired players also draw crowds, only current players move team licensed apparel and accessories. Events are typically booked in-season, not only because players are top of mind, but also because many live elsewhere in the off-season. 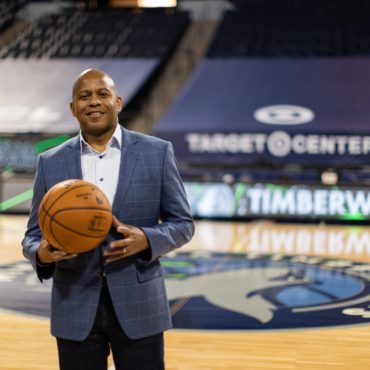