Meet Minneapolis president and CEO Melvin Tennant on stage during the organization's 2019 Annual Meeting on Tuesday. ( Photo by Tess Allen)

However, the total number of tourists that adventured to Minneapolis last year—on the back of the Super Bowl, X Games and other events—won’t be known until June.
By Tess Allen
February 26, 2019

Buoyed by the Super Bowl, Summer X Games, WNBA All-Star Game, and other major events in town, out-of-staters flocked to Minneapolis in 2018, said Meet Minneapolis on Tuesday at its 2019 Annual Meeting. While the tourism advocacy group didn’t yet have a count on total visitors to the city last year, it says it did surpass its own expectations for rooms booked at hotels in Minneapolis, the private revenue it took in, and more.

Upwards of 560,600 group rooms and more than 100,000 tourism rooms were booked, Meet Minneapolis says of 2018—amounting to an occupancy rate of about 71 percent. Overall, occupancy was up from 2017’s rate of 68.6 percent, even as more hotels cropped up to accommodate the big events. Lodging taxes generated more than $8 million for the city and local residents.

“Our responsibility is to bring visitors to the city, in part, through the more than 600 events Meet Minneapolis secures annually,” says Meet Minneapolis president and CEO Melvin Tennant. “These events and visitors add millions of dollars in tax revenue for the city to reinvest into the community.”

Altogether, 70 future sporting events have already been secured for Minneapolis, including the extension of the X Games in 2019 and 2020, the 2019 USA Taekwondo National Championships, the 2021 NCAA Men’s Basketball Regional games, and the 2022 NCAA Women’s Basketball Final Four.

Last year, the Minneapolis Convention Center drew in a record $22.6 million in revenue, up three percent year-over-year, reports Meet Minneapolis. The center was also one of five honored with the Venue Excellence award from the International Association of Venue Managers—an award presented to the top managed stadiums, arenas, and convention centers in North America.

Meet Minneapolis’ private revenue came in above its own $2.6 million target last year, closing at $2.9 million.

Moreover, at Tuesday’s Annual Meeting—emceed by TCB editor-in-chief Allison Kaplan—Meet Minneapolis presented a series of awards recognizing individuals and organizations that support the Minneapolis community. The Lifetime Achievement Award was presented to John Edman, director of Explore Minnesota. The Innovation in Tourism Award was presented to Greater MSP and the Metropolitan Airports Commission for their work to secure new nonstop international airport routes through the Regional Air Service Partnership. The President’s Award went to the Minnesota Lynx and the Minnesota Timberwolves for bringing the WNBA All-Star game to the city. The Excellence in Meetings, Events, & Conventions Award was presented to Northern Lights Junior Volleyball for bringing in an estimated 50,000 visitors with their six-day competition.

Meet Minneapolis is a not-for-profit association that promotes and sells the Minneapolis area as a destination for conventions and meetings. The organization claims to support more than 36,000 tourism and hospitality jobs and careers in the city. 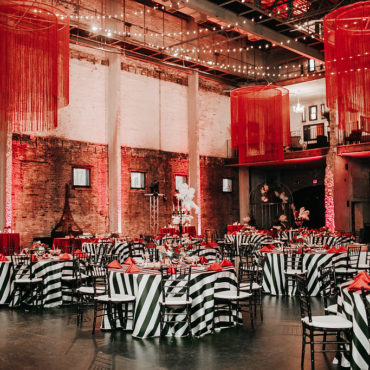