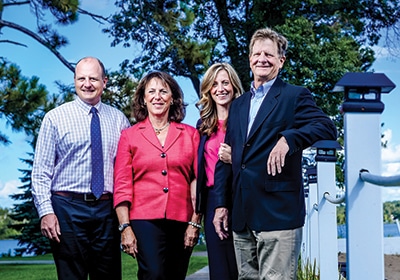 A dedicated family has learned to handle the unexpected.
By Kate LeRette
| November 10, 2016

In July 2015, a massive storm ripped through the Brainerd Lakes area. Winds up to 70 miles per hour felled hundreds of trees and left thousands of residents without power for days. It would have been a terrible blow to any area. But for Brainerd Lakes, whose economy relies heavily on summer tourism, it was nearly cataclysmic. One of the area’s premier resorts, Madden’s on Gull Lake, closed mid-season for the first time in history. For a business open only from May through September, it was devastating.

But the family that runs Madden’s was prepared, in more ways than one. Within six minutes of the storm warning, with a nearly full resort, staff rushed to evacuate all 600 guests to a safe location. “As a 1,000-acre property, I’m in absolute amazement that we got everyone evacuated in six minutes—and no one got hurt,” says Abbey Pieper, chief sales and marketing officer and a member of the family’s third generation.

The storm destroyed about one-third of Madden’s nearly 300 guest rooms. It also inflicted significant damage to its meeting spaces and one of its four golf courses. While the family budgets about $1.2 million every year for maintenance and updates, that wasn’t going to be enough to cover the damage.

Just two weeks after the storm, the resort was open again. What’s more, Pieper and her family decided to make Madden’s even bigger and better. They invested $15 million in reconstruction and renovations—adding 86 new guest rooms and a renovated private event and conference center. According to Pieper, the renovations and media coverage have helped boost business in 2016 to Madden’s best in a decade.

1934 – Jack Madden and his uncle Tom Madden sign a $500, one-season lease for the Pine Beach Golf Course on Gull Lake, which they purchase shortly thereafter. It was the beginning of what would become the Madden’s resort complex.
1936 – The Maddens add Mission Point, a three-cabin resort; a year later, Jack’s brother, Jim, takes over for Tom.
1956 – The Maddens expand to the west shore of the Pine Beach Peninsula, adding the 40-room Voyageur to the resort.
1957 – The Madden brothers bring on their first and only non-family partner, John Arnold, a former Madden’s desk clerk.
1964 – Fire destroys the resort’s dining room and bar, as well as 10 guest rooms and the golf course clubhouse; the Maddens reopen for business the next day.
1981 – Jim Madden’s son-in-law, Brian Thuringer (married to Madden’s daughter, Deb) joins the resort management staff after seven years managing the Madden-owned Pine Edge Inn in Little Falls.
1989 – Deb and Brian Thuringer become partners at Madden’s and begin a transition into leadership.
2015 – During its busiest time of the year, Madden’s is hit with a severe storm, forcing it to close for two weeks.
2016 – Brian Thuringer steps down as president and transitions to chairman of the board; his son Ben Thuringer is named chief operations officer and his daughter, Abbey Pieper, becomes chief sales and marketing officer.

For more than eight decades, the family has proven time and again that it can adapt—to changes in the resort business as well as setbacks. It was founded in 1934 by Tom Madden and his nephew, Jack, who took over the Pine Beach Golf Course and a nearby four-story hotel. Seventy years later, Jack Madden’s niece, her husband and their children operate a lakeside resort that attracts 65,000 to 75,000 guests each season.

But however delightfully relaxing the resort is for its guests, building the business hasn’t been an easy journey for the family that owns it. During its history across three generations, Madden’s has survived the Great Depression, the Great Recession and a nearly disastrous 1964 fire, as well as last year’s storm. “The resort is first and foremost to the family,” says marketing director Kathy Reichenbach, a non-family member who’s been with the company for 35 years.

From the 1930s through the 1960s, Jack Madden and his brother, Jim, steadily built upon the holdings, adding accommodations. In time, Jim’s daughter, Deb, and her husband, Brian Thuringer, gradually took over. In the early 1990s, the Thuringers carried on the resort’s expansion, adding a major new development called the Golf Villas.

In July, at age 66, Brian Thuringer felt ready to become less active in the day-to-day operations, stepping down as president and taking on a new role as board chair. Now the Thuringers’ children—Pieper and her brother Ben—are assuming new roles and responsibilities. In July, Pieper transitioned to chief sales and marketing officer and Ben Thuringer became the resort’s COO.

While Abbey Pieper and Ben Thuringer might have been born into the family business, it’s taken more than a family connection to become a part of it. To become owners, their parents required them to complete a four-year college degree and spend at least three years working for a five-star resort.

“They left it up to us as to where we wanted to work,” Pieper says. “It provided great outside perspectives and experience in many different areas of hospitality.” She notes that “it wasn’t always clear” that she and her brother would join Madden’s. But “we both came to realize it was something that we had to be a part of,” Pieper says, “and continue on for future generations of guests and employees.”

For company veteran Reichenbach, the perpetuation of family leadership is good news. “Working for this family is what’s kept me here for all these years,” she says. Reichenbach is one of many employees who have been with the company into a third decade. The resort currently has two employees with over 50 years, and several with 40-plus. With 60 year-round employees and nearly 600 seasonal, ownership has made it a priority to maintain strong relationships with their staff.

“The family is very willing to advance people within the company and provide them with opportunities,” Reichenbach says. They also care about what’s going on in their personal lives and try to accommodate accordingly, she continues. “They meet on a family level and come back to the employees with suggestions and ideas and let us run with them.”

At the end of each season, the family throws a party where the owners serve the staff to show their appreciation. The annual event includes an awards ceremony recognizing staff members for every five years of service with the company. Despite this, finding seasonal help is a challenge for Minnesota resorts in general. To round out its staffing, Madden’s has H2B and J1 visa programs that attract employees from Europe and elsewhere.

Family members work hard to keep acrimony out of decision making. “I have never witnessed anger or nastiness,” Reichenbach says, “with family, staff or guests.” Pieper notes that “we’re all very respectful of each other’s ideas,” with most of their business conversations taking place over lunch and dinner. “We eat lunch together almost every day, and we all live off-property within 15 minutes of each other, so we have lots of dinners together,” she says. In addition, the family holds quarterly board meetings to discuss finances, challenges and new ideas.

One of those challenges is maintaining cash flow in the slow off-season months. The family brings in revenue by opening the clubhouse periodically for dinners and hosting local holiday parties in the ballroom. Madden’s hopes to attract even more events—both off-season and throughout the year—thanks to its new conference and event center. The facility offers 7,000 square feet of meeting space, bringing Madden’s total to 42,000 square feet.

In May, the family brought on its first outside board member to help prepare for Brian Thuringer’s transition from president to chairman. It’s all about perpetuating Madden’s for another generation, and perhaps more. (The oldest member of the fourth generation is 7 years old.) 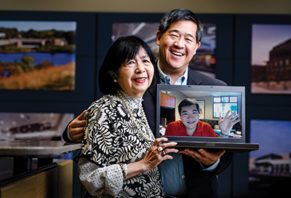 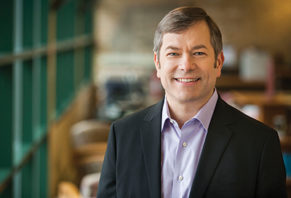 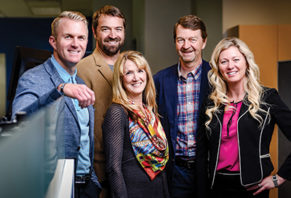 The family driving this fast-growing freight brokerage has consistently delivered value for its customers while staying true to its values.
Read More