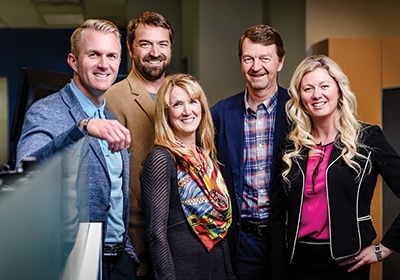 The family driving this fast-growing freight brokerage has consistently delivered value for its customers while staying true to its values.
By Andre Eggert
| November 10, 2016

One of Logistics Planning Services’ core values is “Do the right thing.” But for a long time, Kirsten Hall didn’t think joining the family business was the right thing for her.

“I always said there was no way I would ever end up in the family business, to be quite frank,” she recalls with a laugh. Woodbury-based Logistics Planning Services (LPS) was founded by her father, Larry. Her mother and two brothers were working in the company, which provides freight transportation connections for a wide variety of businesses looking to ship goods across the country and worldwide. “Honestly, with four of five family members in the business,” she says, “it did not seem like a good idea.”

But by 2010, Kirsten began to feel as if her experience had groomed her perfectly to join the family business. For 15 years, she had worked for Oakdale-based Imation Corp., in supply chain management. With supply chains becoming ever more complex, Logistics Planning needed someone who could provide expertise in that area and help accelerate growth. Kirsten was just the person.

“I realized that my 15 years of experience in various leadership roles within supply chain was a very good background for this business,” she says. “Also, I was exposed to a great deal of change through restructuring [of Imation], including extensive involvement in mergers and acquisitions, which is useful experience to lead a growing family business.”

She is now Logistics Planning Services’ CEO. And if you want evidence that she did the right thing, consider this: Logistics Planning has been named to the Inc. 5000 list of fastest-growing private companies every year since 2011. The company’s total freight under management in 2015 was nearly $150 million, while over the past three years, revenues have grown 153 percent.

Logistics Planning has come a long way since Larry Hall envisioned the company during a long drive to Montana in 1967. He’d been working as a transportation manager at 3M, but didn’t feel like he was thriving in the corporate culture.

“I remember my dad pulled the minivan off the side of the road, put money in the pay phone and called back to his boss at 3M and quit his job,” Kirsten Hall recalls. Back then, “that’s something that nobody in their right mind would do.”

The vision her father had for his company was to provide more efficient, flexible and comprehensive services for companies needing to ship their goods. Customers can choose to have the freight broker arrange all of its shipment through LPS’ trucking or rail partners, or they can use LPS as a “fourth party,” working in concert with other freight companies.

The company officially became a family business in 1995 when Larry’s wife, Pam, joined as HR manager and CFO. Each of their children has come on board as their skills were needed. Nate, the middle kid, joined in 2006 when his parents needed an overhaul of LPS’ web presence. Working as a webmaster at Belgian financial services firm BNP Paribas Fortis at the time, he was able to step into the role of director of information systems at LPS. He now serves as vice president of information technology.

Justin, the youngest, joined next, not long after finishing college. After several years logging thousands of miles to see clients, he was named company president. This past June, he left the family business to gain experience at Kansas-based logistics company YRC Worldwide, which specializes in less-than-truckload transport. He plans to return to LPS in a few years.

While the three Hall children each arrived at the business at different times, they worked together to develop a plan to take the reins of leadership, a plan that reflected each sibling’s strengths. Meanwhile, the senior Halls had begun planning an eventual transfer of ownership to them.

Kirsten credits her parents’ foresight in seeking outside counsel on how to make the transition as smooth as possible. The family set up a trust that transferred partial ownership to the second generation over six years. This partial transfer was completed in 2015. Pam Hall remains an owner but has largely stepped away from the business, while her husband pops into the office from time to time to help. But the parents leave the day-to-day management of the company to the two children. (Kirsten’s 16-year-old son, Austin, works a few hours per day handling entry-level dispatching of loads and tracking of shipments.)

The smooth transition was no stroke of luck. “The other family companies that I’ve worked with tend to be a bit messy,” says Kevin Burkhart, who worked with LPS when he owned Savage-based marketing agency StepStone Group. “The Halls have figured out how to balance their private and work life. They’re a family that really cares about each other, and it shows.”

When Larry Hall founded the business, he incorporated philanthropy as one of Logistics Planning’s core values. Over the years, the company and its employees have participated in numerous charitable activities. For more than a decade, it has held an annual LPS for Vets charity golf event, which raises money for treatment of post-traumatic stress disorder. The Halls also are establishing a foundation through which the family plans to provide continuing contributions to the University of Minnesota Brain Sciences Center’s research in Alzheimer’s disease, epilepsy and other disorders.

That sense of caring is reflected in the company’s core values, which foster a positive approach toward colleagues and business partners, personal integrity, and an ability to learn from mistakes and pursue improvement. “We hire and fire by these values,” Kirsten Hall says. “If we interview someone who has the skill set to do the job but doesn’t meet the core values, we won’t bring that person into the company.”

Another value is loyalty—to company, colleagues, customers and community. “Workers are seen as extended family, and importance is placed on [their] personal needs,” says Paige Krumwiede, a Logistics Planning Services marketing specialist. The Hall family “strives to make sure every employee knows their significance within the company and that their opinions are heard and taken into consideration.”

Yet another company value is summarized by the phrase “Grow or die.” And the Halls see plenty of opportunity for growth. “In our industry, there has been a great deal of consolidation and roll-up,” Kirsten Hall says. Her family’s three-year plan calls for doubling the amount of freight under management to $300 million. Hall’s belief is that failure to grow puts the company at risk.

Even with an aggressive growth agenda, Kirsten Hall thinks the company values will not waver. That’s fundamental to the “Do the right thing” ethos her father established at the company’s founding. “[Values are] the most important part of our business,” she says. The hope for the future “is that you have a generation of individuals that have the same passion that Larry had when he started it.” 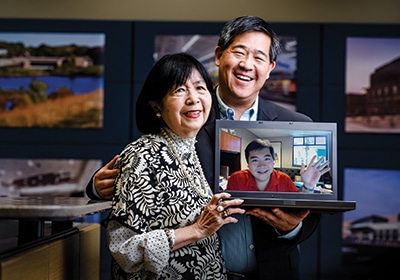 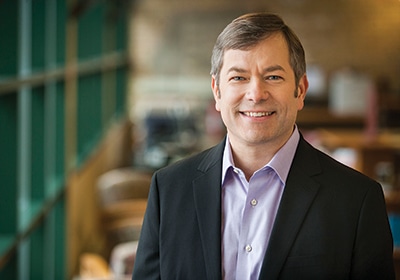