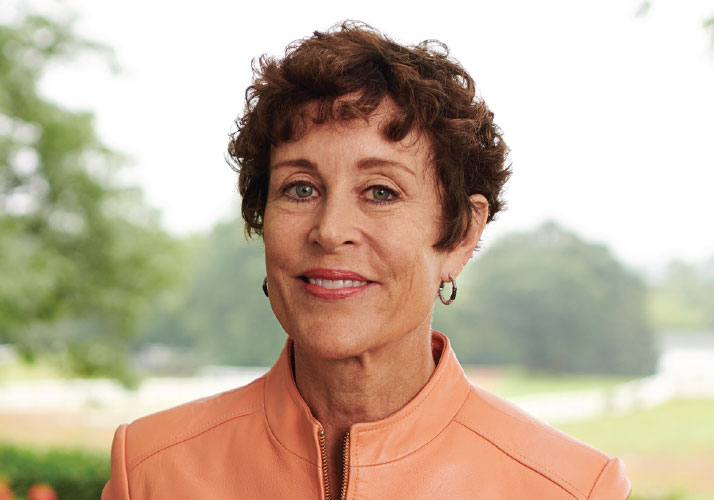 When Kathleen Blatz retired as chief justice of the Minnesota Supreme Court in 2006, she did not adopt a lifestyle of leisure and travel. Instead she’s taken on high-pressure assignments that draw on her ability to act fairly and intelligently under a public microscope.

After Minnesota’s governor and legislators failed to agree on a budget in 2011, Blatz became a key player in the government shutdown. A District Court judge appointed her to serve as special master in the shutdown case, meaning Blatz interpreted which government services should be funded because they were essential.

When leaders of the public authority that runs U.S. Bank Stadium got into hot water for providing free suite tickets to friends and relatives, Gov. Mark Dayton contacted Blatz in 2017 to clean up the mess.

Blatz also has been in high demand to serve on private, public, and nonprofit boards of directors. She’s frequently recruited to join boards because of her ability to analyze substantive issues, find common ground among factions, and do what’s right ethically and strategically.

Blatz, 64, is being recognized by Twin Cities Business for her lifetime achievement of board service that spans three decades. She currently serves on boards for Blue Cross Blue Shield of Minnesota, Columbia Funds, Robina Foundation and Alliss Educational Foundation.

She recently returned to the Blue Cross Blue Shield board after finishing up a six-month stint as the organization’s interim CEO following the resignation of Michael Guyette. “It was not to be a time of treading water,” says Blatz, speaking in the CEO’s office on the sprawling Eagan campus. During her CEO tenure, staff members were working on consumer experience initiatives and adapting to technology changes.

“If you talk to anybody in the health care space right now, Minnesota has left the port,” she says. “We are going from Medicare Cost programs, where it was more fee-for-service, to Medicare Advantage, which is brought on nationally. We have hundreds of thousands of members who will be renewing and changing plans.”

After a long career as a Minnesota state legislator, District Court judge and Supreme Court justice, Blatz joined the Blue Cross Blue Shield board in 2009.

Pam Wheelock, now chief operating officer of Twin Cities Habitat for Humanity, invited Blatz to become a Blue Cross Blue Shield board member. “She is fearless and she is a truth-teller,” Wheelock says. In particular, she adds, Blatz is an attractive candidate for boards because of her reputation for “immense integrity.”

Wheelock recalls a policy problem within Blue Cross Blue Shield that Blatz uncovered and worked with Wheelock to bring to the full board’s attention. “She took pieces of information, data points, and could see that they formed something that caused her concern,” Wheelock says. “To her, it is about the truth and facts. It is around an issue you can’t anticipate that you see how good somebody is on their feet and how their prior life experience prepares them for difficult moments.”

Blatz, whose intellectual rigor was apparent when she was a Phi Beta Kappa student at the University of Notre Dame, approaches her board work somewhat akin to a diligent student. She always does her homework, which means extensive reading and note taking.

“Being a board member can be a lot of work,” she acknowledges. “You have to be invested in it. It is not something where you show up at the board meeting and opine and everybody listens. That’s not what board work is.”

Blatz had seen many facets of health care before she became a Blue Cross Blue Shield board member. She was exposed to health care legal cases after graduating from the University of Minnesota Law School in 1984. She earned a master’s in social work from the U of M in 1978 and worked for Fairview Hospital. She also served on the Minnesota House Health and Human Services Committee.

Former Gov. Arne Carlson, like Blatz a moderate Republican in the 1990s, appointed her to the Minnesota Supreme Court in 1996. He elevated her to chief justice in 1998.

Carlson and Blatz worked together as members of the Columbia Funds board, which provides oversight on the management of mutual funds. “We are there on behalf of the investors, the shareholders, and that is a nice space to be in,” Blatz says.

On the Columbia Funds board as well as other boards, she says, members need to perform “an oversight function and make sure that you don’t spend time in the weeds.” When a board has “active oversight,” she says, it means “you are engaged, you are asking the right questions, you have an active committee system.”

Stephen Lewis, former Carleton College president, previously chaired the Columbia Funds board and now serves with Blatz on the Robina Foundation board.

At Columbia, Lewis says, “We had about $130 billion of other people’s money that we were overseeing. There were over 140 different funds that owned thousands of securities. Every one had to have a price attached every day at the close of business.”

Blatz served on the Compliance Committee for Columbia, so she regularly got reports that included things managers might have missed, as well as details on securities that were suspended. “She was a tigress on compliance stuff,” Lewis says, because she wanted to make sure that the fund managers were transparent with the board and “that they understood what they were doing.”

Blatz’s board contributions go well beyond her talent for dissecting financial and other issues, Lewis says. “These are intensely political organizations in a lot of ways, in the sense of small-group politics,” he says. “She is very good at reading people. On the Columbia board, there are some really difficult characters.”

Lewis, who has served on boards for 50-some years, says Blatz demonstrates how to handle the human aspects of board service. “You have to spend enough time on personal relationships, so when somebody says something, you know what they mean,” he notes. “Kathleen is very good at that.”

He also wasn’t surprised when Dayton enlisted Blatz to dive into the stadium management controversy. “She knows how to get things done,” he says.

Wheelock Whitney, Blatz’s husband, who died in 2016, bought an ownership stake in the Vikings in 1987. She was thinking about him when Dayton asked her to solve the stadium authority problems. “I said, ‘Governor, I’m a Vikings fan and a Twins fan. Unlike my husband, I am not a sports expert,’ ” she recalls. In response, Dayton said, “Kathleen, that’s just fine with me. I’m asking you for governance.”

She viewed the $1.1 billion stadium as a beautiful asset. But she knew that the Minnesota Sports Facilities Authority had gotten a black eye over its handling of suite access and compensation of top executives.

“My goal was to restore public trust and confidence in the authority,” Blatz says. As interim chair, she says, “I talked to the reporters when they called and just told them what I knew.” Under her leadership, the chair’s position was converted to part-time with a lower salary, and the authority now maintains a public log of who uses the suites. “Most of the public is very reasonable,” Blatz says. “So I thought what we did was very defensible.”

She currently chairs the board of the Robina Foundation, which was established by the late Jim Binger, an attorney and former Honeywell president and chairman. The foundation is distributing about $175 million over two decades to four institutions important to Binger, including the University of Minnesota Law School.

“He was a great corporate citizen and philanthropist,” Blatz says. “Wheelock was very close to him. He did give his eulogy. They rode horses together every Sunday for 30 years when they were both in town in the summertime.”

She’s excited that Robina makes what she terms “transformative grants.” In 2017, Robina awarded the University of Minnesota Law School a $25 million grant to support the Center for New Americans, a professorship, and scholarships. The center is developing a national model to provide legal services for immigrants.

When Blatz isn’t serving on boards, her passion is working as an arbitrator in civil disputes. “Both sides ask me to do it,” she says. “I really love law.” She hopes to reach the 50-year marker for maintaining a law license. “I will always take law cases as long as people want me to do it.”